My Personal 2022 Game Awards for Videogame Excess and Excellence 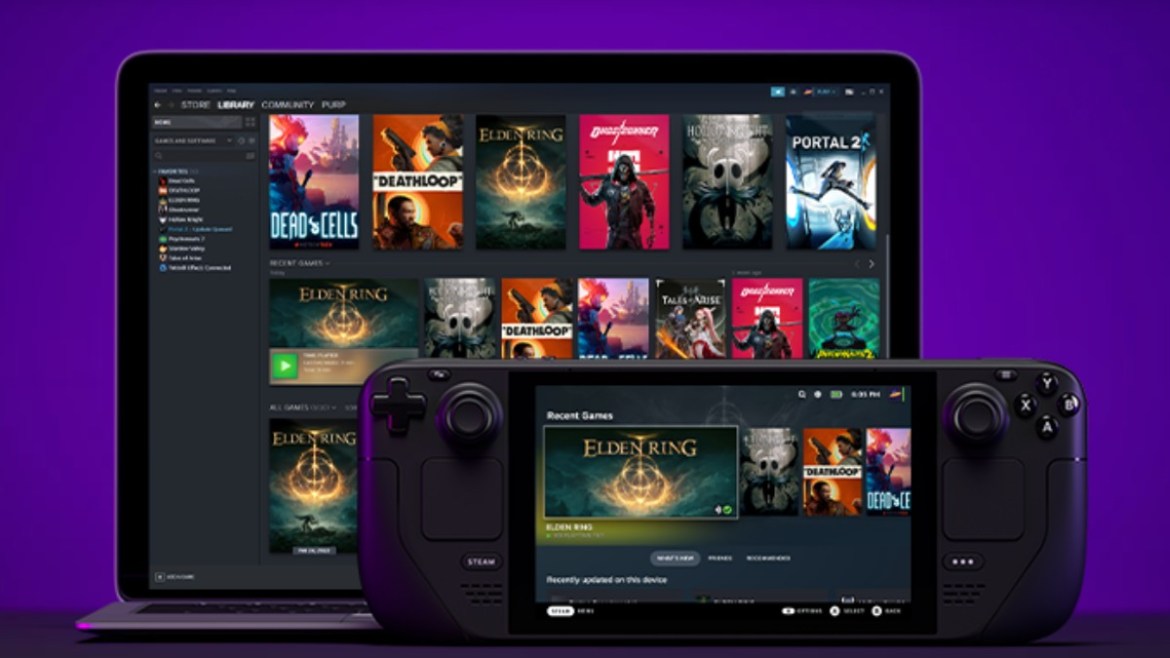 At times like these, I am reminded of the things in life I feel grateful for. Things like being able to pay my rent and feed my family, since Prima Games didn’t shut down last year. Was Prima going to shut down last year? No idea, but weird stuff definitely went down. Weird stuff that ruined all our holiday and year-end plans! We got things back on track for 2022, and that’s why I’m revisiting my favorite gimmick. Back when I wrote for Shonen Jump, my editor and I would make our own awards for E3, instead of putting “best of show” stickers on booths like the other dorks.

I brought the tradition to Prima Games, but since E3 went and… you know, I brought it to the end of year party. So while you can watch The Game Awards or check out our eventual Game of the Year coverage for the safe, traditional stuff, you can stop by here with your ol’ pal Lucas for something a little different. Are these sincere valuations of 2022 in gaming? Are these all shitposts? Who can say? I sure can’t.

The Meritocracy is a Lie Award – Executives, Shareholders and Investors

When the pandemic kicked off, a lot of metrics went awry. Numbers for videogame engagement and purchases went through the roof, as upper middle class folks were able to comfortably stay home for a few weeks while service workers died to sell burgers. Of course, the executive class smelled blood in the water.

Except these people aren’t sharks; they’re just idiots. It was actually sewage in the water, not blood. But they ate it up anyway. Seeing these numbers surge to unprecedented levels, the suits all lined up to dump a bunch of speculative money into gaming, doing things like staffing up at gaming websites, whatever the hell GameStop was doing and rebooting G4 for the… third time (in the most irresponsible way possible)?

Of course, when North America decided the pandemic was over (it wasn’t), people went back outside again and bought gasoline and food and burgers instead of videogames. All the dumbasses who thought these boosted metrics would be permanent soiled themselves, and started laying off tons of people and shutting things down in a desperate and feeble attempt to save face. While ruining hundreds of lives of course. Business people are very smart! Fuck off.

The We Get It, You Vape Award – Steam Deck

I’m getting a Steam Deck, and I’m very excited about it. I love handheld gaming. Several of my peers and friends have a Steam Deck, and lots of cool shit is being done with Steam Decks. But also, for goodness’ sake, we collectively need to shut the hell up about the Steam Deck. At least tone it down a little; the hyperbole is sickening. Every time I see “wow I can’t believe those losers still play Nintendo Switch when they could just buy a Steam Deck and play some games on unstable-ass emulators” style discussions I want to hurl. Please enjoy your Steam Decks and be excited about them, but please stop being weird about it!

Microsoft and its leadership did everything it possible could in 2022 to be at the forefront of discussion in the gaming community. Except for, you know, releasing a videogame or two. The whole year has been full of chatter over the attempted Activision purchase, not only spawning tendrils of discourse to other companies but stretching its own presence as thinly as possible. Activision has had more legal drama than ever before, and Microsoft has been comically trying to convince a UK court how much it sucks in order to win favor over Sony (itself having a corporate temper tantrum over Call of Duty).

That’s on top of whatever else has happened this year, like arguments over Game Pass and cloud gaming. Now the FTC is involved, so we can get ready for a 2023 full of similar nonsense as well.

The Shutting the Fuck Up is Free Award – John Garvin

John Garvin, the lead writer on Days Gone, was already somewhat known for being a gum-flapper when he yelled about being pissed off people buy games on sale sometimes. This time, when asked about Days Gone’s modest success, Garvin took this as a chance to lash out again, this time blaming critics focusing on technical issues and being “woke” or something. Of course, a quick look at most Days Gone reviews with scores in the 70s mostly just said it was boring.

Bend Studio distanced itself publicly from the comment of course, and considering Garvin has long since left Bend and is now working on some useless blockchain grift. The problem here is definitely woke critics, and not someone upset their Lee Child paperback-tier zombie story was a dud.

Square Enix is having a great time with itself lately. It seems like interest in JRPGs has boomed, so the folks running the show just keep reaching into a bag and throwing out whatever they can grab. Just in 2022 we saw new iterations/ports/remasters of Valkyrie Profile, Live A Live, Chrono Cross, Romancing SaGa, Crisis Core and Tactics Ogre. That’s on top of new games and even some new IP. Pump the brakes a little, damn!

Soul Hackers 2 is a new JRPG from Atlus, and is connected to the greater Megami Tensei universe. So naturally, that meant we mostly had to figure out if Soul Hackers was like Persona, how much it is or isn’t like Persona, if it’s a good thing or not to compare it to Persona, and if the differences from Persona are good or bad. I feel like we just went through this with Shin Megami Tensei V.

Welcome to the mind of a different kind
Where we’ve been growing slowly
Think I’m on eleven, but I’m on a nine
Guess you don’t really know me
Running from the past is a losing game
It never brings you glory
Been down this road before
Already know this story

Stray was a pretty hotly anticipated title shown off during a lot of PlayStation State of Plays and soaking up a lot of the conversation. Then the “cat game” came out and it was cute, but mostly okay. People mostly stopped talking about it, then it was the Indie Game of the Show at the Game Awards for some reason. I’m not sure what this odd turn of events says about the Game Awards or how they’re put together, the power of advertising, or what. But it’s probably best not to think too hard about it.

Horizon just can’t seem to catch a break! First it had to go up against The Legend of Zelda: Breath of the Wild. Then it had to brush up against both God of War and Elden Ring, two juggernauts of conversation chokepoints. Forbidden West, despite how well-received it was, just couldn’t quite punch its way out of the shadows cast by its blockbuster peers. And next year, Forbidden West gets an expansion (and a VR spinoff?) and guess what? New Zelda game. Brutal.

I didn’t bother messing with Elden Ring too much here because all that energy was sucked into Armored Core like a black hole with a bunch of cool missile attachments and jet boosters. Credits barely finished rolling for The Game Awards before the “is Armored Core VI gonna be a Soulslike?” talk started. When that game drops we’re gonna be in for a real tornado of discourse, with all the usual FromSoft talking points and then some. It’s gonna be a whole new era of online gamers. Brace yourselves.