The Metroidvania for Lovecraft Nerds 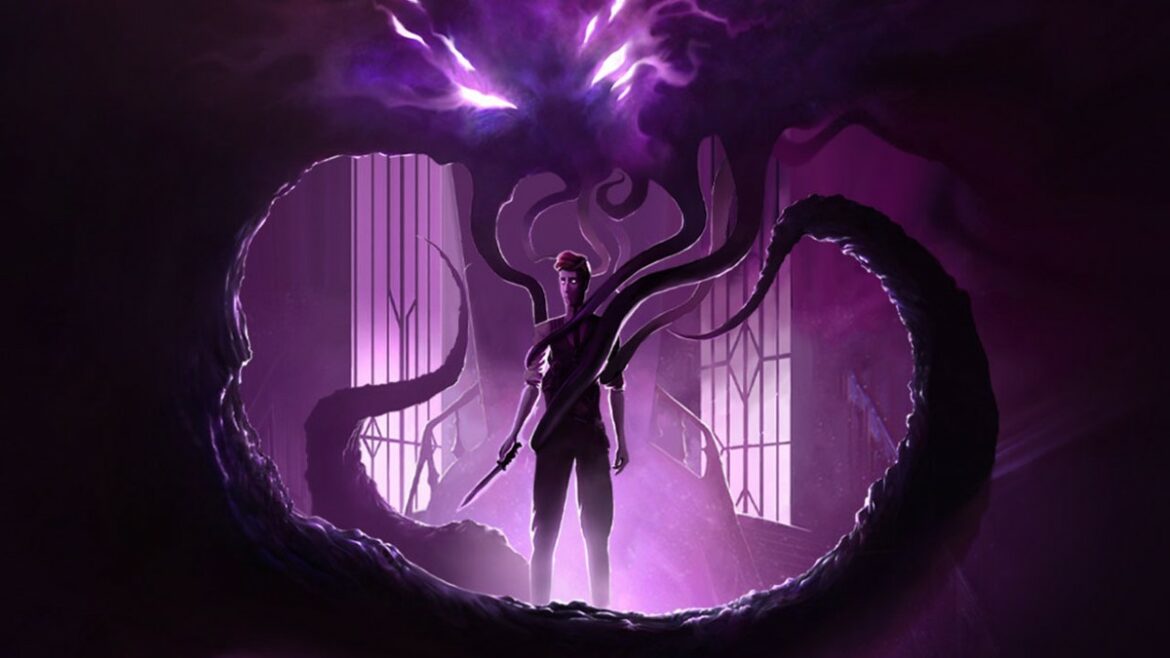 Some interesting games were revealed during… whatever the hell you wanna call the 2022 summer event season. Everyone just said E3 2022 anyway even though that event didn’t happen. Videogames. Anyway, one game that really stood out to me during the Xbox & Bethesda Games Showcase was The Last Case of Benedict Fox. From its striking title to its moody, stylish visual vibe, Benedict Fox stuck with me. So when I was given an opportunity to ask the development team at Plot Twist some questions… Why not?

Related: Every Game Shown During the Xbox Bethesda Showcase 2022

Obviously I didn’t know much about the game, although a more in-depth preview video was provided. Still, with a brand new IP and only some slight video footage to work with, what could I ask about the game specifically and get quality answers for? I tried my best to ask some higher level questions about Benedict Fox, and Creative Director Bartłomiej Lesiakowski got back to me with some good stuff.

Lucas White, Prima Games: Is Benedict Fox designed with things like sequence breaking in mind, or is the intent a more deliberately guided experience?

Bartłomiej Lesiakowski, Creative Director, Plot Twist: We want to leave it up to the player to skip certain sequences or get to certain storyline events through shortcuts, but to us, this is not a priority. We are more focused on the guided experience.

Lovecraft is mentioned of course, but does the story or style draw from other supernatural mythology? Or what aspects of Lovecraft specifically would the team point to as inspiration?

Lesiakowski: Apart from Lovecraft, we draw a little bit of inspiration from the Bible, loosely from ancient myths, and also from urban legends. We also sprinkled our own original ideas and this is how our world was created. As for Lovecraft himself, we like elements of both the Cthulhu mythos and his whole idea on cosmic horror. It’s a real gold mine of fantastic ideas.

What sorts of themes are the team trying to explore in Benedict Fox? Is there a main question or thesis to the story beyond the in-game plot?

Lesiakowski: At the highest level of abstraction, Benedict Fox is influenced by classical tragedies, a story at the heart of which lies the individual’s insurmountable conflict with higher forces and fate. It’s also about the desperate attempts one might take to regain control of one’s own life.
What does all of this mean when it comes to Benedict Fox? We can’t reveal that just yet…

How much minutiae is baked into the combat? Will we be seeing things like elaborate combo potential, or is it more grounded or straightforward?

Lesiakowski: Above all, we want our combat system to be accessible and that every action a player makes has a tactical application. Benedict is not a superhero, so he and the player will have to choose the clashes they take part in very carefully. And when the clash does take place, we want you to be very conscious of the actions that you will perform.

Is this game designed to be difficult in a, well, Soulslike sort of way? What sorts of setbacks can players expect, and are difficulty choices a factor?

Lesiakowski: The game will not be as challenging as a Soulslike, but it will share some ideas and solutions with them – especially when it comes to the aspect of player’s death. We think that this mixes really well with the metroidvania approach to exploration. In general, our idea is to offer the player solid challenges, but in small, digestible portions.

How in-depth is the map? Is it something like Hollow Knight in which the details are minimal, or more like a Metroid with lots of recorded details? Does the alternate dimension/demon realm have a map of its own, or are those more self-contained chunks of play?

Lesiakowski: The player will be able to customize how their map will be displayed in their game. At the start, we’ll ask if you would like more of a challenge or immersion and we’ll adjust the amount of information displayed on the map accordingly.
There is only one map in the game, and 90% of it is the limbo that we descend into to explore and fight. The house acts as a hub, a safe haven … which doesn’t mean it doesn’t hide a lot of secrets of its own.

What does progression look like? Does Benedict level up, or is the game more about uncovering new moves or solving puzzles to pass gates?

Lesiakowski: We have a slightly different evolution system based on two separate currencies: one earned for exploration and the other earned for combat. These currencies will be usable with NPCs to gain new abilities and buy or upgrade equipment.

When creating a stylish visual work with lots of deep colors and darker environments, what concerns are there with signposting? Is it difficult to provide guidance to the player while maintaining the vibe?

Lesiakowski: Yes, this is a huge challenge. Our number one goal is to create as immersive of an environment as possible, one that the player can fully immerse themselves in and get lost. However, we can’t forget about pure gameplay mechanics either, so the challenge is a constant tug-of-war between game designers and level artists 🙂 It’s impossible to remove ‘signposting’ completely, but we certainly try to minimize it as much as we can.

When making a Metroidvania in Current Year, what aspects/staples of the genre are non-negotiable (or at least important to keep familiar) and on the other end, which aspects were the first the team sought to subvert or challenge?

Lesiakowski: When developing games, nothing is sacred. We don’t want to take the easy road, and even if we use tried and tested solutions, we try to give them our own twist. I don’t want to reveal too many details just yet, but what I can say is that players will find both classic solutions and some fresh ideas like creating a multi-level metroidvania lock that is puzzle based and will require both gathering clues and the players’ knowledge rather than acquiring a skill or a power up.

What kinds of lessons are learned when making a Metroidvania? Does anyone feel stronger in any parts of game development/design after overcoming new obstacles?

Lesiakowski: I think the biggest challenge is just how much of a team effort it is to create a metroidvania. A story with a map, combat with exploration, art with design, audio with level artists and more ! In order to create a truly cohesive metroidvania, all of the different teams have to work really closely together and understand the overall vision of what the game should ultimately look like. This kind of teamwork is sure to bear fruit regardless of our next challenges or projects.

That’s a wrap on another Prima Games interview! I think the takeaways here are the details we got about the map, the inspirations and themes for Benedict Fox, and some hints about how Benedict will get stronger throughout the game.

Thanks to Mr. Lesiakowski and the PR representative who facilitated the interview. The Last Case of Benedict Fox is currently looking at a 2023 launch for the Xbox Series and PC.

The Last Case of Benedict Fox