Kick Their Ass! is the best "GO!" flag ever 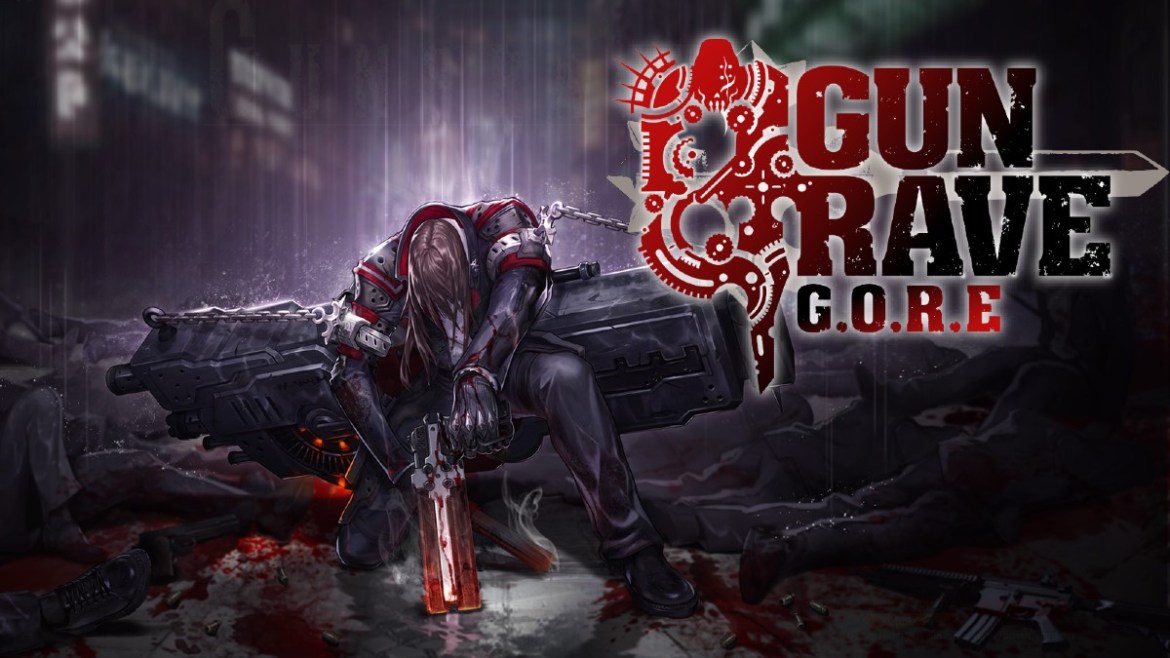 I remember hearing about and seeing Gungrave when it hit the PlayStation 2 back in 2002. I never played it but loved the style I’d later learned was from Trigun’s Yasuhiro Nightow. But it wasn’t until two years later when I tripped over Tech TV’s “Anime Unleashed” midnight anime block that I got to see what Gungrave was all about. Damn near twenty years later and the quiet legacy of my favorite obscure-ish anime kicks back into gear, screeching into view as I meet it head-on. What a weird life I’ve lived.

Gungrave the anime is a tragic story about two lifelong friends fighting together to live, then torn apart by ambition. Gungrave the game is about what happens after, when one friend becomes head honcho of a cartel pushing a drug that turns people into monsters. And the other friend is brought back from the dead by a mad scientist, turning him into a zombie cowboy vigilante. Lots of shooting happens.

Gungrave G.O.R.E. is the first new entry in the series since 2004, making it a trilogy. There was a weird VR prequel-ish thing but it only sort of counts. Beyond the Grave (formerly known as Brandon Heat, yes that’s his full name and yes, it rules) is back at it again, as that supernatural drug once again appears on the streets. His old friend Harry is long gone, so along with his boss (the daughter of Grave’s dead sorta love interest) and another strange character or two, Grave is once again on the warpath to stamp that shit out. And boy howdy does a lot of stamping occur in this videogame.

For my preview, I got to play Gungrave G.O.R.E.’s first four levels, in what seemed like a fairly complete build (I have no indication beyond my own inference; no confirmations here) of the game. I couldn’t go past the fourth level of course, but I could replay each stage as much as I wanted, grind up points to buy skills in The Lab and play with the settings and whatnot. And aside from some issues with jank (mostly camera related), G.O.R.E. is a jam-packed blowout for a dope character who never really got to shine.

Fans of the original game (or even the sequel if fans of that are out there) will be right at home with this game’s unusual gunplay. Newcomers expecting a regular third-person shooter will have to figure out if Gungrave’s particular brand of bullshit is digestible or not. Grave lumbers like Frankenstein’s Monster carrying something very heavy, which is apt since this dude is a massive zombie with a coffin/rocket launcher/chainsaw gimmick slung across his back.

Grave’s two guns (of a set of three called Cerberus, natch), the standard-issue weapon for any self-assured anime badass, almost have a life of their own. Like the games before it, G.O.R.E. has an almost arcade light gun-like vibe to it, with the player’s inputs being more like suggestions as Grave’s wild bullet spraying finds targets almost by magic. It’s weird at first but grows on you once the rest of the game clicks, and you realize you’re more worried about keeping your “Beat” going than precision or survival.

G.O.R.E. understands the first two Gungrave games, despite their arcade charm, came off as a bit shallow. So this thing shows up and drops a whole-ass upgrade menu on the table. Grave can expand his moveset with different coffin-swinging combos, throws and follow-ups, somehow more over the top Demolition Shots and more. There are also stats you can upgrade, with points you accumulate as you play or replay levels. The level of “depth” here isn’t stepping into Devil May Cry territory, but it gives players plenty to consider besides spraying bullets and rolling.

Visually we’re looking at the most fidelity a single Gungrave game (the show was animated by Madhouse; there’s no touching that) has ever saddled up with. This game’s sleek, urban fantasy-slash-edgy anime look shines, and Beyond the Grave is suave as hell. Dude looks more like a vampire than a hulking cowboy zombie now. There are tons of options in the PC settings menu, with all the modern conventions such as Ray Tracing and AI resolution enhancement. I’ll miss the more aggressive cel-shaded Trigun look of the original PS2 game, but the vibe here seeks a middle ground between that and the anime’s dour mood.

I’m not sure how long Gungrave G.O.R.E. will end up being. The other two games are quick, arcadey two-ish hour bangers. So if the new game is longer I wonder if there’s enough in the skill upgrades and other unlockables to sustain the chaotic energy these first few levels exhume. But for the preview I felt like I was playing a new Gungrave on a whole new level of scale that added tons of unexpected options while preserving the distinct core.

I do hope between now and launch some work is done on things like the camera and the dodge maneuver, because I got caught in a corner with the first boss. It kept jumping at me and I didn’t want to start over, so I just mashed the fire button while I couldn’t see anything. Dodging takes a lot of space and doesn’t go through enemies, so it’s easy to get stuck on stuff trying to escape a tight situation. I’m afraid I can’t slap an early Certified Prima Dodge Roll sticker (WIP) on this bad boy at this time. Further hands-on time is needed for a final decision.

After a few years of quietly worrying about my boy Brandon Heat, it was so refreshing to play five minutes into Gungrave G.O.R.E. and think, “holy shit they nailed it.” I was so disappointed when the Thank You for Playing screen struck me down, and am burning for more. Beyond the Grave is back, from… yeah. Good shit, folks.