Elden Ring’s Colosseum is Chaos in All the Right Ways

Finally, a chance to try the Mushroom Queen build 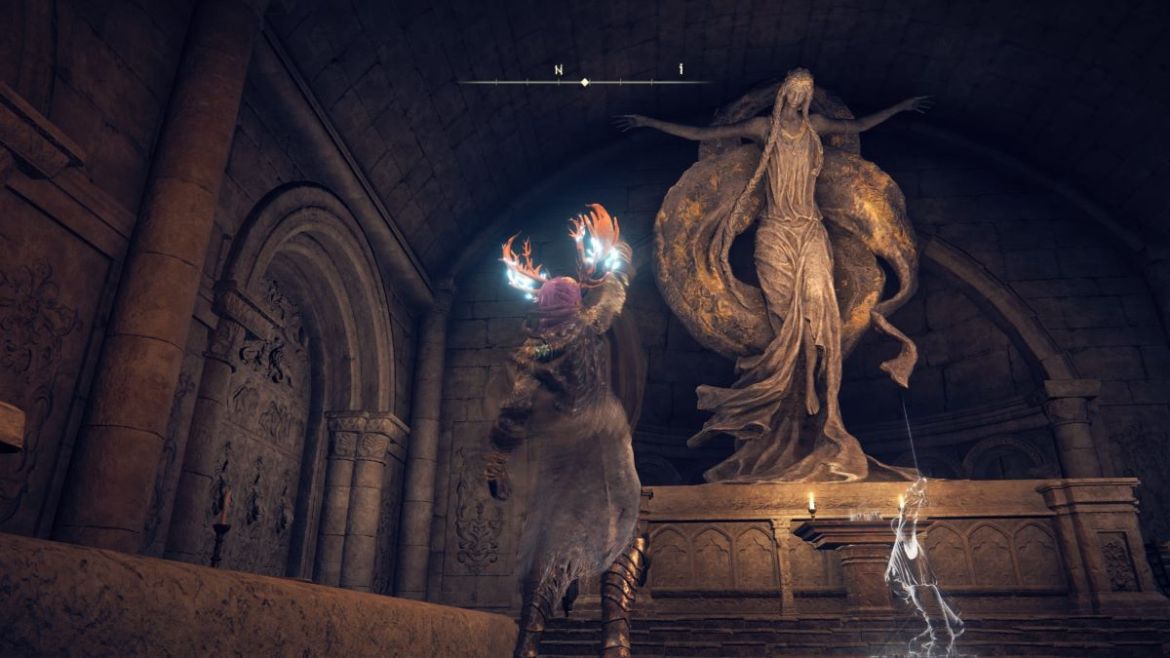 Elden Ring came into 2022, blood-soaked and gleaming in gold, sweeping consoles, PCs, and gaming circles by storm. Something about this vast and brutal world enchanted players, and it’s absolutely unsurprising that Elden Ring took home Game of The Year during The Game Award 2022. During his acceptance speech, the director of Elden Ring, Hidetaka Miyazaki, stated that the story of the Tarnished and Elden Lord wasn’t over yet, as more is in the pipeline. Unfortunately, Miyazaki didn’t provide a release date. But a new update came to Elden Ring this December for players who simply can’t wait.

Elden Ring’s Colosseum Is Chaos in All the Right Ways

This update finally used the colosseums players could find scattered across the Land Between. These grand structures, guarded occasionally by invaders or gladiators, were clearly meant to foreshadow something. In the latest Elden Ring update, players are invited to return to the Lands Between to throw down the gauntlet in these colosseums, pitting themselves against others in duels that can be customized or free-for-all death matches.

While PvP has always been a part of Elden Ring (sometimes even a necessary part, if you wanted to progress certain quest lines), it’s always been a little lackluster. While the early days of Elden Ring were fairly carefree and rife with interesting builds, the PvP system began to deteriorate as time passed. Invaders might find themselves invading or being invited into games where they’d be pitted against multiple people or the exact same weapons and build ad nauseum.

But with the release of the Colosseums, an element of the absolute chaos was introduced into PvP. Players now have the opportunity to Duel (removing the threat of being jumped by someone’s buddies), United Combat, which pits two teams against each other, and Combat Ordeal, which is a free-for-all mode.

While in Duel and United Combat you’re more likely to face players with meta builds, Combat Ordeal has more frequently broken the mold. While it’s true, you’ll encounter many players wielding the standard Moonveil or The Rivers Of Blood Katana, there will still be some interesting and off-meta builds in play. It’s hilarious to see someone strolling casually up to you with two Fingerprint shields or being chased around the field by someone spewing bubbles.

Related: Death Before Dishonor: The Best Builds to Bring to Elden Ring’s Colosseum

One of the best aspects of Elden Ring is the utter insanity of its community. Frequently, the most confusing and hilarious builds are wielded by the best players, who make it work and dominate using them. And the success of these off-meta builds leads to more innovation as players are inspired to take risks.

Elden Ring is practically bursting at the seams with the number of weapons, armor, ashes, and incantations it offers. There is a build that should speak to every person’s play style and strengths. Meta builds kill that creativity and kill the PvP scene. And while they surely have a place, it’s fantastic to see that they haven’t yet consumed the battle royale brought to the colosseums.

If you’re considering returning to the Lands Between, now is the time to do it.