The Fast and the Furious, Jason Blum, and The Beetles were just some of the highlights of the Universal Pictures presentation at Cinemacon 2019 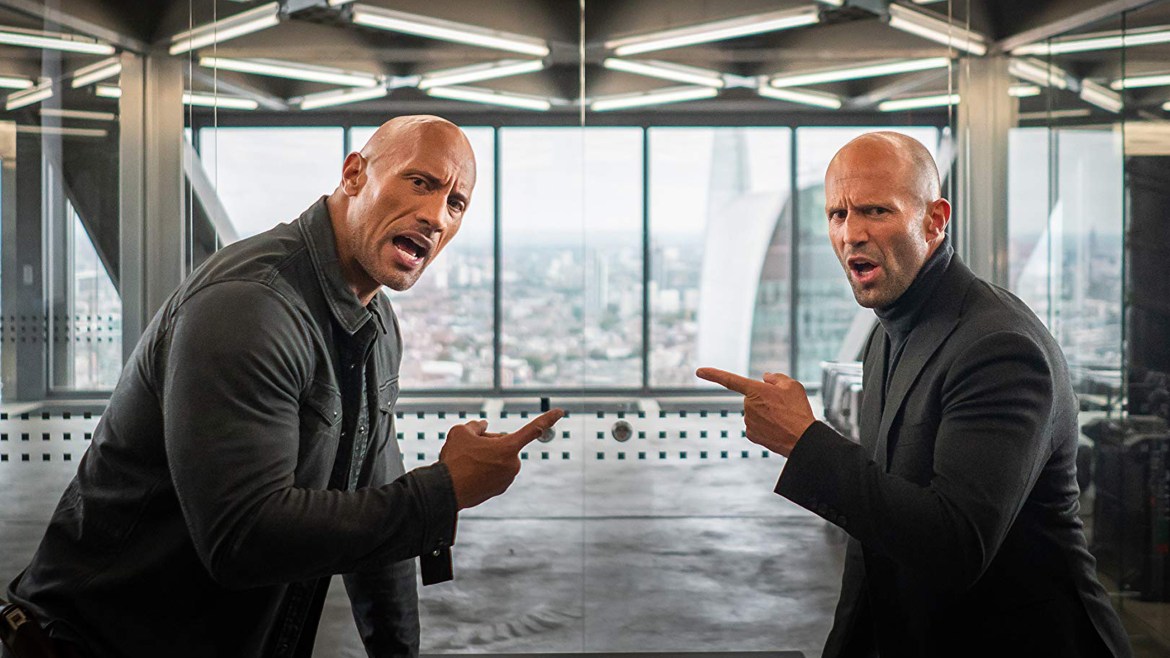 It’s been a fun week here in Las Vegas, NV for Cinemacon 2019, but things are starting to wind down as we get into the third day of the trade show. The Universal Pictures presentation looked to top the other studios, and with the Fast and the Furious, Downton Abbey, and more, the company did not disappoint.

First up was The Secret Life of Pets 2, with Kevin Hart returning, and Tiffany Haddish serving as a new addition to the ensemble. The footage had a lot of similarities to the first film, as you might expect, but the highlight of the presentation was that their real-life pet counterparts were on stage with them. Harrison Ford has also been added to the new film, although he wasn’t present at the event. The Secret Life Of Pets 2 debuts in theaters on June 7.

Keeping with the theme of pets, Universal showcased A Dog’s Journey, with Dennis Quaid. The famed actor appeared on stage with Peaches, the dog from the film. This is the next film, following A Dog’s Purpose, and based on the popular series of novels.

Skipping from dogs to suspenseful thrillers, Jason Blum took the stage to introduce Ma. Octavia Spencer takes a step outside of her normal comfort zone and it felt as though she fits right in with the horror/suspense genre. The film confronts the effects of bullying and where it can lead if it’s not kept in check and monitored. Spencer’s character lives alone and keeps to herself, but a a group of teenagers get her to buy alcohol for them, which leads to a series of crazy events and dark twists. Ma hits theaters on May 31.

Next up on stage was Will Packer of Will Packer Productions. His new film is called, Little, and stars Marsai Martin as the titular character, along with Regina Hall, and Issa Rae. Martin is a producer on the film, which makes her the youngest producer in Hollywood. She even pitched the idea for the film at the ripe old age of 10. The movie is a comedy that checks all the boxes and looks like it will be fun for the entire family when it releases next week on April 12th.

Beetles fans rejoice! Yesterday is the story of Jack, who is a musician in England that has a bad encounter with a bus. When he gets out of the hospital he realizes that he’s the only person in the world who has heard of The Beatles. Luckily he knows many of their songs from memory and embodies The Beetles as he rises to fame in this new alternate reality Yesterday will arrive in theaters on June 28.

There have been a number of TV shows that had theatrical sequels, but the anticipation around the Downton Abbey movie seems nearly unmatched. As someone who hasn’t seen the show, it’s difficult to say how good or bad the footage looked, but it did look like Downton Abbey. If you’re a fan of the series, this is the next step in that story, and features the same creative team behind the series. Fans should have a lot to look forward to when the Downton Abbey film releases in theaters on September 20th.

Wrapping up the Universal presentation were Queen & Slim and The Fast & Furious Presents: Hobbs & Shaw. Queen & Slim features Jodie Turner-Smith and Daniel Kaluuya as a couple that’s pulled over by the police. Things don’t go well, and it sets the couple on a Bonnie and Clyde-like path of violence and destruction. Queen & Slim hits theaters on November 27.

David Leitch will direct Dwayne Johnson and Jason Statham as they reprise their roles from the Fast and Furious franchise in the first offshoot, Hobbs & Shaw.Both stars were in attendance to showcase a sizzle reel for the new film, which, as you may have guessed, looked like a high stakes Fast and Furious film. The lack of ensemble cast didn’t seem to change much, especially with the addition of Idris Elba as the main antagonist. Hobbs & Shaw crashes into theaters on August 2nd.