Bugsnax: The Isle of Bigsnax is Shaping Up to Be a Sizable Bite - Prima Games
Featured

Bugsnax: The Isle of Bigsnax is Shaping Up to Be a Sizable Bite 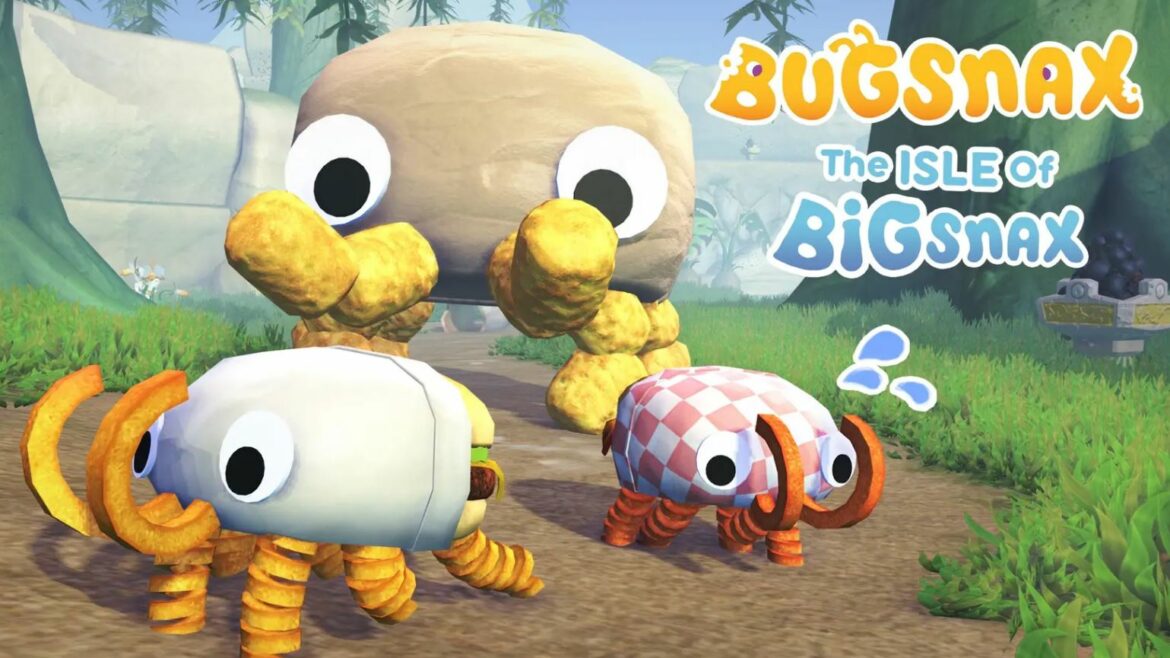 Last week I got to see a presentation of the upcoming free DLC for Bugsnax, The Isle of Bigsnax. The roughly 45-minute presentation showed off a ton of the new features coming to the game.

Most notable is the large previously undiscovered island of Bigsnax. This area is filled with puzzles revolving around, yeah you guessed it, giant Bugsnax. You’ll have access to this area after completing a decent chunk of the main campaign, at which point, you Chandlo, Sheda, and Floofty will get on a raft and explore the island.

Bugsnax: The Isle of Bigsnax is Shaping Up to Be a Sizable Bite

All of the original voice cast has returned for the DLC and Young horses mentioned that some characters like Chandlo and Shelda will have more screentime and deeper stories to dive into.

In total there are eleven new Bigsnax ranging from the Bunger Royale to the flying Tikkada Masala. Just like in the base game you’ll need to use these creatures to your advantage. In the demo, we saw the team use hot sauce to lure the Tikkada Masala to a giant egg, which it picked up and destroyed to birth a completely new Bigsnax.

The Buggy ball is back and is now used to traverse these vertical mazes to unlock new areas. The developers mentioned they felt the Buggy Ball had been underutilized in the base game, so they came up with some more challenges for players to use the tool.

The Isle of Bigsnax is more of the Bugsnax you know and love, but it’s not the only part of this update players will be checking out.

A brand new housing system has been implemented that allows you to customize your house with different furniture items and wallpapers. You just need to talk to Filbo in town to get started. He will show you your new home and mailbox, which is probably already packed with gifts and letters from other town members.

If you’ve completed the game you’ll already have a ton of items unlocked for you to check out and furnish your new house with. As you complete side quests, main story missions, and even new challenges presented in this DLC, you’ll be given more and more items to decorate with and make the house of your Bugsnax dreams.

This goes hand in hand with the new letter challenge system, which will give players new reasons to revisit areas and interact with Bugsnax in a way they haven’t before. Completing these challenges from your mailbox will net you even more rewards for decorating your house.

The final big piece of the update comes in the form of putting little hats on your Bugsnax. There is a pretty wide variety of different teeny hats they can wear. From Chandlo’s backward cap to a propeller hat that looks adorable on a Strabby.

These hats can be found out in the wild, Young Horses likened it to finding a shiny in Pokemon, but less intensive. So when you’re on your adventures be sure to check around for any Bugsnax with hats on to add to your collection!

The last piece of information we learned about the Bugsnax DLC is that it will launch on April 28 2022 alongside two new platforms. Bugsnax is coming to Xbox and Nintendo Switch the same day.