Among Us VR is the Next Stage of Video Game Horror 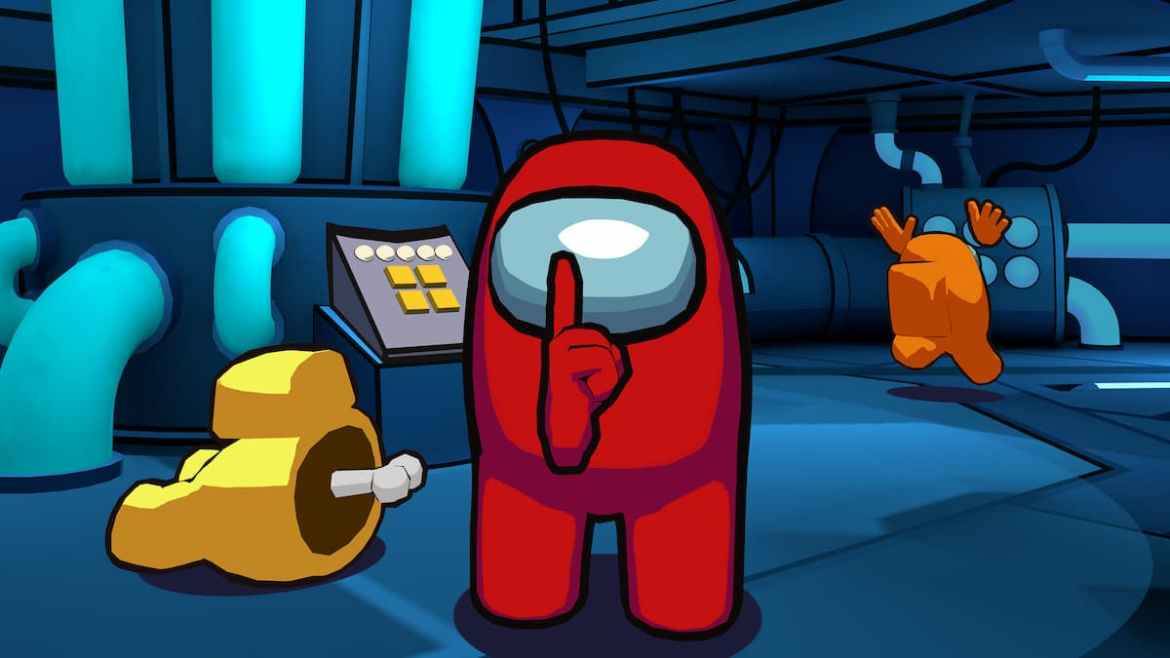 I remember several moments in video games that scared the hell out of me as I was growing up. The earliest was in the original Resident Evil, when you’re walking down that quiet hallway, with no sounds around but your own footsteps, when those dogs suddenly burst through the windows and attack you. It shocked me so much that I threw my PlayStation controller and ran to the living room to sit on the couch next to my Mom. The PS1 era was a golden age of horror; the sound design of Silent Hill, the grotesque sight of spontaneous combustion in Parasite Eve, the terror of being chased by Scissorman in Clock Tower. Man, what a time to ruin a pair of pants.

But those days are over, and otherworldly terrors aren’t what’s scaring gamers in 2022 – it’s other gamers.

Among Us VR is Filled With Fun, Laughter, and Trauma

Traditional Among Us gameplay happens through a birds-eye view, and while it has its thrilling moments, it’s nothing compared to the virtual, first-person perspective in Among Us VR. Though the transition to VR only seemed natural for Among Us, it’s changed it from a goofy murder mystery to a blood-curdling screamfest. Just take a listen to this kid who had the unfortunate luck of running into Twitch streamer reggiewebberr:

I wonder if he played another round after this?

You see, Among Us just hits differently when you only see what’s in front of you. You catch yourself looking over your shoulder while you complete your tasks, not completely sure if that sound you just heard was a person, or the ambient noise of an empty corridor. You wonder if that vent on the wall has a pair of eyes behind it, or if it’s just in your head. That’s what fear is, people – not some jump scare gimmick, but the constant threat of always being watched, always being followed, and never being quite sure if those footsteps behind you have the best intentions.

And that’s all while the lights are still on. Twitch streamer Bigpuffer gives us a taste of what it feels like when you add darkness to the mix:

The fear doesn’t simply stop when a severed body is found, either. Even the interim discussion rounds are panic-inducing, as the immersion of virtual reality makes being accused feel all the more genuine. It’s hard to argue your way out of being ejected when all eyes and fingers are literally being pointed at you, and the sense of presence from your accusers just can’t be understated.

Related: How to Pre-Order the PSVR2

Jokes aside, Among Us VR is a perfect example of a spotless transition of traditional gameplay to virtual reality. With both old and new tasks created and adapted for VR, it’s no wonder why it’s been nominated for Best VR Game in the 2022 Game Awards. You can learn how to vote for it and all the other nominees here. At the moment, only the classic Skeld map is available to play, but judging by its success and popularity, we’ll no doubt see more content added down the line.

Among Us VR is available now on Meta Quest, Rift, and Steam VR.