The answer is more complicated than you might expected. 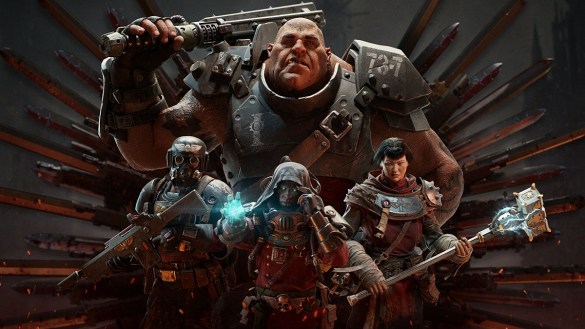 Warhammer 40K: Darktide’s pre-order beta is in full swing, letting those who bought the game early also play the game as more features are implemented. Until November 30, anyone who pre-orders can enjoy numerous missions, weapons, characters, and enemies as they earn plenty of unlocks and loot. With all this progress being earned, you may wonder if this will carry over when the game launches. Here’s whether Warhammer 40K: Darktide’s pre-order beta progress will carry over.

Does Darktide Beta Progress Carry Over?

While we’d love to have an answer for you, the truth is that we don’t know just yet. That’s not to say we’re making this without doing our research, Fatshark themselves aren’t sure either. According to the official pre-order beta FAQ, the team’s goal is “to ensure all progression will carry over from the moment you start playing” but they can’t fully guarantee that at this time. That’s due to the way the pre-order beta is, as the team is still testing systems including progression-related ones. They’d love to have progress saved, but should something unforeseen and critical occurs, they may have to wipe data before launch.

In short, the chances of beta progress carrying over are very high, but aren’t 100%. With that in mind, we suggest not playing so much to where you’d be very upset about losing your progress. It might not matter in the end, but it’s better safe than sorry if you ask us. At the minimum, any rewards earned for things such as pre-ordering, the Imperial Edition, and playing Vermintide will be available in the full game regardless of a possible progression wipe. You likely didn’t expect that to be otherwise, but we thought we’d mention it just to be safe.