Will Starfield Only Run at 30 FPS? - Answered - Prima Games
Tips

Will Starfield Only Run at 30 FPS? – Answered

Will the game's FPS shoot for the stars or remain grounded? 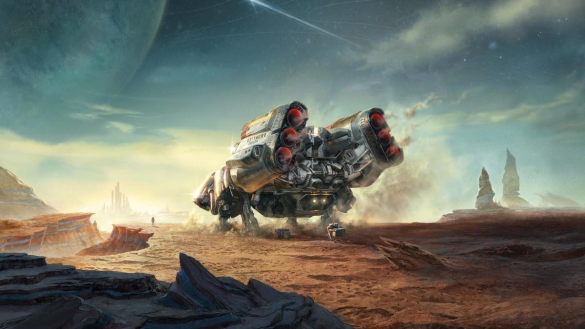 By far one of the most highly-anticipated games coming out of Xbox’s first-party lineup is Starfield, the first Bethesda RPG since Fallout 76 in 2018, and the first new IP from the team in decades. This space-faring game is bound to surprise many in late 2023, though some may also be wondering how it will perform at launch. Here’s whether Starfield will only run at 30 FPS on the Xbox Series consoles.

Can Starfield Only Reach 30 FPS on Xbox Series?

To get the obvious out of the way, yes, Starfield is likely to only run at 30 FPS when put on its Quality mode. This will likely bring the game up to a very high resolution, though you’re asking to sacrifice the framerate this way. As for Performance mode, that’s where things get a little more interesting. As all footage shown for the game up to this point has been in 30 FPS, you may be inclined to believe the game can only hit that high.

While that would be a logical thing to guess, we need to keep in mind that gameplay for Starfield has likely only been shown at its highest quality possible to present itself in a nice light. We likely have yet to see anything out of Performance mode, so there’s a very good chance this mode could sport 60 FPS. We wouldn’t expect anything higher though, like 120 FPS or anything like that. It’s also worth noting that this is entirely speculatory, so take these words with a grain of salt until Xbox or Bethesda gives official details.

If you’re itching for more details regarding both performance for Starfield and gameplay details in general, Xbox is currently planning an exclusive showcase for the game at some point in the near future. While it won’t be at the Developer_Direct on January 25, you can expect it to show up in the coming months.