Where to Get the Thunderbolt TM in Pokemon Scarlet and Violet 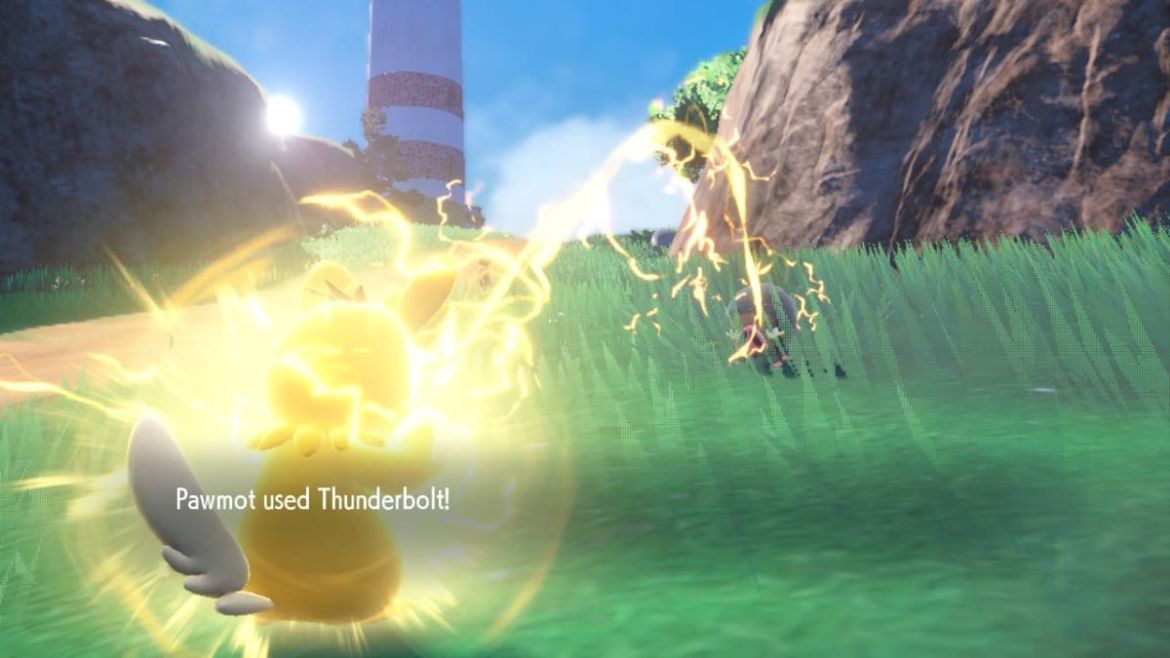 There are some moves in the Pokemon franchise that are classic. They simply have a pizzazz to them that elevates them over all others, that cause trainers to choose them for their Pokemon’s move slots over all others. Hyper Beam, Metal Tail, and, somehow, Thunderbolt.

Perhaps it’s because it’s Ash’s go-to move for Pikachu. Maybe it’s because it’s so reliable: it has fairly decent damage, high accuracy, and a PP pool that ensures you’re unlikely to run out. Whatever the reason, it’s a good move and, if you’re here, you want it in your arsenal.

Where to Get the Thunderbolt TM in Pokemon Scarlet and Violet

Despite it being a fairly common move, this is still a Technical Machine that might have eluded you. You wouldn’t be the only one! It’s hidden off the beaten path a bit. You’ll first want to head towards the West to Porto Marinada. From the Pokecenter, head directly South towards the Raid point. There, close to the Raid point, will be Thunder Bolt!

There’s another Thunderbolt Location available, though it seems to be far more tedious to reach than the TM by Porto Marinada. Still, if for some reason that TM isn’t available to you, head to the Casseroya Falls Fast Travel Point. From there, head up the falls and past the basin to find a Thunderbolt!

Related: Where to Get Metal Coat in Pokemon Scarlet and Violet

It might be a good idea to get all the materials you’ll need to craft this TM beforehand, though. You’ll need 5 Pachirisu Fur, 3 Tadbulb Mucus, and 3 Pichu Fur. I was painfully out of stock of Pachirisu Fur!