When is Squirrel With A Gun Coming Out? - Answered - Prima Games
Tips

When is Squirrel With A Gun Coming Out? – Answered

Hand over the nuts and no one gets hurt! 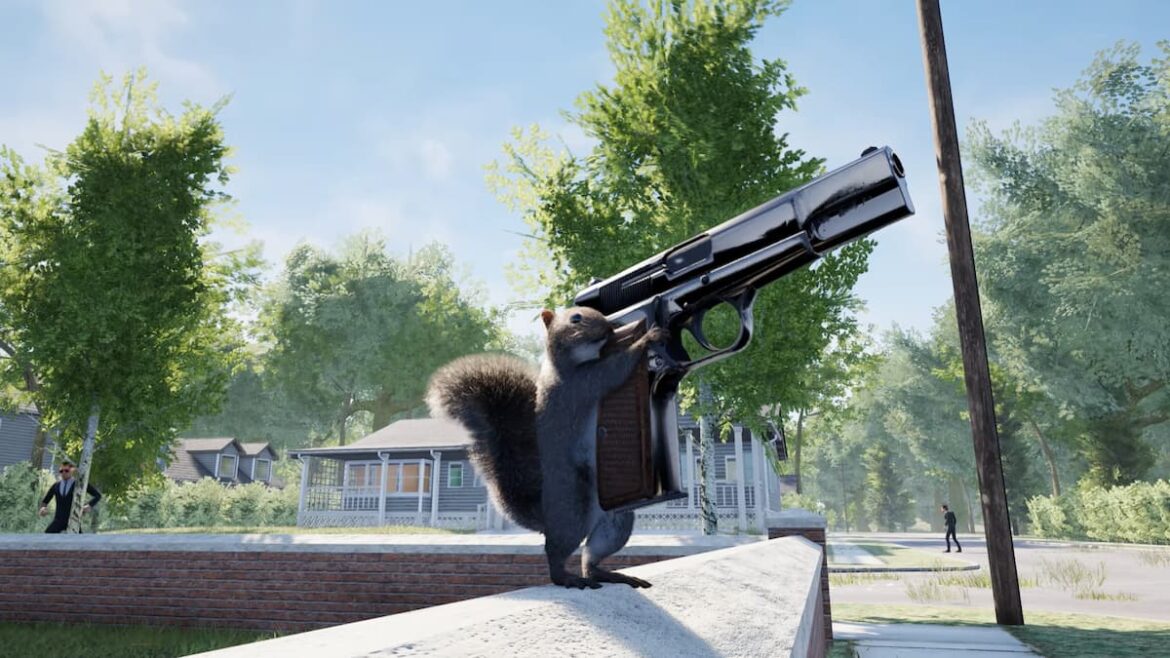 If roaming around dank alleyways as a cat in Stray wasn’t enough to fill up your four-legged furry protagonist cup, then perhaps Dan DeEntremont’s upcoming game, Squirrel With A Gun, will do the trick. Built in Unreal Engine 5, this nutty shooter and exploration sandbox is the developer’s debut title and, after teasing some developmental footage earlier this year, has gained quite a bit a traction and interest. There’s no ambiguity in this game’s name – you play as a squirrel, you have guns, and you do things that squirrels with guns do. So, when is Squirrel With A Gun coming out? Read on to find out.

Does Squirrel With a Gun Have a Release Date?

Currently, Squirrel With A Gun has no specific release date. However, the game has just released its first trailer and now has an official Steam page up where you can wishlist it to stay updated. Compared to the early footage released in March, development has already progressed far, so maybe we’ll get our hands on it by the end of the year. Time will tell, but Dan DeEntremont’s twitter page will be your best source of new clips and information. When a release date has been decided, we’ll update this page to reflect that.

Squirrel With A Gun appears to take place in a suburban neighborhood where, naturally, armed agents will be chasing you down to kill you while seemingly normal pedestrians roam the streets. Combat involves hand-to-paw brawling with the agents and actually includes a parry system, allowing you to disarm your foes and steal their firearms. Once equipped, our squirrel with a gun can prance around and mug pedestrians for their belongings, or shoot their gun while using the recoil to propel themselves to previously unreachable locations. Alternatively, our squirrel can choose to help the neighborhood residents in exchange for goodies for a more peaceful playthrough. Could this be the beginning of a reputation system in Squirrel With A Gun? Dare we ask, a romance system?

We’ll have to wait and see until developer Dan DeEntremont feeds us more samples of Squirrel With A Gun. Until then, stay tuned to Prima Games for the latest tips, guides, and information in gaming.

Squirrel With A Gun