What Are Infested Enemies in Warhammer 40K: Darktide? – Answered

Not all forces of Nurgle are necessarily infested. 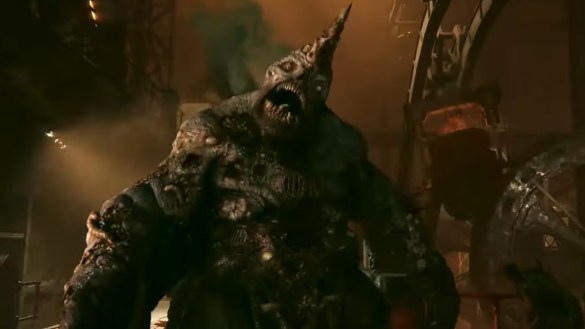 Warhammer 40K: Darktide’s enemy types are as vast as they are disgusting. Sure, some of the soldiers and dreg enemies aren’t too bad, but tell us the Beast of Nurgle is something pretty to look at. That’s a face only a mother could love, and even then. Each type of enemy also matters when it comes to your perks and ensuring you’re outputting as much damage as possible. This enemy type shows up surprisingly frequently, though its enemies can be a tad confusing. Here’s what infested enemies are in Warhammer 40K: Darktide.

The reason you’re asking this, as somewhat mentioned above, is likely due to some perks on weapons increasing damage against infested enemies by around 10% or so. Given that the game doesn’t directly list each enemy, this may leave a few things up in the air. Rest assured, most of your guesses will be correct, barring a small number of exceptions which we’ll explain.

Infested enemies are foes in Darktide who are infested with the rot of Nurgle, freeing themselves from the burdens of pain though infesting them with plague as a result. The most common of these are the Poxwalkers, who are the zombie-like enemies you see throughout the world. Their most defining trait is their lack of armor, wearing standard civilian clothing as compared to the Dregs and Moebian Sixth wearing light and heavy armor respectively.

Related: What is an Unyielding Enemy in Warhammer 40K: Darktide? – Answered

As for specialists and elites, the Pox Hound and Poxburster will reward you with the 10% damage bonus. However, contrary to what you may believe, the Mutant, Plague Ogryn, and Beast of Nurgle all don’t count towards the bonus. The Mutant choice is admittedly a bit confusing even for us, though the Plague Ogryn and Beast of Nurgle are instead grouped into monstrosity damage bonuses. Very confusing, though it’s easier once you get the hang of it.