Guess we should start calling it the Luna New Year. 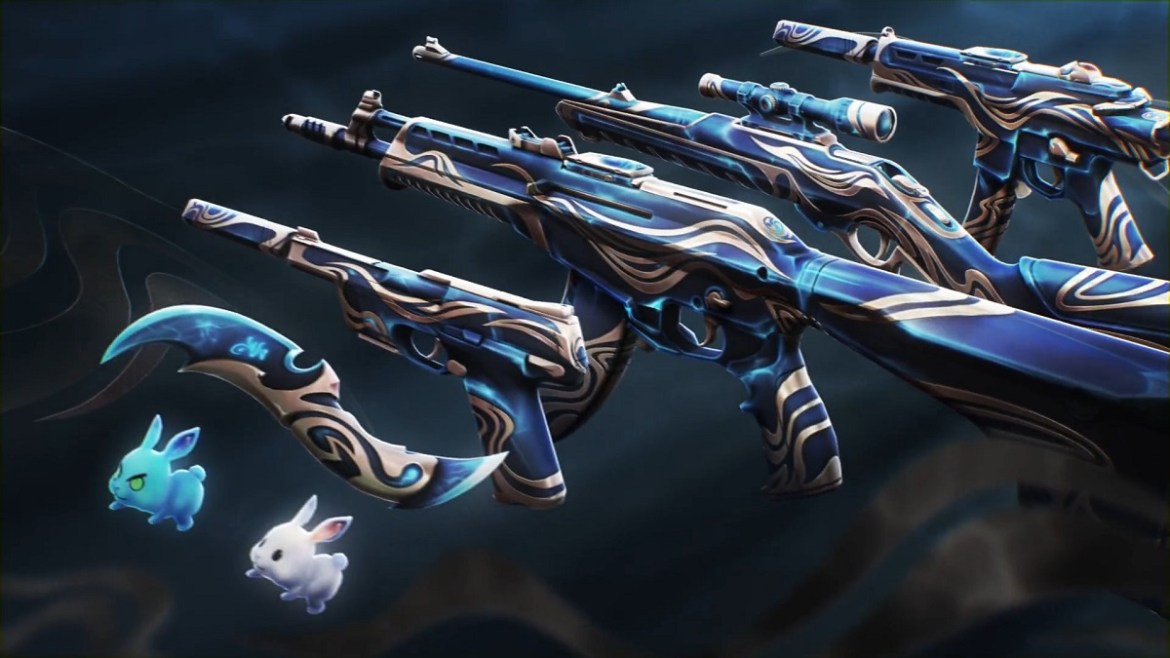 The Lunar New Year is about to be in full swing, with many Eastern cultures preparing to celebrate this yearly tradition. They aren’t the only ones though, with plenty of games looking to celebrate the occasion as well. Take Overwatch 2, for example, which just began its festivities with the return of CTF alongside a new skin for Mei. As for Valorant though, the team has something special prepared. Here’s everything you need to know about the Luna skin bundle in Valorant.

Everything to Know About the Valorant Luna Skin Bundle

As mentioned above, the Luna bundle is designed to celebrate the Lunar New Year, and will follow up the current Araxys skin bundle in the shop. This bundle sports a blue and bronze color scheme, along with a gun buddy that has a unique effect.

What Weapons Are in the Luna Skin Bundle?

As per usual, five skins make their way into this upcoming bundle. These are for the Spectre, Marshal, Vandal, Ghost, and of course, Knife. There’s also the gun buddy as mentioned previously.

How Much Will the Bundle Cost?

While Riot hasn’t given an official price for the bundle, we can infer a few things thanks to the way each skin works. There are no unique gun sounds with the weapon, nor are there unique shooting and reloading animations. There’s a light animation on the gun, and the gun buddy will change whenever firing. Thanks to those details, it’s likely the skins will land in the “Premium” tier, priced at somewhere around the 7K Valorant Point range. This also means each weapon should cost around 1775 VP.

When Will the Bundle Release?

Given the end date of the Araxys skin bundle and the announcement from Riot Games themselves, the Luna bundle should be deployed in the shop on January 26 in PT. From there, it will be active for two weeks before a new bundle hits the shop.