You may want to Pass on checking the subscription day one. 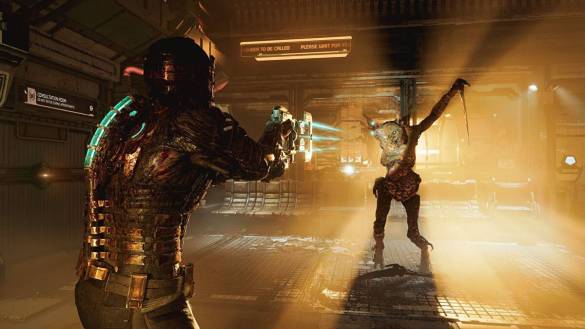 Dead Space Remake is ready to scare the living hell out of you, and hopefully more so than the original game did. With players stepping back into the role of Isaac Clarke, you’ll explore the USG Ishimura after its communications went dark. With so much excitement surrounding the title, you may be wondering if you can dive in through Xbox Game Pass and get easy access. Here’s whether Dead Space Remake is on Game Pass.

Will Dead Space Remake Be on Xbox Game Pass?

As of writing, Dead Space Remake will not be on Xbox Game Pass for PC, Cloud or Console at launch. While Game Pass users have access to EA Play, the game will only be available to EA Play Pro subscribers, meaning that those with Game Pass and the basic EA Play won’t be able to access it. EA may offer a free trial that Game Pass users can take advantage of in the near future, though that won’t be the full game.

While this is unfortunate, it doesn’t mean the remake will never come to Game Pass. EA is fairly good at adding their games to the base EA Play subscription a while after launch, and if they do, Game Pass users would gain immediate access to it. It’s just not something you should expect in the next 12 months, unless for whatever reason sales for the game flop. If you want to play it sooner, you’re better off either purchasing the game or getting a month of EA Play Pro and playing it in that first month.

If you choose to go the route of buying a month of EA Play Pro, Dead Space Remake isn’t the only game you can access. You’ll also get access to Need for Speed Unbound and Madden 2023, for example, along with a wide library of their older titles through base EA Play. Needless to say, you can make good use of that month.