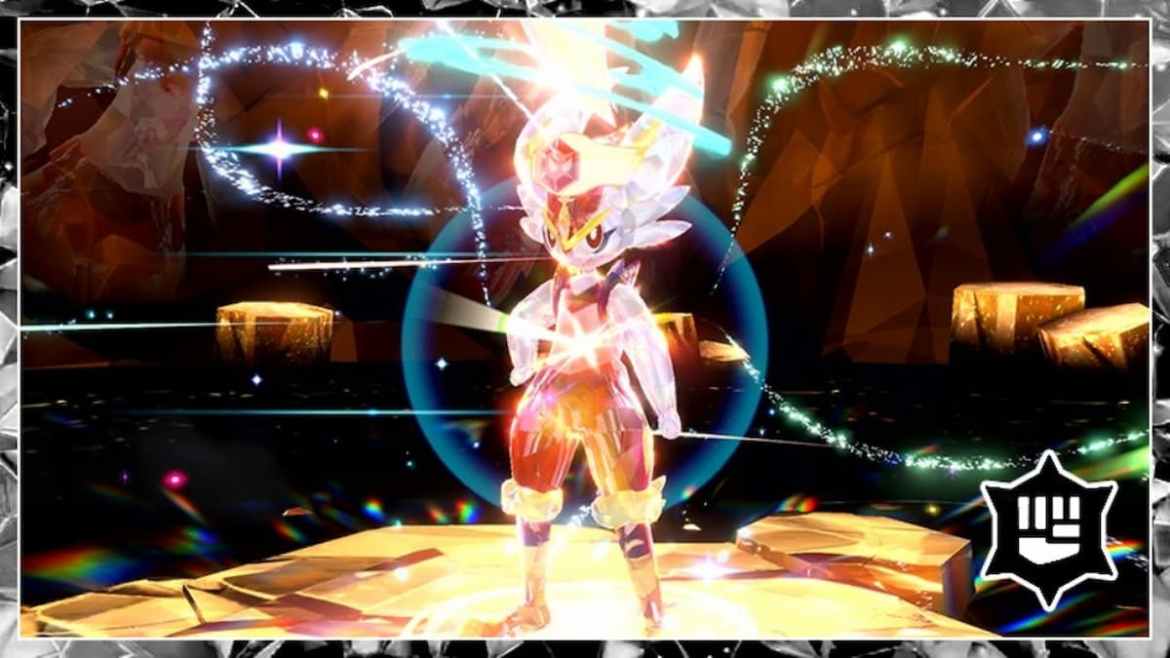 The Cinderace seven-star Tera Raid battle is about to land in Pokemon Scarlet and Violet. If you missed out on Charizard earlier this year, you might be in for a shocking surprise when going into a seven-star fight. Luckily, we’re here to help guide you through this and ensure you’re as prepared as possible. Here is how to prepare for the Cinderace Tera Raid battle in Pokemon Scarlet and Violet.

First, you’ll want to ensure you have the Black Crystal Tera Raids unlocked. This is achieved by completing the main story and Ace Academy Tournament. After completing the tournament, you’ll be tasked with completing a number of five-star Tera Raids. After you do enough of them, the professor will call you and tell you about extra-powerful Black Tera Raid battles. These are six-star raids, but it will also unlock the seven-star raids when they are available.

This might seem obvious, but you’re going to want to train up a Pokemon to level 100. For Cinderace, its Fighting Tera Type means you’ll want to look into a Psychic or Fairy-type Pokemon. We have a list of the best counter picks for Cinderace here. The other important thing to remember is that Cinderace is a Fire-type, so bringing any Pokemon with a Fire weakness is a non-starter.

Related: How to Hyper Train Your Pokemon in Pokemon Scarlet and Violet

Having a level 100 Pokemon isn’t enough to take on Cinderace. You’ll need to EV train your Pokemon, which means allocating specific stat points to it and allowing it to max out two specific stats like Attack and HP. The stats you want to EV train will differ depending on the Pokemon you use. For instance, Flutter Mane has a naturally high Special Attack stat, so you want to EV train Special Attack to maximize its value and let the Pokemon shine for what it’s best at.

Tera Raiding with random players is viable, albeit very tricky. You can’t communicate with them meaningfully, so you’ll put a lot of faith in other players. Gathering a full team of four friends is the best way to ensure you take Cinderace down. Being able to talk and plan when to use cheers, defensive moves, and Terastalize will be your key to victory.

Well, that’s everything you need to do to prepare for the Cinderace Tera Raid battle in Pokemon Scarlet and Violet. You still have some time before the event begins, so make sure you’re doing everything on this list to help out your team.