How to Get Maschiff in Pokemon Scarlet and Violet

Even has fabulous hair! 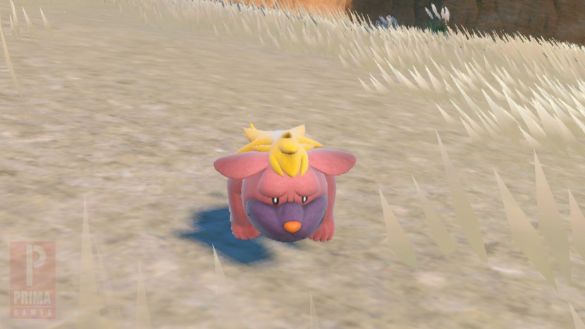 Maschiff is one of many Pokemon you may not encounter if you go in a particular direction after exiting Naranja Academy. Since it spawns in a few exclusive areas, you may end up completely missing this little pup if you venture in a circle around the map. Once you do get one, though, you can evolve it! If you’re interested in learning more, continue reading to discover how to get Maschiff in Pokemon Scarlet and Violet.

How to Get Maschiff in Pokemon Scarlet and Violet

Maschiff frequently spawns in the southwestern part of Paldea. In particular, if you make your way to South Province’s Area Two, you’ll find Maschiffs in abundance around Cortondo. In other words, head directly west out of Mesagoza. If you go east toward Artazon after leaving Mesagoza, you may go a good chunk of your playthrough without ever finding these guys!

Another common spot to find Maschiffs is in West Province’s Areas Two and Three. While these are later-game areas north of Asado Desert and Medali, they’re both great spots if you’re conveniently here and want to catch a few Pokemon. However, travelling up here isn’t worthwhile if you’re still low-level, so stay in South Province and level up your party if you need to.

Related: How to Catch Bronzor in Pokemon Scarlet and Violet

Once you catch your Maschiff, engage in battles with it until the Pokemon reaches level 30! By this point, it’ll evolve into Mabosstiff, allowing you to gain a new Pokedex entry and change up your party! You can also catch Mabosstiff in West Province’s Area Three if you want to avoid leveling your Maschiff.