How to Evolve Pikachu in Pokemon Scarlet and Violet 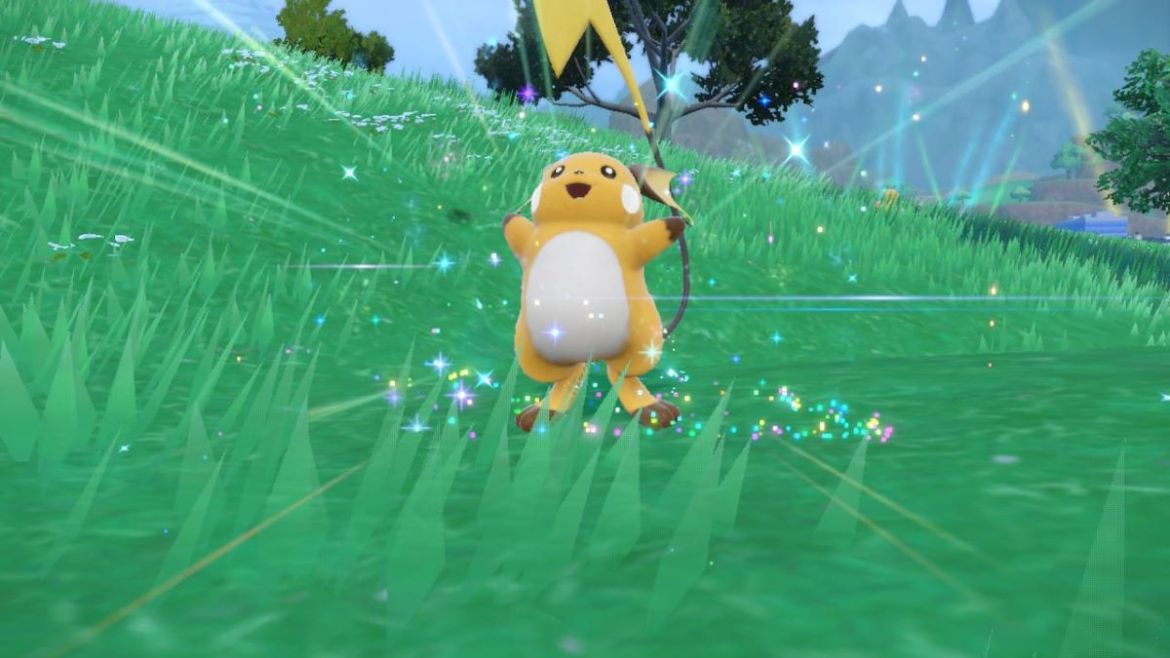 Is there a Pokemon more iconic than the Electric mouse Pokemon, Pikachu? That’s a rhetorical question. We all know the answer. There’s only one Pokemon who’s been at World Champion Pokemon Trainer Ash Ketchum’s side for like 20 years. And there’s one particular Pokemon that The Pokemon Company decided to grace all pre-ordered Pokemon Scarlet and Violet owners with through the Mystery Gift system. Pikachu was here at the beginning, and it will be here at the series collapse. It is the alpha, the omega, and it has a pretty cute evolution to boot.

I’m not a Pikachu purist, and I’m very happy to tell you how to evolve this cute Electric mouse in Pokemon Scarlet and Violet.

How to Evolve Pikachu in Pokemon Scarlet and Violet

Like in past series, Pikachu will only evolve by exposing it to the Thunder Stone’s DNA-altering effects. Doing so will allow your Pikachu to become the stronger, bigger, and cuter (fight me IRL) Raichu.

But actually finding a Thunder Stone can be a bit of a hassle, especially for new Trainers. One option for those who hate scrounging around through the grass and hunting through every nook and cranny is to simply buy the evolution stone.

Some evolution stones (most importantly, Thunder) become available through Delibird Presents and cost 3,000 LP or Pokémon Dollars. This chain of shops is available in three major cities: Mesagoza, Cascafarra, and Levincia. But stones will only begin appearing amongst the merchandise when you’ve defeated three Gym leaders.

Related: How to Evolve Gastly in Pokemon Scarlet and Violet

How to Find a Thunder Stone in Pokemon Scarlet and Violet

For those who don’t mind a little exploring, there’s a guaranteed Thunder Stone in Levincia, which makes sense, as it’s the home of the Electric-type Gym. Head to the pier that juts off the right side of the Poke Ball-style boardwalk until you hit the wall closest to the East Paldean sea. There, in the middle of the pier, will be a Thunder Stone!

To the Trainers who opted for the West Gate, you can find your first guaranteed Thunder Stone in West Province (Area One) on top of the turbine on the northern side of the river.

The final guaranteed spawn for Thunder Stones is on the West side of Casseroya Lake, on the largest of the split islands. Go to that island’s east coast and climb the hill to find the Thunder Stone by a rock.