How to Convert CSGO to Overwatch 2 Sensitivity Guide

I guess you could say this is a sensitive subject for some players. 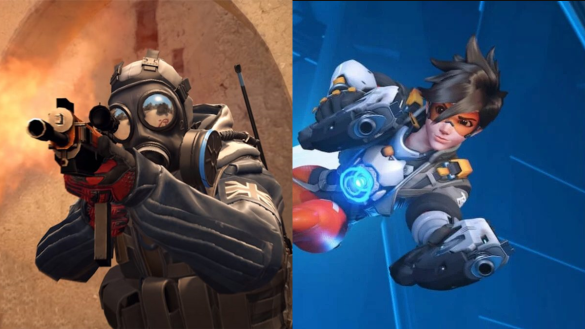 The first-person shooter landscape only gets bigger by the day, and the new Overwatch 2 adds yet another edition to that ever-growing industry. With endless amounts of players ready to jump in and immerse themselves in their plays as a hamster in a giant ball, there are also plenty of players looking to rise up the leaderboards and hit that coveted top 500 rank. One portion of that playerbase comes from the likes of CSGO, and as such, may want to convert that sensitivity to Overwatch 2 to feel some sense of consistency between playing both. Here’s how to convert your CSGO sensitivity to Overwatch 2.

How to Bring Your CSGO Sensitivity to Overwatch 2

Once you have the number, simply put it into Overwatch 2 and it should feel close if not exactly how CSGO’s sensitivity feels. Thanks to differing engines and ways of aiming, chances are it won’t be 100% perfect. Getting it close though should be good enough, and you can always tweak it should something feel just slightly off.