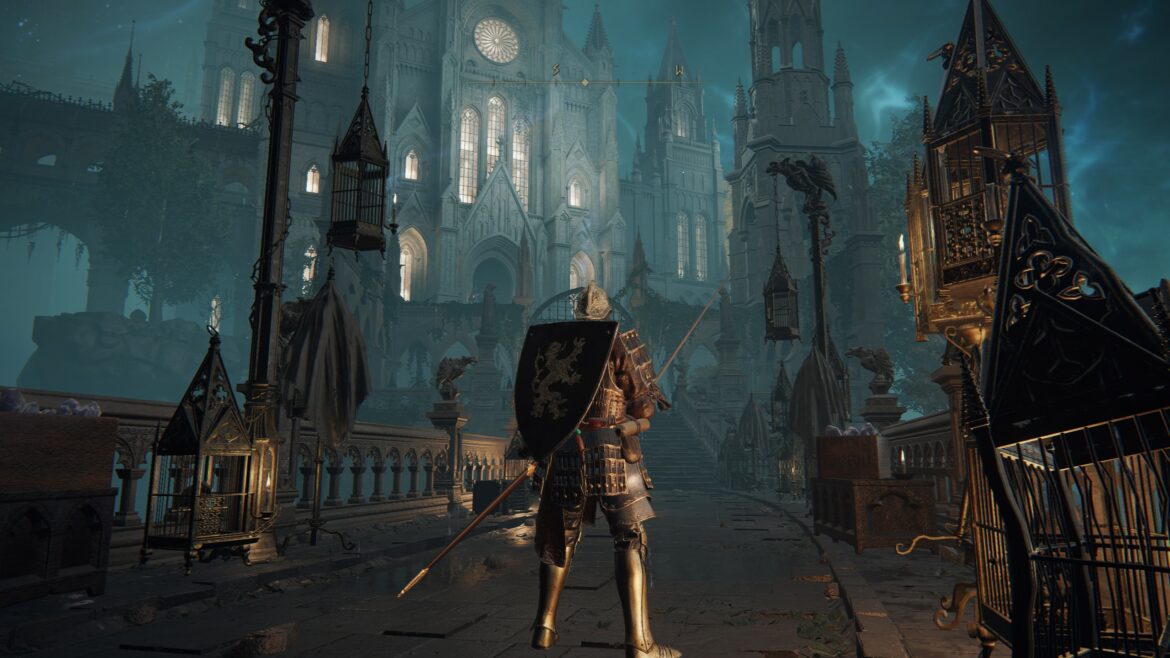 Not every dungeon is easy to access in Elden Ring. Some of them require special keys or items to actually open its doors to the players. If you’re looking to get in Ray Lucaria you’re going to need a special key. Here’s how to get the Glintstone Key & Open Raya Lucaria in Elden Ring.

If you’ve made it to the doors of the Raya Lucaria Academy you’ll notice the entrance has a big glowing blue seal on it and no way to enter. To the left of the door, there is a map to pick up titled “Meeting Place Map.” This will give you a small location on the map but not enough to give the location away.

To find the Glintstone Key you’re going to want to hop off of the bridge and head west. Go across the Lakes of Lurnia until you find the sleeping dragon (which is marked on the map above.)

You’re going to eventually aggro the dragon so as soon as you do mount up, grab the key, and get out of there if you aren’t ready for a fight. If you beat it you’ll be rewarded with a Dragon Heart.

Once you have to Glintstone Key you’re free to go back to Raya Lucaria Academy and begin the second Legacy Dungeon in Elden Ring.

How to Get the Clock Lancet in Vampire...

How to Get Cotton Yarn and Cloth in...