Genshin Impact Photo Event Day 4 – Outside the Canvas, Inside the Lens: Greenery Chapter 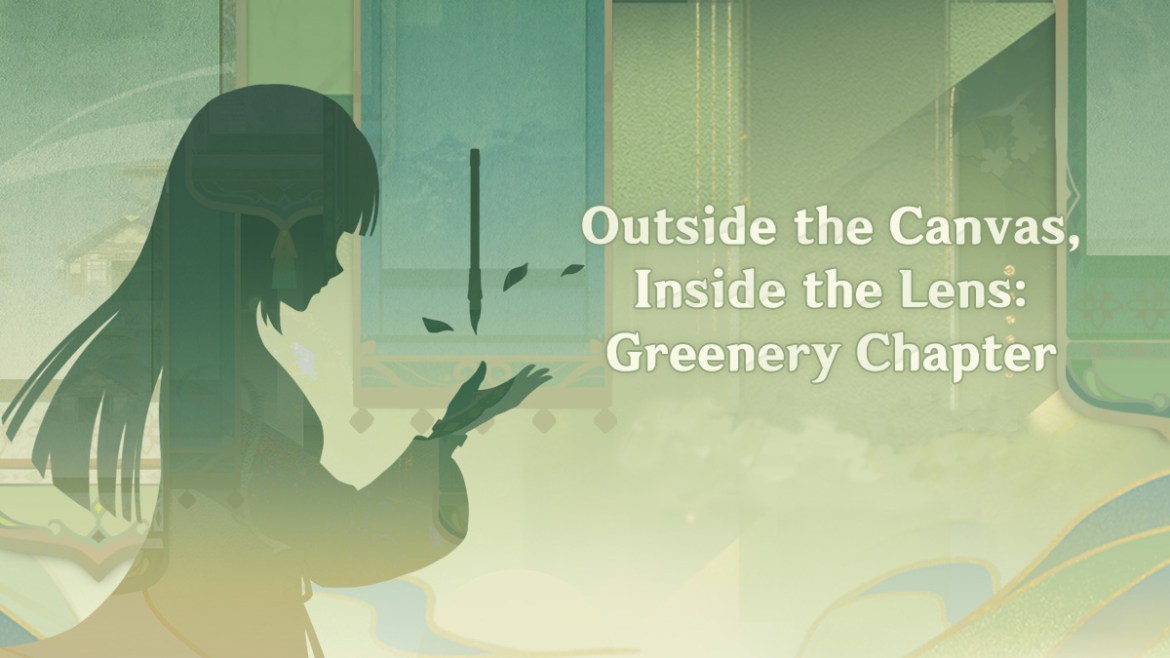 During the fourth day of the Outside the Canvas, Inside the Lens: Greenery Chapter event in Genshin Impact, more and more photos are being taken as we go through the woody areas of Sumeru and beyond. We even get to finally see some new areas in Mondstadt instead of the same other regions, but nothing in the desert yet.

The newest shooting will happen right in front of Sumeru city instead of going to the rainforest again. It’s actually kinda confusing that we weren’t asked to do that in the first place considering how prestigious Sumeru is across the land. The second shot is taken amidst the ruins of the old Mondstadt city, in contrast.

Genshin Impact Outside the Canvas, Inside the Lens: Greenery Chapter Day 4 Guide

As said before, this time you’ll travel around Sumeru and Mondstatd, both the last and the first regions visited before.

A good angle right in front of the city will be all you need for completing this one. Characters such as Barbara and Xingqiu must be using their attacks, but the most photogenic one is definitely Nilou with her beautiful dancing attacks. Don’t lose the chance of placing her here if you happen to have her.

Legend of the Wind Knight III

Another quick shot facing the old aristocracy’s fallen legacy. Venti would be the ideal choice here as he has been one of the responsible persons for taking it down, but any other Mondstadter such as Barbara, Amber, or Jean can also work here.

Each shot gives you x30 Primogems, x20000 Mora, and 2 Hero’s Wit. With the new Yae Miko/Childe rerun banners, this might be a good extra help for getting any of them. Otherwise, just keep hoarding those Primos until a new, more interesting banner arrives.