FFXIV: How to Unlock the new Lapis Manalis Dungeon in 6.3 - Prima Games
Tips

FFXIV: How to Unlock the new Lapis Manalis Dungeon in 6.3 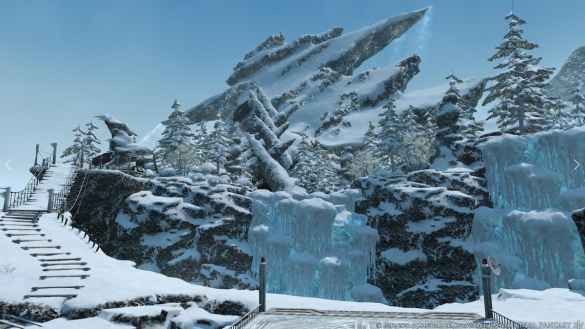 Final Fantasy XIV patch 6.3 has finally arrived, introducing a slew of new content to enjoy for all types of players. As is the case with every major content update, we can expect new raids, trials, and of course, dungeons to jump into. If you’re ready to embark on the newest journey to discover the secrets of the Voidsent, read on to learn how to unlock the new Lapis Manalis dungeon in Final Fantasy XIV patch 6.3.

FFXIV: How to Unlock the new Lapis Manalis Dungeon in 6.3

Lapis Manalis, the newest dungeon for Final Fantasy XIV, is part of the main scenario questline. Thus, it can only be unlocked by first accepting the quest called King in the Mountain. But to reach that quest, you’ll have to be caught up with the current main story quests, including the entire Endwalker expansion, patch 6.1 (Newfound Adventure) quests, and patch 6.2 (Buried Memory) quests.

Related: FFXIV: How to Unlock Custom Deliveries for Anden in 6.3

Once you’re caught up, you’ll unlock access to the dungeon by accepting King of the Mountain from Alphinaud in the Garlemald zone, located around the (X: 32, Y: 16.6) coordinates.

Based on Final Fantasy XIV lore, we know that Reapers first originated somewhere in the mountains of Garlemald, where Garlean botanists were exiled to. After an encounter with the Voidsent, the botanists were taught how to harness dark powers in exchange for souls sent back to the Void. That’s right – Reapers are actually evil farmers that reap the souls of their slain victims for their Voidsent avatars. Pretty gnarly, right? Could the Lapis Manalis dungeon lead us toward that abandoned village and uncover more secrets of the Voidsent?

Well, we wouldn’t dare spoil it for you. You’ll just have to find out yourself in Lapis Manalis.

Related: FFXIV: Where to Purchase Morning Glory Seeds in 6.3