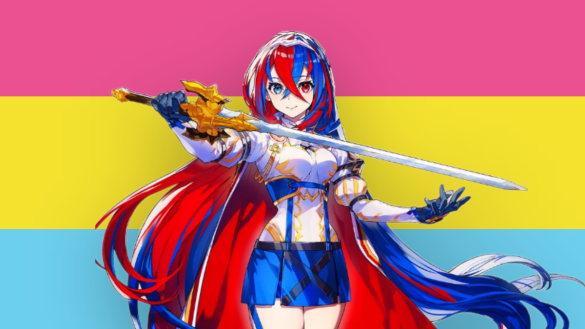 If there’s one thing Fire Emblem fans have always wanted, it’s same-sex romance in the game. In a franchise full of dragons and dimension-tearing, women kissing women is the most mundane thing possible. And, in Fates, the franchise finally conceded, to much celebration and fanart. But has this trend continued? Does Fire Emblem Engage have same gender romance?

To be more precise, Alear is capable of reaching S-Rank with almost all of your units in the game, the exception being previous Fire Emblem characters. But these S-Ranks vary. Some S-Ranks are explicitly romantic. Others lean more towards the platonic or even professional. But that’s a realistic portrayal of the general populace, so I can’t quite complain.

Brief spoilers, here are all the romantic options for same-sex couples:

All in all, this is a fantastic step in the right direction for the Fire Emblem franchise. Finally, fan art can become canon. Ao3 will have some sort of grounded foundation for people to impose their wildest, most surreal and out-of-pocket takes on. And I can romance a host of women named after rocks and flowers. This is truly the best timeline for the Fire Emblem franchise.

And if you want to know how to best get in the good graces of your preferred love interest, take a look at the related link, which lists all units’ gifts like and dislikes.