Diablo Immortal Tier List: Which Class is the Best?

Which class dominates above all others? Spoilers: the one that you enjoy playing 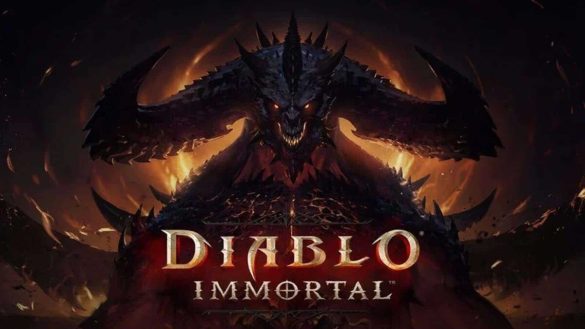 Diablo Immortal is a hack and slash adventure game that places you in the events between Diablo II and III, where corruption and cultists run rampant, and you might be the only thing stopping the Worldstone from being pieced back together. But one of the major appeals of this MMO is its class system.

There are six classes to choose from, all of which will be familiar if you’ve played Diablo 3. They are the Barbarian, Wizard, Demon Hunter, Monk, Crusader, and Necromancer. But which of these classes are the best for taking on Diablo Immortal?

Diablo Immortal Tier List: Which Class is the Best?

This tier list will consider the latest buff and updates to the classes as of 12/27/2023. And no matter where your favorite class falls on the list, don’t let it deter you. There are actually no terrible classes, so you should pick the one that best suits your play style.

Barbarian is a fantastic class for solo players and easily the best tank in the game today. The Barbarian excels at soaking up damage but despite being tank, still has excellent maneuverability with two different dash skills that throws the Barbarian headfirst into the fray. But if you’re worried about damage, the Barbarian has the best potential out of all the tanks to hit those high numbers.

While the Barbarian excels in solo encounters, the Crusader is a tank that offers less damage but more support. The Crusader truly finds its niche is in raids and dungeons, where they can offer their teammates strong, party-wide buffs and AoE damage. And with Draw and Quarter, an early skill that allows Crusaders to summon a celestial mount, Crusaders have plenty of mobility while also offering some debuff cleanses. And while all of that makes the Crusader great, the Crusader is one of the worst in PvP.

Like the Barbarian and Crusader, the Monk is a class that must be close-range to score the big hits. But the Monk isn’t a tank and can’t soak up damage like our heavy-armored classes. Instead, the Monk makes up for this with incredible mobility. It’s this mobility that makes the Monk one of the most fun classes to play. And it’s a class that even recently got a buff to its auto-attack.

There’s also been a noticeable trend that big spenders in Diablo are switching to Monk because of the Monks’ ability to use Shield of Zen. Shield of Zen protects the monk from any damage (including incoming crowd-control abilities) and with the right setup, like beneficial effect duration items or cooldown decrease items, Shield of Zen can almost constantly be spammed. This makes them terrifying to face in Battlegrounds… unless you happen to be a Necromancer with Bone Pillars.

The Necromancer is a summons class that brings to the field undead minions and environmental hazards. I might be biased, as someone who first rolled Necromancer, but there’s no denying that this class has the highest damage potential in PvE in the game, as well as fantastic utility with both crowd control and shielding. But in PvP Necromancer has grown even more deadly, not only because of its utility but because of a newly added main hand.

This spell-slinger does well in both PvP and PvE, offering both raw damage and area of effect attacks. The Wizard can easily clear out a map in the overworld and while a Firestorm build offers good damage, it doesn’t necessarily out-pace the Necromancer. The class mobility skill, Teleport, splits players in terms of how good it is. Some love it, some think it could use an improvement. In PvP, the Wizard offers utility with its crowd control but isn’t a standout compared to other classes.

A ranged class that’s bathed in the glory of S-tier for several seasons in a row, the Demon Hunter might slowly be losing its shine. But for one more season, it’s still golden. This is one of the most mobile and smoothest classes to play, with damage that’s slightly lower than other classes, including the wizard. Still, if you want a tenacious, fun class that lets you survive in the overworld and Battlegrounds, it’s a great class.

That’s all six classes for Diablo Immortal. And you may notice that there are no classes below A-Tier. That because as it currently stands, all classes are strong and viable. You really can’t go wrong.