Can You Play Warzone 2.0 Solo? – Answered

Can you run the game as a lone wolf? 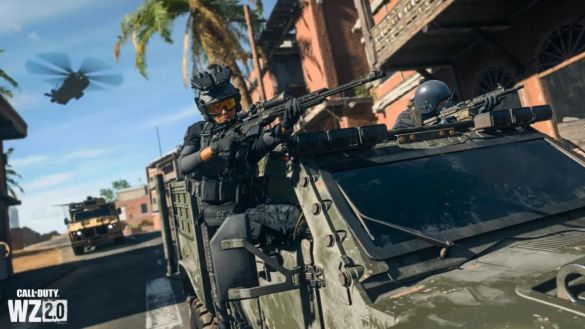 Warzone 2.0 is finally available across all major gaming platforms, including even last-gen consoles. The new game brings a ton of new changes over the previous version, including the new DMZ mode which plays similarly to the popular Escape from Tarkov. So much of the new content seems exciting, though you may be wondering if you can dabble in the game as a solo player rather than with others in different squad-based modes. Here’s whether you can play Warzone 2.0 as a solo player.

All of you solo players are in luck, as there are multiple ways for you to play solo in Warzone 2.0! You of course have the ability to queue for various squad modes and join up with other random players, working together to win the game. On top of that, though, and thankfully returning from the original Warzone, you can play in Solos lobbies against dozens of other players also trying to score a big win. There was a short time right as the game launched where, for some reason, the mode wasn’t available, but it’s now in the game and available for anyone.

While solos are returning for the standard BR mode, unfortunately, DMZ is launching purely with a squads mode of three players each. This means you’ll either need to stick to the Solos mode or try your luck with random players in matchmaking. Naturally, this is incredibly inconsistent and may result in frustration. Who knows though, maybe you’ll make two new friends randomly in a trios match and play a handful of matches with them. If DMZ ever gets a solos mode, let alone squads of different sizes than three players, we’ll be sure to let you know.