The SCAR makes a full return to form. 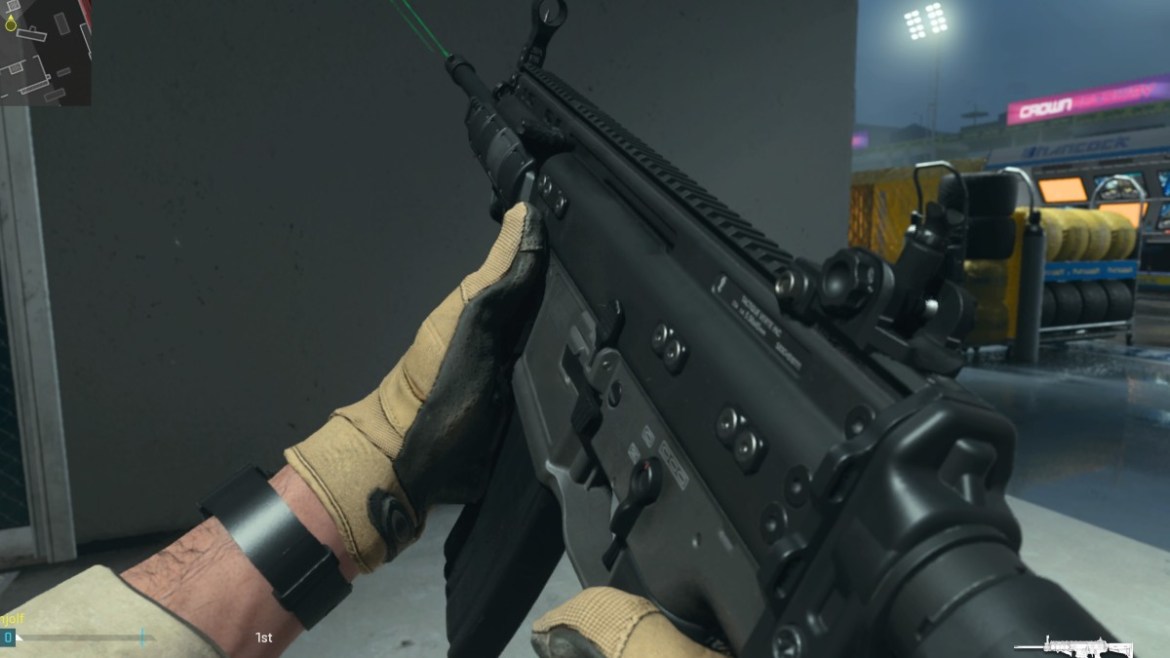 Modern Warfare 2 is full of assault rifles to choose from, and most of them are versions of iconic weapons from previous installments in the Call of Duty franchise. The TAQ-56, also known as the SCAR to most shooter fans, is one of the most popular options available in the game.

In the Open Beta for Modern Warfare 2, the TAQ stood out as one of the most powerful mid-range options for any build. Though it may not be quite as overpowered as it was initially, it’s still a great addition to any arsenal. We’ll go over the best way to build a TAQ-56 loadout and the attachments you’ll need in this guide.

When using the TAQ, you’ll want to focus on the mid to close-range capacity that the weapon has. Most of the attachments will be standard for a versatile assault rifle build, but some pieces like the laser slot will set the loadout apart from others. You can find all of the attachments you need below.

One of the key differences in this TAQ-56 loadout is the lack of a muzzle slot. For the main barrel pieces, we only need a good barrel, and the 14.5″ Tundra Pro Barrel is perfect. The weapon will get increased bullet velocity, recoil control, and damage range so each encounter is even easier.

Next, we need some decent grip attachments. Both the FTAC Ripper 56 underbarrel and the FSS Combat Grip are the go-to options for many assault rifle classes. With these pieces, we’ll get a bit more stability for our rifle, along with some much-needed mobility when aiming.

Our last two attachments are the TV Xline Pro stock which provides some more ADS speed. It’s a straightforward attachment that shouldn’t be skipped. The Canted Vibro-Dot 7 laser is the cherry on top and it changes the gameplay. This laser allows you to hold the gun sideways and rely on the laser alone, with some added ADS speed as well. If you don’t want this, you can always roll with a red dot sight.