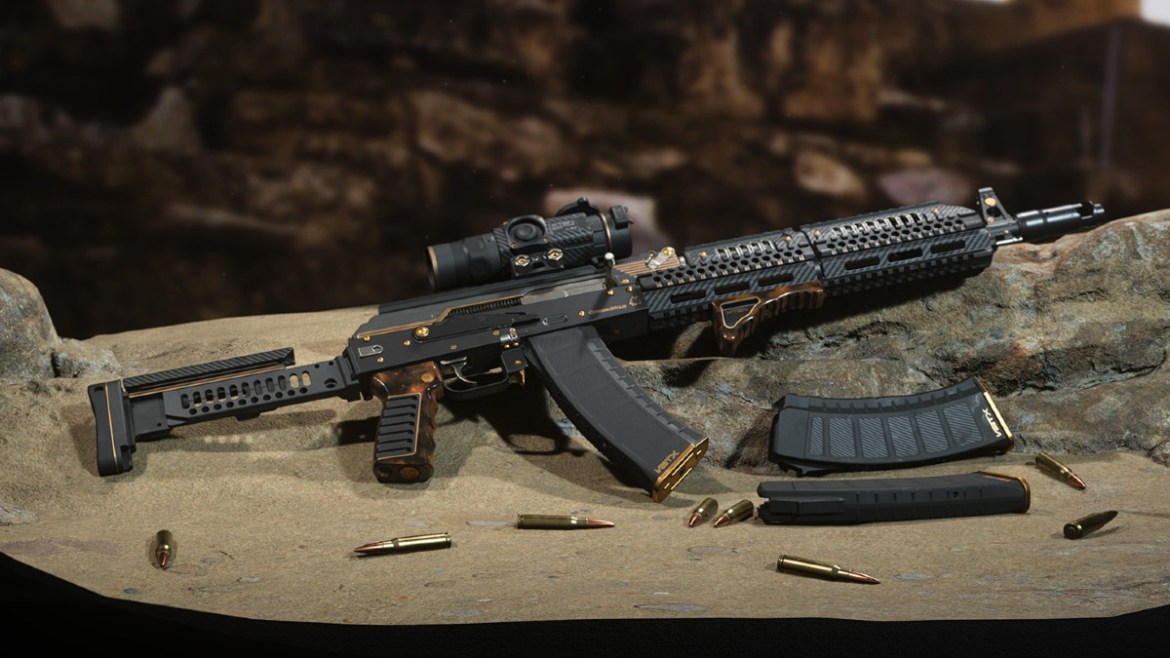 While every class in Warzone 2 has its own merits, the assault rifles are some of the most popular for a good reason. They offer a level of versatility that no other weapons can with their inherent damage range, rate of fire, and middle-of-the-line mobility. But it can be hard to tell which AR is the one for you, and a tier list is just the thing to help you pick.

Based on the meta, tier lists will continue to change, especially with Warzone 2 being so new. However, there are already some standout picks and the meta isn’t too far off what we have seen in the Modern Warfare 2 multiplayer. We’ll go over each AR from best to worst in our own battle royale tier list.

In Warzone, many assault rifles are picked based on their mix of control and damage. Recoil control has always been a major factor for primary AR loadouts and that applies here as well. The best ARs have both and the worst have no control or damage. Keep in mind that this list is subject to change and may differ from other lists, but we based our rankings on the latest Season 1 patch.

With the current Season 1 patch, the TAQ-56 is an easy pick for the king of the meta. This AR has some fantastic recoil control, great ammo capacity, and it hits hard. With the right loadout, this is an easy-to-use and effective primary weapon in any fight.

This tier continues to change and it likely will until everyone figures out the best way to tune attachments. With that said, the Lachmann-556 and the Kastov 762 are two opposites in the same tier due to their consistency. The low rate of fire and high damage make the 762 surprisingly easy to shoot and the TTK is low. The Lachmann has next to no recoil like the 545 but much more damage.

These three weapons rule the meta in Modern Warfare 2, so it’s funny to see them in the mid-tier. That doesn’t mean they are bad in any way, and I would still recommend these for any player that likes these rifles. But they will lose to an equal player using something like the TAQ-56. Fights aren’t always fair in Warzone 2, though, and these weapons can still get the job done.

Out of these three weapons, the M13B has the most potential and could move up the rankings very soon. The Kastov 545 and the M16 on the other hand seem to be hard-stuck at the lowest tier. The same rule applies to them in MW2 multiplayer, and unfortunately, they likely need some more tuning. Use these at your own risk.