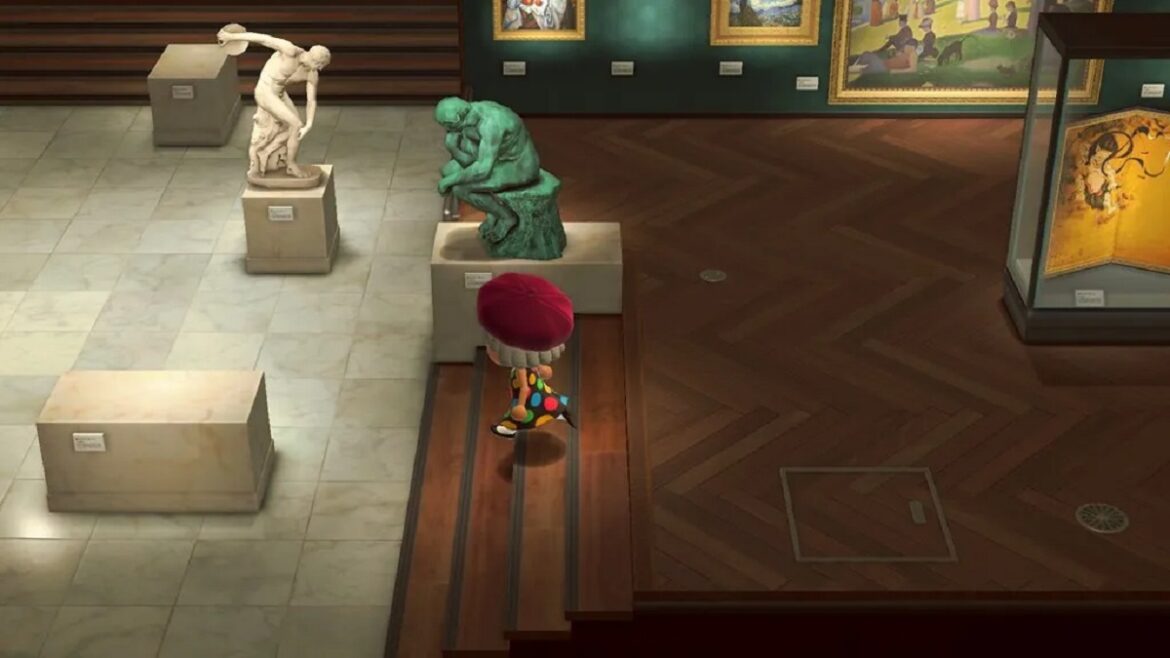 The famous hustler and antique art dealer Jolly Redd is back in Animal Crossing with his ship that occasionally appears on New Horizons player’s islands. In addition to some strange furniture, Redd also sells artpieces in the form of famous works of art such as classic paintings and sculptures – but be warned, sometimes they are authentic and sometimes fake.

If you buy a fraudulent art, you will lose money (Bells), and even worse you will not be able to donate it to the museum because fakes aren’t accepted, so you should take extra care when buying art from that sneaky fox. So how to tell real from fake? It’s all in the details!

One of the most famous sculptures that you can add to your island museum collection in Animal Crossing New Horizon is the “Robust Statue” – a version of the famous statue of the discus thrower Discobolus by an unknown Greek artist dating from 460-450 BC. The version in the game is based on the possible later Roman copy, but there is an even worse copy that Redd will try to sell you sometimes.

Related: When Does Redd Come to Your Island? Animal Crossing: New Horizons Hours

In order to distinguish the real from the fake version of “Robust Statue”, as the antic disc trower is called in Animal Crossing, it is enough to look a little more closely at his wrist on the hand holding the disc. If Discobolus has a WATCH on his arm, it is a fake statue, and if he doesn’t have one – know that you have an original.

As far as we know, wristwatches were not worn in ancient Greece, maybe some kind of sun-dial wristwatch? Hmmmm… Certainly, that accessory doesn’t belong to a genuine Robust Statue so now you know how to differentiate between real and fake, and knowing is half the battle or better yet half of the Bells spent in Animal Crossing.