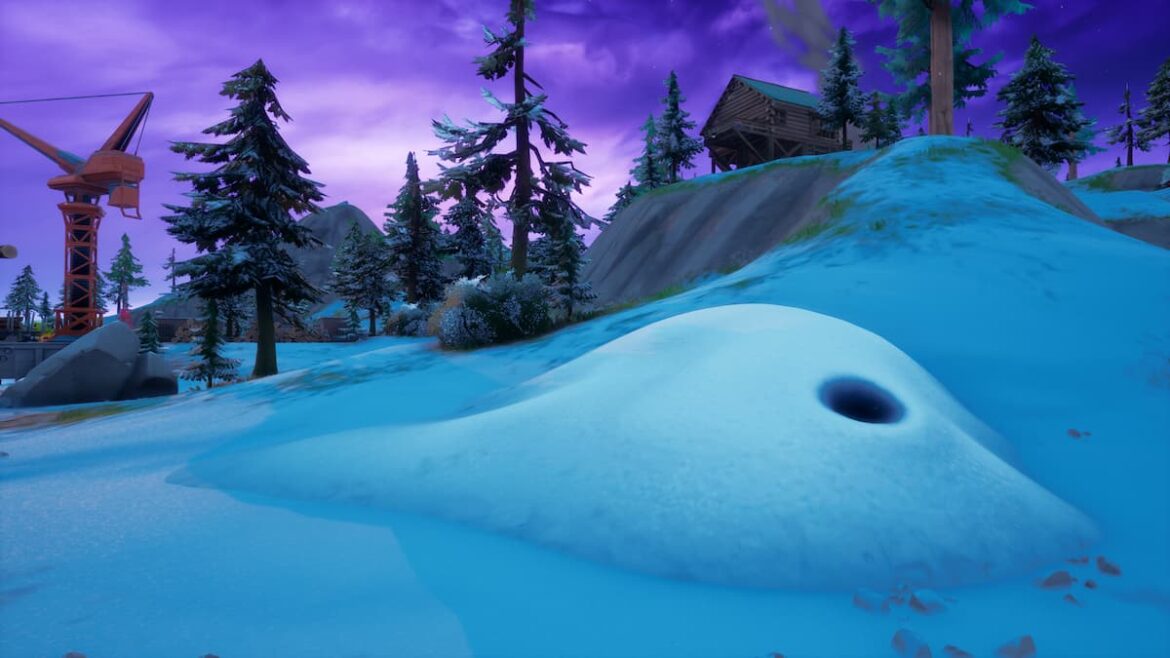 A secret mission in Chapter 3 Season 2 Week 3 of Fortnite tasks players with tracking down some Klombo-sized mounds. You may not have noticed, but the Klombo’s have disappeared since the war between The Seven and the Imagined Order broke out across the island. This is a pretty smart play from the Klombos, as nobody wants to get caught up in all the violence.

The Klmobo-sized mounds can all be found very close to each other, to the north of Logjam Lumberyard. Hidden deep in the snow, the Klmobos are resting, but the holes and steam that come from them in the large mounds of snow are a dead giveaway to their locations.

The first can be found just to the east of the Seven Outpost found to the northwest of Logjam Lumberyard. After that, sliding south down the snowy hill will lead you to the second one. Heading north to the beach will reveal the third one, right beside the sea.

After you find the third one, the secret mission will auto-complete, and there will be no more Klombo-size mounds to try and track down.