An Eeveelution a day keeps the sadness away 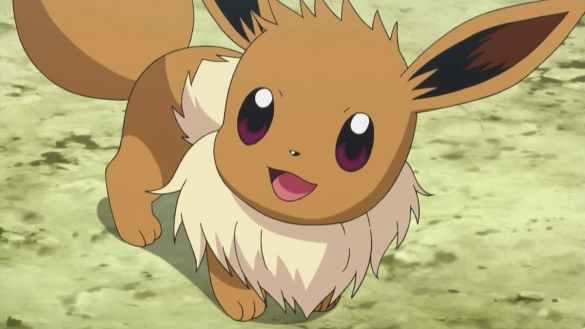 I wouldn’t trust someone that claims they dislike Eevee and all of its evolutions. This cute little fella has one of the best evolution mechanics in the series, and there’s literally an evolution for everyone. We would’ve loved to see new forms in Paldea, but that didn’t happen. Maybe it will when Gen X comes out.

Eevee and all of its forms are also present in Pokemon Go, but since this is not a traditional game for the franchise, it also has some peculiarities for evolving to your desired Eeveelution. A popular and easy method involved giving a certain name to your Eevee before evolving it, and we’ll talk a little bit more about that.

Eevee can evolve directly into one of its many forms if you give him exact names before you hit the Evolve button. This will work only once per account, but you can get all 8 Eeveelutions through this method. Here are all the names:

So if you want Sylveon, for example, you just need to name your desired Eevee Kira, gather 25 Eevee Candy, and tap the Evolve button. Your Eevee will become Sylveon, but you’ll need to do the natural evolution process (getting 70 Buddy Hearts with Eevee) if you want another Sylveon in the future.

Related: How to Get Sylveon in Pokemon GO

In case you’re wondering why those names work for that, it’s because they are a direct reference for Eeveelution users from the anime and the games. Pyro, Sparky, and Rainer were the Eevee brothers from the very first season of the Pokemon anime and owned their respective names’ evolution. Sakura and Tamao were the names of the Kimono sisters that had Espeon and Umbreon later in the Johto saga.

Linnea, Rea, and Kira, on the other hand, were not present in the anime but in the Sun and Moon games. They were the respective Eeveelution users you had to battle with in order to get the Eevium Z crystal for using Eevee’s exclusive Z-Move. Some very clever references from Niantic.