Are you playing it? 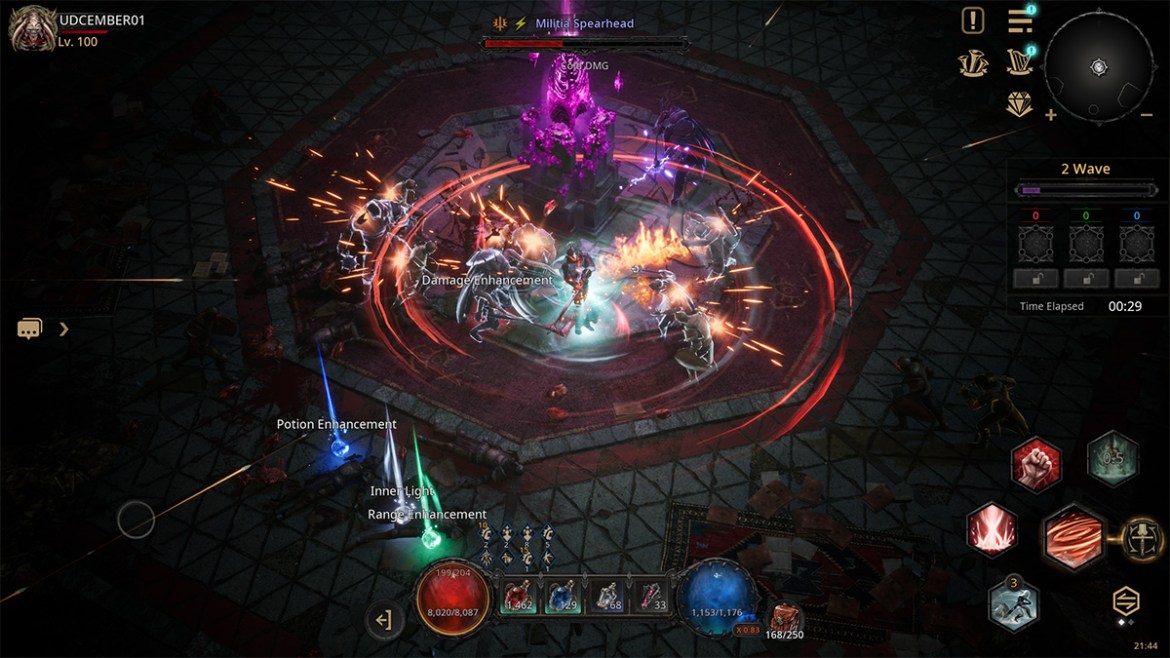 LINE Games’ recently released UNDECEMBER is now available for free on PC, iOS, and Android devices. With complete player freedom when it comes to character classes, this dark fantasy ARPG allows players to craft their own adventure as they tackle evil foes and deadly bosses.

As you venture forth into its bleak world, UNDECEMBER offers players a choice of multiple weapons to get them started. With freedom as a philosophy, you can grab each of these weapons and try them out at your leisure. A sword, magical staff, and bow aren’t exactly much, but they give you a taste of how combat unfolds and how you won’t be limited to one play style.

Much like weapons, your skill points in UNDECEMBER don’t limit you to one style. Your intelligence stat may focus more on mana growth, and it comes with the added benefit of increasing your ability to dodge attacks. Strength, on the flip side, will power up your magic spells alongside physical attacks. Players will want to be well-rounded in their skills, not sticking to simply strength while ignoring intelligence and dexterity.

As you level up during UNDECEMBER’s campaign, the intriguing Zodiac system gives you the ability to fine-tune your character’s power levels. More of a cerebral player? Opt into the Intelligence stat. Looking for big damage numbers? Strength is your best bet. Want to be more nimble and cunning? Try Dexterity. Once you hit level 10, you can get more specific about which abilities you want.

If you want to specialize in ranged combat, a skill tree dedicated to accuracy and evasiveness will let you hone your tactics on the battlefield. If you’re looking for melee combat, a different tree with skills for attack strength and speed will push you more into dealing damage with weapons. None of these decisions are final as UNDECEMBER lets players reset their stats at will with no repercussions. If you need a change of pace, just reset your skills and tinker around.

Even beyond skill points, UNDECEMBER rewards players via the Rune system, which encourages exploration and lets the player unlock techniques in whatever order they’re found. Rather than gaining new abilities based on plot progression, you’re able to find exciting and strong abilities, and simply equip them on the hexagonal grid.

Connect a hexagonal rune to one of the same color to empower both and build up a chain. With some thought and creativity, players can create powerful alignments and thus, powerful characters. It’s a rewarding system that does not skimp on bonuses: UNDECEMBER rewards the player for trying new things and exploring the game.

Unique combat and skill progression would mean nothing if UNDECEMBER didn’t have a narrative to take players through its different systems. LINE Games hasn’t forgotten about this aspect. UNDECEMBER will eventually have 10 acts that will span a variety of different locations. With each act focusing on a new threat to the world, players will have plenty to keep them busy as they power up their characters.

We love the way UNDECEMBER builds characters as well – these fully voice acted NPCs are often driving the plot for us via missions and quests, and we can further learn about them through the world itself. Finding books and items along your journey will slowly help understand exactly what these characters have gone through, and why they need your help.

UNDECEMBER features crossplay on all platforms, allowing you to team up with friends on each platform. This will prove useful as you encounter tougher foes and strong bosses. Though it’s not essential for progressing the game, some sections are difficult, so having extra support against tricky bosses will come in handy.

There’s an intersection of NPC plot and character upgrading that we also appreciate – not only can you upgrade weapons and skills via the Rune trees, you can do so via visits to the arcane master, or a blacksmith. Speaking with certain NPCs such as these will let the player improve certain aspects of their character or weapons, like turning their bow into an enchanted bow.

Everyone has their favorite playstyles, and UNDECEMBER knows that. The system allows players to stick with a weapon for a long time and upgrade it throughout the game, rather than having the player swap constantly for minimal upgrades. Even if you decide you want a change, you can transfer your enchantments and upgrades to the new weapon, so you don’t have a dramatic drop in power.

With these unique touches, UNDECEMBER has impressed us. LINE Games has made a full voice acted, beautiful looking ARPG with tons of combat and skill depth, and it’s free to play on all platforms. Jump in and try it out for yourself.

You can play the game for free on Steam, iOS, and Google Play.