Seriously, Knuckles breaks the hell out of Sonic 1; it rules 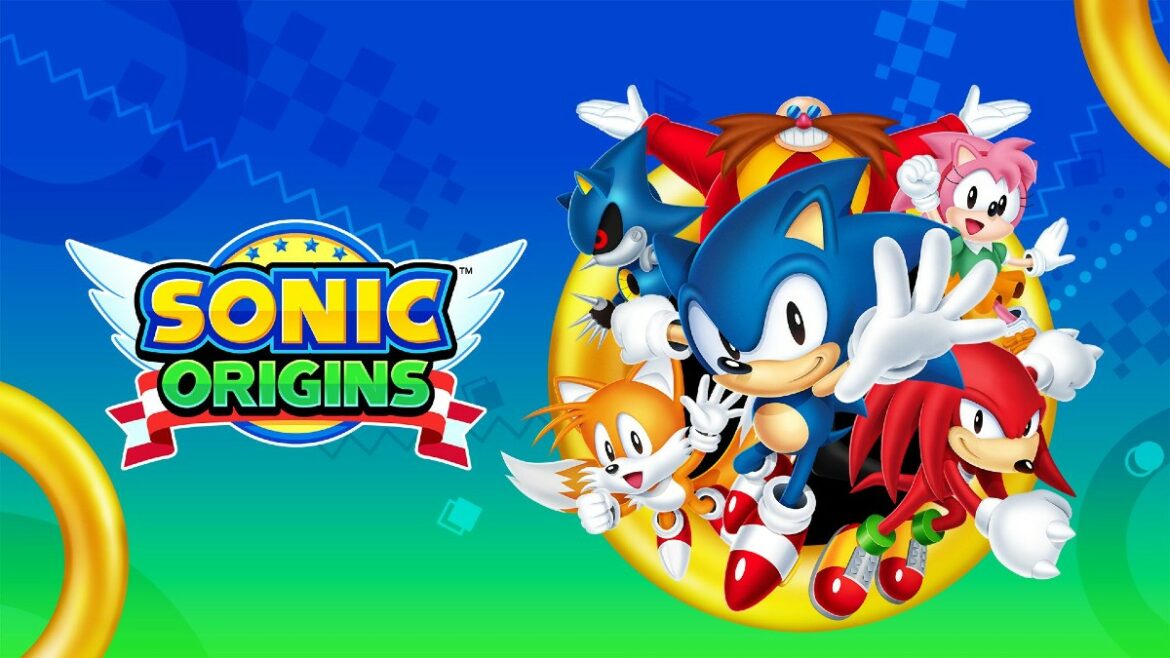 Sonic the Hedgehog is a movie star now, so of course there’s renewed interest in checking out those original games. Whether you’re replaying them again or checking them out for the first time, the latest option is Sonic Origins. This set gives you Sonic, Sonic 2, Sonic CD and Sonic 3 & Knuckles with modern technology. There are several new features, giving the package a celebratory vibe. But do we really need more Sega Genesis ports?

Whenever Sega re-releases its Genesis titles, fans understandably approach with caution. Sure, retro revivals are great, preserving history is awesome, yadda yadda. Sega has an unfortunate history of low quality formats, such as those horrible AtGames gimmicks you’d see at Walmarts or grocery stores or whatever. Frequency has also been an issue, with Sonic the Hedgehog being purchasable far more often than other classic Nintendo games or third parties like Konami.

Sonic especially has been in a rough spot, being in that mascot position. Those first two games are available in countless formats at varying quality. Recent partnerships with emulation superstar outfit M2 have been awesome, but then there’s Sonic Classic Collection for the DS, or that bizarre GBA version of Sonic 1. So when something like Sonic Origins is announced, when at least three (but more for sure) ways to play Sonic 1 and 2 on modern hardware already exist, I get why some people feel confused.

But what’s actually on offer in Sonic Origins is legitimately cool, and possibly the best way to introduce someone to Sonic the Hedgehog games for the first time. This is an attempt to appeal to hardcore players, casual players and newcomers alike, including features that would appeal to every group.

Anniversary Mode is the star of the show, presenting versions of Sonic, Sonic 2 and Sonic CD that are based on or otherwise connected to the widescreen mobile versions. Those are quite well-received by fans, and Sonic 3 & Knuckles is joining the group for the first time. And that game looks amazing running 16:9 natively in 4K. And yeah, 60 FPS too.

Widescreen updates aside, this is also the first reappearance of Sonic 3 since 2011. Legal issues surrounding the soundtrack caused problems for a while, and have finally been circumvented. Unfortunately that means the original music isn’t there, but as a consolation Jun Sunoe rearranged the old MIDI music replacements with the actual Genesis sound chip. Lemons, lemonade.

Back to the mode itself, there are a few new features that really make a positive impact on the Sonic the Hedgehog experience. The first one you’ll see is a set of brand new, animated openings and endings for all four games in the set. And in Sonic CD’s case, you get the original ones as well! These new animations are gorgeous, wholesome and funny, and made replaying Sonic 1 for the nth time totally worthwhile. Also, you can play it as Knuckles from the jump, which is hilarious.

The biggest impact on the games themselves is coins. These are earned in place of lives. Coins can unlock content in the Museum, which is full of interesting art assets, full manuals, box art and more. Coins can also be used to retry a Special Stage if you fail it, which rules if you ask me.

So in Anniversary mode, you have brand new animated sequences, no game overs, unlockables, and retries to make emerald hunting so much less stressful. There are other bells and whistles in Sonic Origins, such as those weird DLC offerings (I didn’t have access to that stuff for the review) and individual-level speed leaderboards for both Anniversary and Classic Mode. There’s also a “Story Mode” that stitches all the games together? I dunno, that’s neat, I guess?

I think the coins are the real point of interest here. The Genesis-era Sonic games can be difficult, especially since a game over means back to start in every game but Sonic 3. Now, using something like an emulator (even official ones) gives you options like rewinding or save states, serving a similar purpose. But I think this system is better for players, especially if you want to understand Sonic the Hedgehog on a historical context level.

Having lives just scrubbed out and replaced with a token that can help you even more in the game works to push you through the game without disrupting the experience. With a save state or rewinding, there’s a degree of compromise to the game as a game. We see concepts in discourse for games like Dark Souls like “vision,” the “intent” of developers. This feels like an attempt to address old-school difficulty while preserving the vision.

This isn’t a moral judgment or whatever, but respect for a function that’s more like encouragement than cheating. You can experience the full game and its challenges legitimately, just without the part sending you back to level one if you fail. You don’t have to press a button to make the game stop functioning as it’s supposed to in order to see the end. You can figure out how to beat Metal Sonic on the game’s terms, while the game lets you retry on your terms. Smart.

If you just want these games on your big UHD TV but intact as originally released, there’s a 4:3 Classic Mode that’s just straight emulation. This is literally the only way to play Sonic 3 & Knuckles clearly on a modern display while still using a game console. I guess Steam Deck is also an option, but that dock ain’t out yet. It’s cool! Games being locked away due to legal issues is a huge bummer, you know?

Sonic Origins is pretty straightforward, but it’s far from a no-frills repack of Sega Genesis ROMs. And while it does have a Museum, it isn’t leaning into the nerdy historical document angle either. Instead, it feels like Sonic Origins is just trying to be your friend!

You could get this for a child and not worry about them getting confused or frustrated, wondering why Sonic from those movies they like is turning into a werewolf or whatever. For older players, there’s a little something for everyone, from the longtime fans to the speedrunners. If you want an easy way to play the first few Sonic games on your TV and have a good experience, Sonic Origins is exactly that, with some cool extras to sweeten the deal.