You just gotta go with the flow here... it just means a monster destroys a few cities here and there in this case 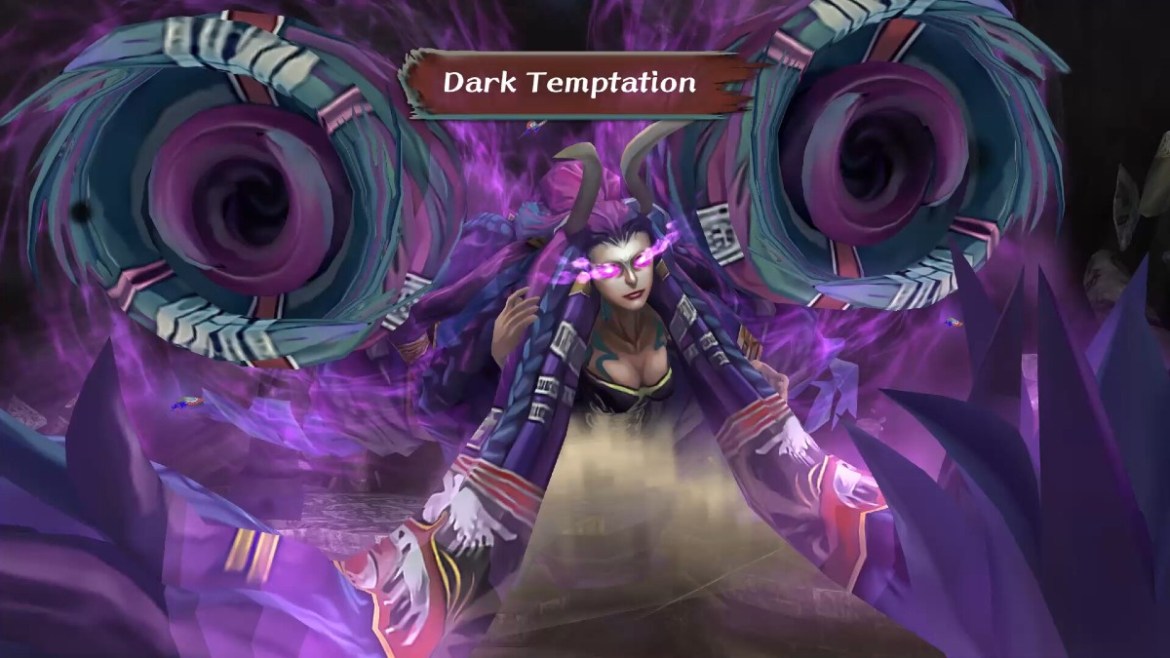 I’d like to think of myself as a SaGa sicko here at Prima Games, and I think in this case my work speaks for itself. This is one of the stranger series to come out of Square Enix over the years, especially to have the longevity it has. That’s probably due in part to series director Akitoshi Kawazu still being over there making things happen. But I’d also like to think it’s due in part to how cool these games can be, and how much they stand out from other JRPGs.

To be fair, JRPG fans over here in North America have historically struggled with SaGa. And from my perspective, that struggle is visible from quite a distance with Romancing SaGa. Originally released for the Super Famicom and never localized, this is a game that’s not interested in doing the usual JRPG thing of saving the world via a grand, linear path. These games (there’s a trilogy!) are more interested in players not as forces of nature or the center of events, but as individuals making their way around a world that spins with or without them.

When you turn that idea into gameplay, especially in the 90s, things get a little unfriendly. In Romancing SaGa, there’s a timer so to speak, with the “progress” tied to the world and how you spend your time in it. That means as you do things like fight monsters, the world around you can change. This “event rank,” as the fans call it, means you can totally miss events without knowing they even started. That’s stressful!

Romancing SaGa was remade for the PlayStation 2 and given the subtitle Minstrel’s Song. And here we are with that version getting the “Remastered” treatment. Basically what that means is updated visuals and some tweaked mechanics, but as a SaGa game we also see some totally new content that wasn’t in the original. Just like SaGa Frontier! It’s more subtle here though, since even finding things to do and stories to experience can be so obtuse.

Minstrel Song has an overall plot, with a chain of key events and a big bad evil force to defeat at the end. But the way there can differ wildly based on several factors. One, the protagonist you choose. Two, the events you come across along the way (especially early on). And three, how many times you’ve already completed the game! Dedicated players willing to take the multi-character plunge can really get a lot out of this game. At the same time, more casual players can still experience the bulk of the main story, albeit with a lot of stuff missed or left undone.

Back on the PlayStation 2, I bounced off Minstrel Song pretty quick. Even for someone like me, it’s hard to play this game without getting stressed out. But with a number of tweaks and additional routes to make New Game Plus more beneficial, it’s a lot easier to wrap your head around how to approach this game. Minstrel Song Remastered doesn’t baby you, but it does give just enough extra leeway to find a sweet spot between the original intent and the contemporary JRPG player’s threshold for old school chicanery.

Long story short, I’m writing this review several weeks after Minstrel Song Remastered came out because (aside from I take my time because it’s The Way) I’m still not “finished” after putting over 100 hours in. I just keep playing it, and it’s almost like I have more fun the more time I put in! I understand the game’s nuances more, I have a better sense of the world’s sequence of events, and I’m constantly finding new things to tinker with. Things even outright change between playthroughs just for the sake of enriching the player’s experience in exchange for their extra dedication. I’m simply not satisfied yet. In a good way.

SaGa games, for me, are about how fun it can be to tinker. I get to spend as much time as I want swapping members of my party around, figuring out what their roles are, discovering new ways to make them stronger and so much more. I can approach side quests in different orders, pursue different outcomes and simply turn that part of my brain off and just see what happens. No two runs are the same, and unlike a roguelike the experience is cumulative. And so much of the foolishness found in modern games of this volume just isn’t present.

Like any other game in this series, SaGa can be a lot to get used to at first. You have to figure out if things like random skill activations and stat bumps (instead of EXP), enemy power scaling, obtuse event flags and generally having no obvious clues as to what the hell to do can work for you. But if you can settle into the vibe and just go with the flow, Romancing SaGa: Minstrel Song Remastered is a tremendous adventure that only gets better over time.