Teddie should be in prison imo 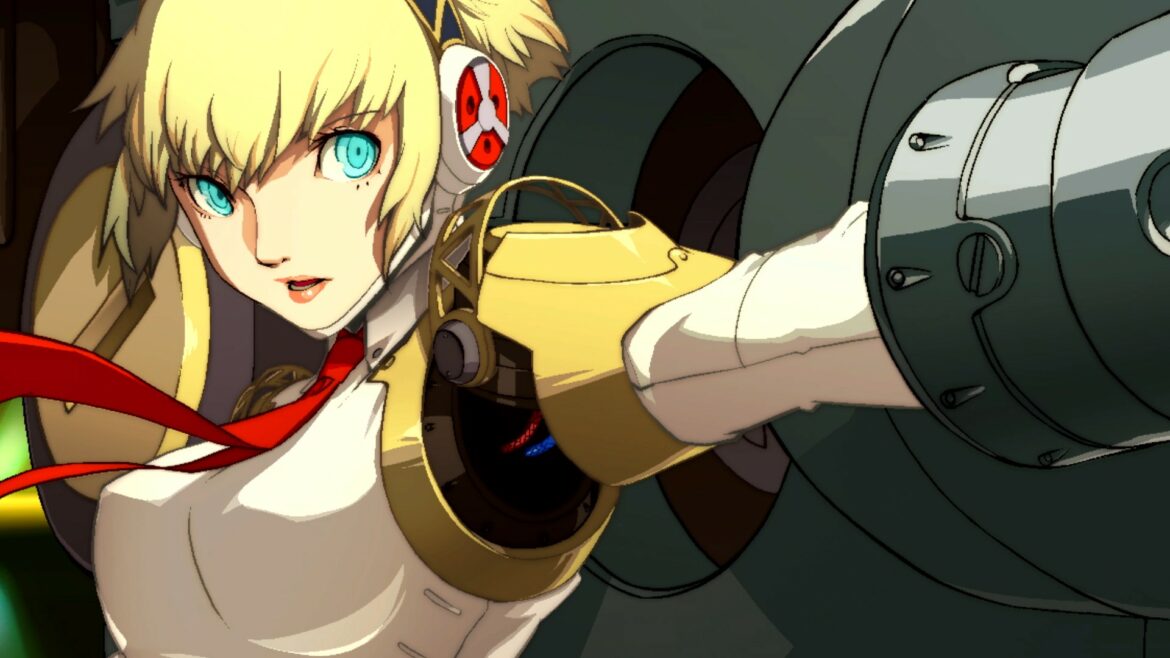 I sat down to write a “yeah, this is a pretty solid port of a dope game” review, but when I turned Critic Brain on I found myself on a rollercoaster to the past. What made Persona 4 Arena so notable, where Arc System Works has gone since and of course, the fact Persona 3 rules. Thanks, Critic Brain! And probably Adderall, too. While Persona 4 Arena Ultimax isn’t a particularly ambitious reintroduction of an older game (they didn’t even change the title, damn!), it’s a refresh that cuts the price tag, closes a massive console gap and brings the game to parity with the final arcade version. All positives for the fans.
What’s missing is context. So much has changed since Persona 4 Arena hit an unsuspecting, booming Persona fandom population. Persona spinoffs are trite now, and the fifth game is the dominant entry point. Lined up next to everything modern, Ultimax doesn’t really stand out. Ironically, this vibe is Ultimax’s own fault. But that’s not a bad thing? Let’s unpack.

Shin Megami Tensei wasn’t anywhere near a big brand back in the late 2000’s, and Persona barely existed. Atlus was really just getting started pushing into more mainstream gaming, thanks to Disgaea of all games. But when Persona 3 hit, everything changed. The Nerds Noticed. Persona 4 came out several years later, and became one of the biggest hits in contemporary JRPGs, both here and in Japan. Persona 4 fever hit and the niche crowd became less of a niche, but nobody expected spinoffs.

Then Persona 4 Arena was announced, coming from Arc System Works of all developers, the house of Guilty Gear and BlazBlue. And pretty much only those two things as far as North America was concerned. Not only is this weird JRPG getting a fighting spinoff, it was a real fighting game from a real developer, arguably on the same level as Capcom and Bandai Namco. Nobody knew what to think!

Even more unexpected was the storytelling here. Persona 4 Arena is canon! ArcSys even structured its story mode like the original Persona 4, using mostly the same UI elements and even dialogue portraits. It was wild. Plus, the game itself turned out to be awesome, even better than anyone expected. A lot built off the zany systems-within-systems design of BlazBlue, but in a way that fit right into the Persona universe.

Ultimax came later, and like a true fighting game sequel the story mode continued, despite the roster and gameplay being mostly the same. Luckily (Citation Needed) you could drop another ten bucks to bolt the first game’s story mode on top. But the stuff under the hood was super well-received. Eventually we moved on, and Persona 4 Arena’s arcade version got a final update that never made it to consoles. The new generation started, so it was time to go back to Blaz and Gear.

Over the last generation, everything changed for Arc System Works. The company’s whole visual style was revamped for Guilty Gear Xrd, and the fans were struggling with what to make of it until Dragon Ball FighterZ made the decision for them. Now we have the most amazing-looking fighter ever with Guilty Gear Strive, and more licensed fighters from ArcSys than ever before.

Persona 4 Arena was an anomaly. Not only did it stand out because it was unusual, it also ended up being one of the world’s last major 2D-animated fighters. Cross Tag happened but was largely a Capcom-style asset smoothie, and BlazBlue got lost somewhere. So by revisiting Ultimax, we’re not just looking back on an older game, we’re looking back at the end of an era. Everything changed after this. Persona 5 breached the seal, ArcSys is strapped to a rocket ship. Also they bought Double Dragon and Kunio-kun, a truly inspired power move.

So for new players, following experiences with only Persona 5 and/or recent ArcSys fighters will likely feel like they’ve traveled to a world unlike their own. And Ultimax can be a difficult game to get into much less master, due to some complicated character gimmicks and an always-on auto combo mechanic that either doesn’t help you learn much or gets in the way when you’re trying to do something else. It’s also just a weird-ass game in general, as we saw from Jesse earlier this week!

Even if you’re used to fighting games, the controls can take a lot of adjustment. You’re split between normal and Persona attacks instead of light/medium/heavy/etc, and the default orientation of those buttons feels backwards. You also have to figure out the major physical dichotomy between the different kinds of attacks. There’s a lot to juggle and maintain upstairs! But it’s a fighting game, and there’s enough going on in Ultimax to keep you playing and learning if you have the time.

Now, if you’re a returning player, this new edition for Persona 4 Arena Ultimax is mostly rock solid. The online works just fine, and rollback netcode is coming in a few months. The weirdest part is only the PlayStation version includes lobbies, which have become one of ArcSys’ modern window dressings. They just… aren’t there on Switch and PC. Otherwise it’s a great all in one package, including the first Arena’s story mode and several different color options and other little goodies you would’ve had to pay for ten years ago.

You have to know what you’re getting into with Persona 4 Arena Ultimax. It isn’t just an older fighting game, it’s an older fighting game that was unconventional in several ways and transformative in others. The fighters following Ultimax are dramatically different, especially with things like “quality of life” or “accessibility.” You also need to know you’re hopping into a direct sequel to a ridiculously long JRPG, so if you haven’t played Persona 4 you may as well not bother with the story. Also, Persona 3 is involved too, so double that investment if you want to understand what’s happening.

All that said, Persona 4 Arena stands out on its own for all kinds of reasons anyway. So while some of the older game vibe hurts it some, there’s also a lot to this game that simply isn’t in other ArcSys or anime fighters. That helps this game retain its identity and stand as a must-play for Persona fans. Once rollback kicks in, there’s a good argument to be made for keeping Ultimax going for years to come.