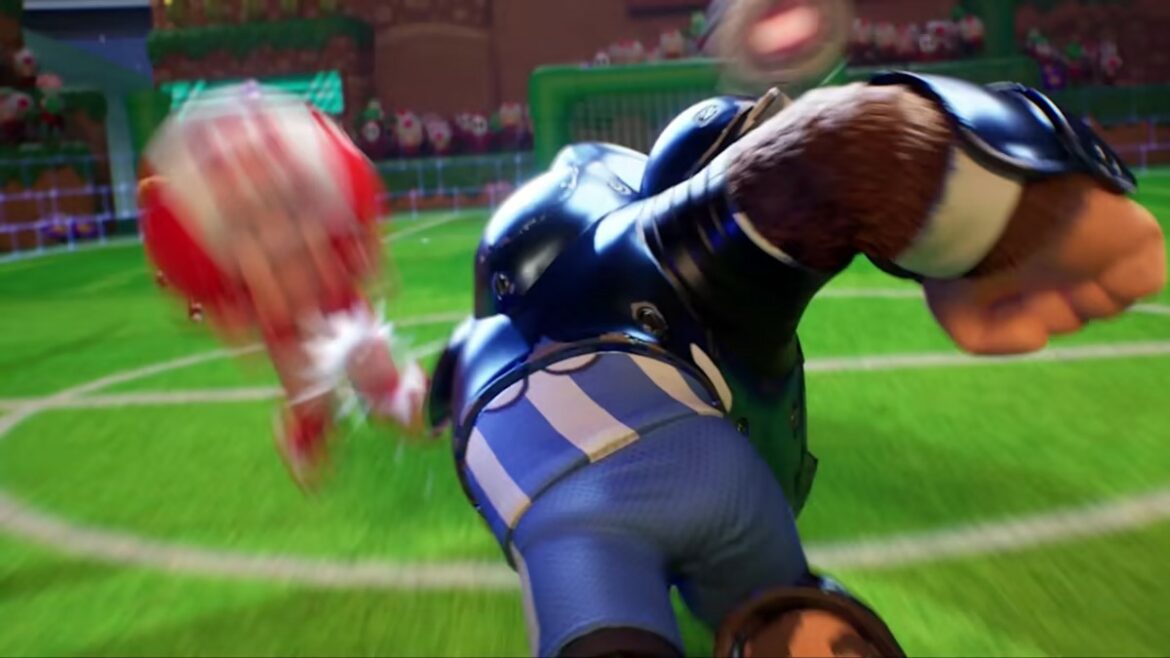 Mario Strikers was one of my favorite GameCube games, and even though it wasn’t the most robust single-player experience, I played the hell out of it anyway. There was something about the wild color schemes, over-the-top mechanics, and arcade-style structure that really spoke to me. But since then, it seems like Mario sports games, in general, have struggled to find their footing. Battle League is the third go at Mario Strikers, and for a multiplayer, casual-ish sports title, the devs at Next Level nailed it. But when it comes to overcoming the other games’ weak points, I take no pleasure in saying it’s almost a total miss. Despite its visual fun and excellent multiplayer, Battle League doesn’t effectively offer anything else.

Much like the previous version on the Wii, Mario Strikers: Battle League is at its best when played with other people, in person. Online is fine of course, and in many cases is the only option for people who don’t live near friends or more likely, are still taking the global pandemic somewhat seriously. But in ideal conditions, the frantic pace and aggressive visuals are real crowd-pleasers.

If you’re looking to put time into the game on your own, though, the problems come screaming into view. I hate using the phrase “bare bones,” but there’s an alarming lack of things to do with Battle League on your own, besides online matches or an extremely straightforward set of cups. With all the color and pizazz, Strikers is the perfect series for a campaign, but there’s nothing here that’s even close.

Outside the physical, core mechanics, Battle League also feels light compared to the other two Strikers. The pool of items is very basic, the fields are just… fields with no hazards or moving parts and the roster is shockingly small. This feels uncomfortably similar to the infamous Street Fighter V launch. There is some degree of customization, but it’s fumbly, way too statsy, and doesn’t have a ton of options. And if you set up your own team, all the stuff you choose there is mostly obscured by that “gear.”

The biggest problem, and this is one Battle League shares with Charged, is the CPU AI. Playing this game by yourself is a pretty miserable experience unless you’re willing to grind it out and learn the game on the CPU’s terms. And those terms are to never ever count on your garbage teammates to do a single helpful Futbol Move, and to play flawlessly against the CPU as it blocks nearly everything you do with perfect form. They also harass your goalie to death if you let them get close, while you have to trick theirs or rely on perfectly-timed special moves to stand a chance.

I don’t mind a challenge, but this stuff is even happening on the first cup! At a bare minimum, evening up the playing field for the CPU on Both Sides would make single player much more enjoyable. I’m not sure what happened to Mario Strikers between the first and second game, but no other Mario sports game I’ve played feels like the primary conflict in Space Jam. Why are there so many Mean Teams???

Like I said before, the core gameplay is a riot. There are so many things you can do on the field, and the game moves so fast, it’s a real rush just to get a hold of the ball and fight to your opponent’s goal. There’s a dodge roll! The Prima Teama should be hyped up for a Mario game with a dodge roll. But while a game among friends will feel just like a round of Mario Kart or whatever, playing against the CPU is just a notch below Sonic Shuffle on the “why are you like this” scale.

Mario Strikers: Battle League is, and this is truly unfortunate, another post-HD Mario sports game that can’t capture the broad appeal of the previous greats. Underwhelming content offerings and bizarrely imbalanced CPU players make single player a no-go. And without the variance or roster of its peers, multiplayer can’t carry all that weight. It’s disappointing, doubly so because of those parts that do shine through the cracks.

Runs well and the visuals are colorful and wacky

Either play with friends or get bullied by AI