Forspoken Review | Fish Out of Water

A bold adventure that swings for the fences, but lands short. 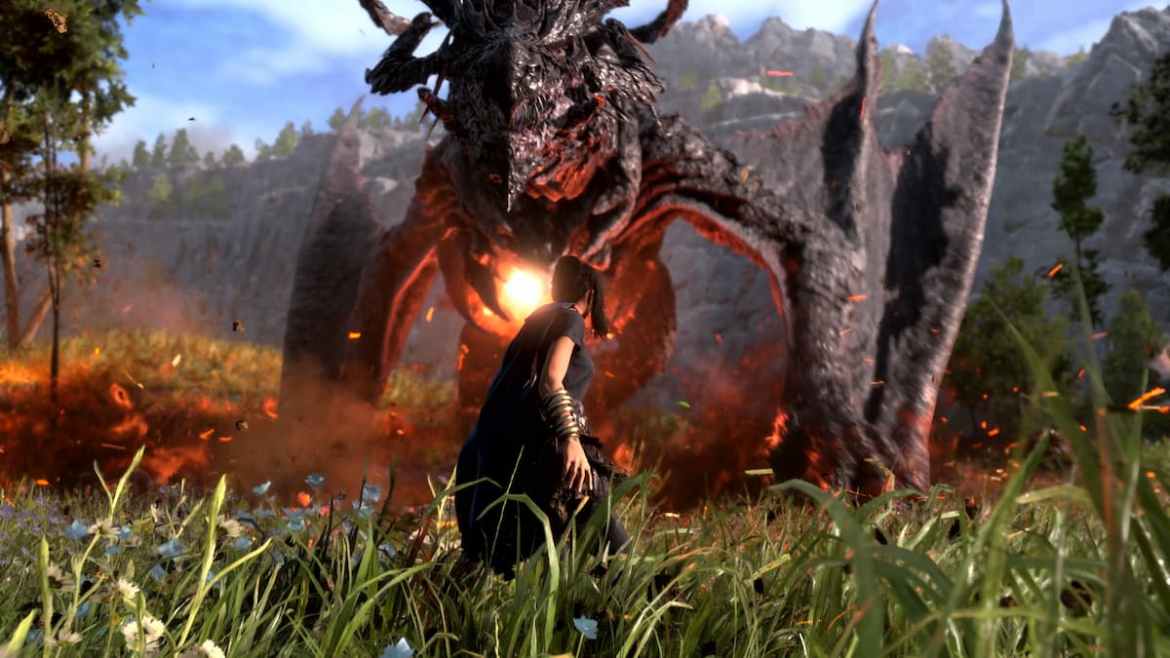 Forspoken, Luminous Productions’ debut IP is a mixed bag where your mileage will vary. While venturing out to expand upon some of the combat mechanics and ideas present in Final Fantasy XV, Forspoken swings for the fences but ultimately falls short.

The game opens two days before Christmas, where the main character Frey Holland is brought before a judge after being arrested for Grand Larceny. As a child, Frey was abandoned by her parents in the Holland Tunnel in New York City and has been on her own ever since.

Forspoken Review | Fish Out of Water

After events involving a run-in with her previous gang, an apartment fire, and a cat named Homer, Frey is suddenly whisked away into the world of Athia and is set forth on her adventure. If this sounds bizarre and a little jarring, it’s because it is. The game moves its opening at a breakneck pace and paints a picture of her home life that rarely comes back into play.

The story doesn’t get much better from there. I’d say it’s the weakest part of the whole experience. Frey oscillates wildly between reminding you she’s from New York to saying lines of dialogue no human being could have written.

The game is separated into chapters, but none feel distinct; some are lengthy open-world segments, while others consist of a few cutscenes and are over before you realize it. The game’s major twist feels unearned and out of left field because it’s the silliest option the team could have chosen.

You’ll be tasked with defeating the four evil Tantas of Athia. Once great and powerful protectors of Athia, they have succumbed to madness and instead are pushing the evil known as the Break, further and further across the land.

The last Bastion of Athia, Cipal, is your central hub throughout the game. you’ll be returning time and time again, talking to new characters and obtaining new side quests called “Detours.” There’s the upper city where the rich and wealthy live and the lower city where the peasants and common folk reside. Stop me if you’ve heard this one before.

Cipal isn’t an interesting city, its characters don’t evoke much emotion, and every time you return, it slows the pace down to a snail’s crawl. I found myself doing large batches of quests before returning to actively avoid spending as much time there as possible.

After a few opening chapters, you’re finally set free into the open world of Athia; with limited parkour movement and a fresh set of spells, you’re allowed to wander and explore. Once the game unshackles you from its loosely tied-together plot, you can experiment with the different support and attack magic.

There’s also a crafting system for your inventory space, medicine pouch, and adding unique modifiers to your gear. It’s mostly harmless, and outside of some raw stat buffs to your cloak and necklace; I rarely engaged with the systems. You’ll be able to add buffs to your gear like “regain health when killing enemies” or “increase damage when Surge Spells are charged.”

Hitting up a Refuge, a safe space for the player to rest their head is your way of unlocking fast travel, using a workbench to upgrade gear, and refilling any health potions you’ve used in your travels.

The most important part of the Refuge, though, is having the Tanta’s Familiars, these magical cats, hang out with you. They are the best part of the game; each is unique and adorable. They can roam around the various Refuges around Athia, and you can even obtain toys for them to play with. Combat is just a means to combat the break from these adorable cats.

While the combat doesn’t really come together until you have more spell types unlocked (which is gated by story progression), it takes some getting used to. I had to sit down and learn the properties of each spell and how they can combo into one another. From flinging giant boulders to whipping around a flame sword, Forspoken allowed me to figure out what worked best for me, but I had to avoid the weird jank like a land mine.

The game often feels clunky in its design. In combat with large quantities of enemies, I found myself doing an unintended movement, overshooting my target, or unintentionally using a spell’s aerial ability. Once you really learn how to maneuver around the clunky parts of the game, you can get into a flow state that feels pretty good.

Exploring Athia, finding hidden dungeons, puzzle box-style treasure chests, and challenging boss fights kept me coming back. The different zones feel distinct and have their own vibe to them, from the blue valleys of Avoalet to the broken red cliffs of Praenost. It makes for some lovely scenery when moving at breakneck speeds. Even in performance mode, the game’s environments still look solid.

I mindlessly hopped back into the world after rolling credits to finish up some new post-game content that wraps together loose story ends and some optional new dungeons. Even after the game is over, there’s a hefty amount to do, so if you’re looking for a low-stakes RPG to hop in and out of over time, Forspoken will scratch that itch.

Between combat and traversal, Forspoken makes for a good collectible open world because it’s fun to move around the space.

I enjoyed using the various spells and unlocking them. Experimentation is vital to Forspoken, so the more you do it, the more variety you’ll find underneath the surface. There is something to love here, even if it feels wholly unfinished. I keep coming back to roam around Athia, and I’m still looking forward to whatever Luminous Productions cooks up next.

The best way to describe Forspoken is like good RPG junk food. You know there are better options out there, but you’re going to finish the whole bag and think about it later.