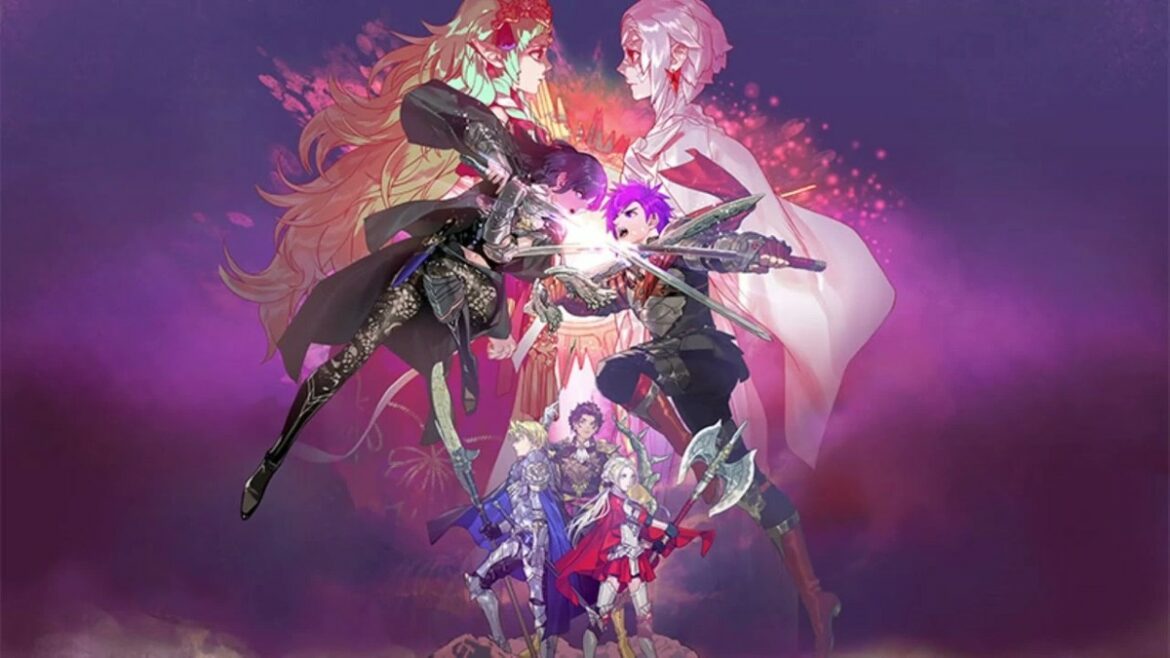 Fire Emblem and Musou complement each other in a strange way. Both of these properties are niche genre offerings, appealing to dedicated fanbases but seeing the same complaints over and over from wider audiences. But in recent years, both brands found new ways to penetrate the mainstream. And one of those ways was to collaborate. Nintendo joining up with Omega Force (disguised as Team Ninja for some reason) to make Musou/Warriors crossovers came out of nowhere, but here’s the fourth one already. Fire Emblem Warriors: Three Hopes is the most ambitious Nintendo Musou yet, capturing the style and scale of Fire Emblem while directly challenging long-standing Warriors roadblocks.

In some respects, Three Hopes is a massive success. In other respects, it stumbles quite a bit. Nintendo has run up against its own limitations, pushing the Switch hardware way too far once again. However, the production values in Three Hopes stand right alongside The Legend of Zelda: Age of Calamity, if not even closer to what it spun from. That said, you have some weird snags with balance, pacing and progression that frustrated me multiple times.

Despite those issues, Three Hopes has done the impossible. It feels like Another One. If it wasn’t for the foundational play shift, Three Hopes would be difficult to distinguish from Three Houses. All you’d have to do is swap from action RPG to tactical RPG and you’d just have a weird pseudosequel. The style, tone, affects, everything about this game feels authentically Fire Emblem. The Musou part only shows up on the battlefield.

The storytelling here is fascinating. It’s similar to Age of Calamity in that we’re looking at an alternate universe of the story we (presumably) know already. Age of Calamity explored a different outcome, almost telling an entirely new story to dance around canon. But in Three Hopes, we see Three Houses’ events unfold from a different angle, and a new perspective.

And in that perspective, player proxy prodigy Byleth is motherfucking Lu Bu.

By introducing an original player character instead of Three Houses’ protagonist, the writer(s) were able to look at the story holistically, and think about how various events would be seen from other points of view. The new protagonist is an actual character as well, with a background, personality and motivations of their own. And being a mercenary, they often get to lecture these high school war criminals on what it’s like to be an actual person getting by in the world.

The best part is definitely Byleth, though. There’s an energy to when Byleth appears in a stage, especially the first few times, that is simply terrifying. You can’t win, you know you can’t win, and unlike Lu Bu pursuing Byleth is not optional. They will hunt you down and make you fight just to survive. It’s almost like you get to learn what it feels like to be one of the enemy general units you’ve been dispatching for hours, if not years of Musou gaming. I’ve played hella Musou, and this is the first time I remember watching a character’s big red circle glide across the map towards me and thinking, “oh no oh no oh no.”

Speaking of the map, Omega Force really solved an issue with its Musou games that have been brushing up against the “Orders” mechanic for a while now. As more and more strategic elements are packed in to Musou games, getting the partner AI to help you do things without babysitting has been an ordeal. But in Three Hopes I can set up my team, tell each member where to go, and not only be confident they’ll hold it down before I get there, but even complete some objectives entirely on their own.

Hyrule Warriors: Age of Calamity Combat Guide or: How to Kick Ass in Musou Games

Because of that it actually feels good to use Orders and I’ve found myself opening, studying, and using the map more than ever in a Musou. It’s even fun to swap characters whenever during a stage since I don’t have to worry about Everything All the Time. This may as well be a new feature, despite it being around for a while already. I even brought out the first Fire Emblems Warriors to compare, and it was like the difference between running a daycare and working in an office.

Unfortunately, going back to the first Fire Emblem Warriors exposed one of Three Hopes’ biggest problems: performance. Musou games get a bad rap for performance on and off all the time, but that stuff had largely been solved by 2022. And yet with Age of Calamity and now Three Hopes, it feels like someone decided optimizing wasn’t a good idea anymore. Three Hopes doesn’t quite chug like AoC did, but there’s a visible jitteriness to the frame rate that definitely targets 30 instead of anything above.

It’s disappointing because the first Fire Emblem Warriors has a “performance” option that makes it run pretty damn smoothly. Where has that option gone? I haven’t seen it on a Switch Musou since and it’s sorely missed. Even the first Hyrule Warriors port struggled when it really shouldn’t have. Is this trouble emanating from the Switch successor being “delayed” due to COVID fallout, or did we decide we didn’t need smooth performance anymore? It’s a real shame, especially as a Musou advocate who had been basking in the smooth frame-ratey glow as of late. Shout-outs to Berserk Musou running like a dream on PS5.

Three Hopes also has a hard time cramming a bunch of systems in to make the in-between battle parts feel more like Three Houses than Warriors. There’s a lot of stuff to do, most of which is about building your characters and relationships. A lot of it, such as meals, is even just as cute and satisfying to engage with! But you have to collect a ridiculous amount of random resources to keep upgrading your facilities, and I kept hitting super frustrating progress walls, ensuring I just couldn’t even consider tinkering until I played further into the story.

It’s the same with character progression as well. Three Hopes gives you plenty of resources to try out all the starting classes, but comes to a screeching halt for the next step up. It wouldn’t be so bad if being ready for upgrades didn’t happen so much faster. I stared at maxed-out classes wasting EXP forever before I finally got access to Advanced Seals.

One more weird part to point out is that Three Hopes has a super strange power ceiling. Like, Musou games are ridiculous by nature but the way the numbers and damage are tuned up from the jump here approaches Disgaea territory. And that feels a little shark-jumpy to me. I don’t need my otherwise (relatively) grounded soldier man to do twelve bajillion damage with one attack to be convinced I’m having fun! It also feels like most of the limiters are gone, letting me just make combos go on until I feel like stopping.

I can just knock someone down and keep hitting them? What’s the bounce property for then? Why bother using the meter if I can just chain basic combos for as long as I feel like? I’m all for pumping things up in Musou games, which happened a lot in the other Nintendo Musou collabs and games like Warriors Orochi 4. But it goes a bit too far here and feels less empowering and more negligent. You can’t just give the “Musou is just mashing square” crowd ammo like this.

In terms of scale and structure, Fire Emblem Warriors: Three Hopes is the most impressive Nintendo/Musou crossover yet. And possibly one of the most successful Musou collabs in general in terms of replicating the vibe. Persona 5 Strikers felt like a small Persona 5 sequel with Musou splashed in, but Three Hopes feels like it’s a new Fire Emblem game just with a new gameplay style. The level of “polish” isn’t quite there yet, as some of the systems feel underbaked and the performance is disappointing. But if new hardware addresses the latter, the former barely makes a dent on Three Hopes’ shiniest parts.