Put the GameCube ones in there too, cowards 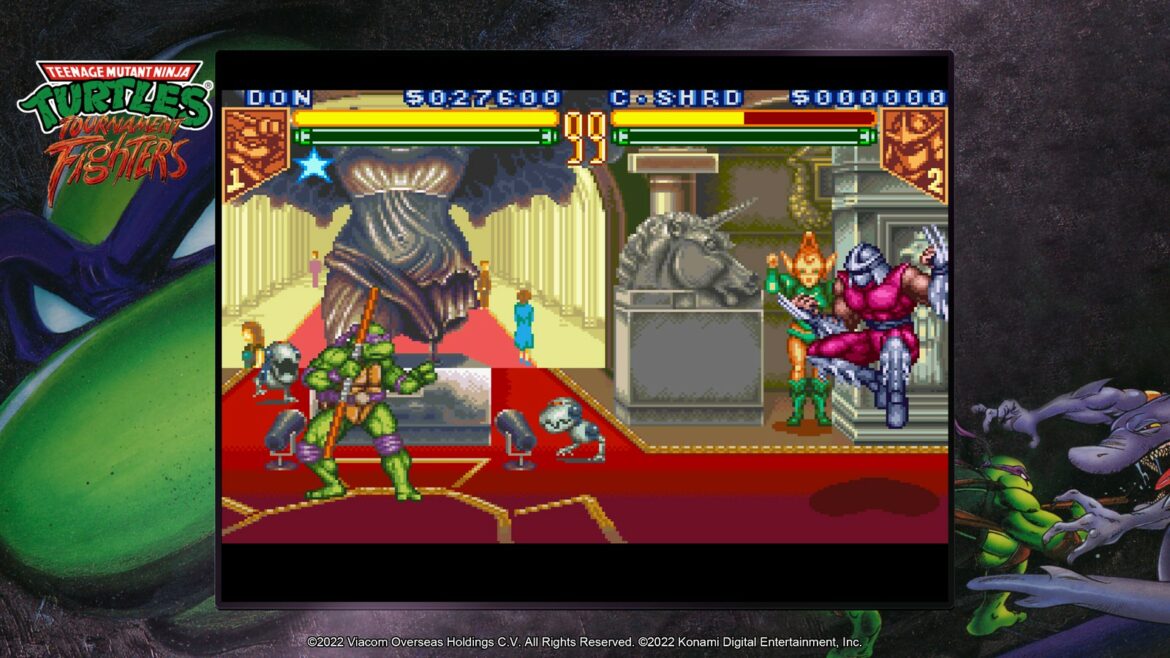 Konami has been on a roll in the last few years, bringing its litany of classic games to modern platforms with high quality compilations. Next up on the list for an M2-developed legacy set are, oddly enough, the Teenage Mutant Ninja Turtles. The Cowabunga Collection is coming in 2022, and seems to include everything. Yes, we mean everything. That’s “three versions of TMNT Tournament Fighters” everything.

Jokes aside, the Cowabunga Collection boasts an impressive roster of retro games, starting all the way back at the beginning with TMNT for the NES and ending with the Super Nintendo or arcades depending on your perspective. This includes, as we mentioned before, the arcade and console versions of applicable titles. This is a pretty interesting historical document, especially when you look at the NES timeline.

The first TMNT game wasn’t published or developed by Konami. It was actually made by Ultra, which is Konami wearing a funny mask and insisting it isn’t Konami. This was to avoid licensing limitations set by Nintendo. And then, Tournament Fighters was actually the literal last game produced for the NES. Weird, right?

So far the Cowabunga Collection has only been confirmed for the PlayStation 4 and 5, with a 2022 release planned. We’ll update here if more platforms are confirmed later. Update: The Cowabunga Collection will also come to Switch, Xbox and PC via Steam, per a release from Konami. For more TMNT, there’s also Shredder’s Revenge on the way from Dotemu, which happens to be a spiritual successor to Turtles in Time.