If this is a hoax then color me impressed 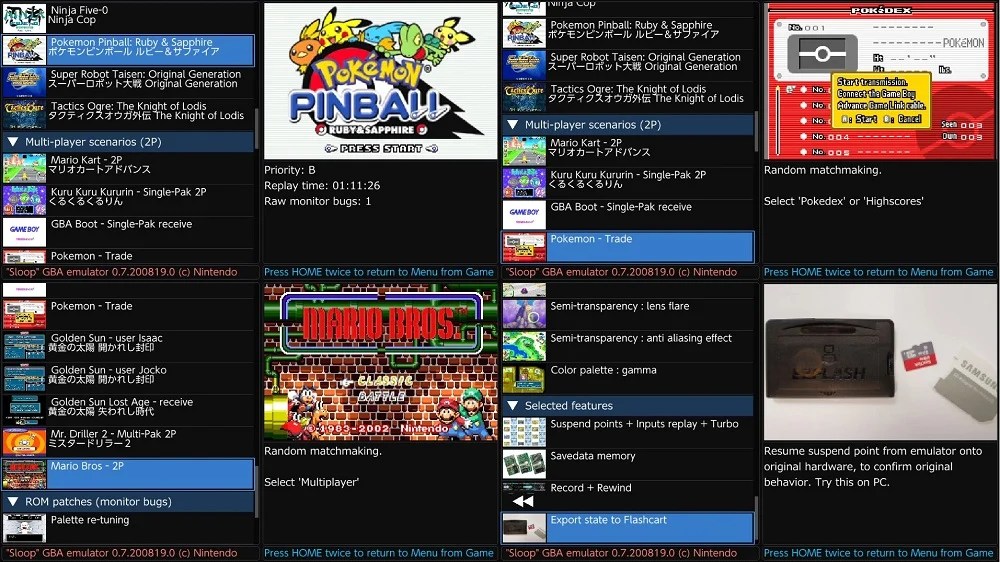 Here’s something fun. The emulation/homebrew scene is alight right now thanks to some curious software that appeared on, well, 4chan. Yes, fake leaks and 4chan are the best of friends, but the community is jumping all over these thanks to the finer details. If all of this is accurate, it seems like Nintendo’s European Research and Development branch has developed a pair of official emulators for the Game Boy and Game Boy Advance platforms.

A Twitter user who clearly made a burner account (which has already been banned or deleted) showed footage of the emulators in action. Since they’re packaged in NSP files, folks with hacked Switches are able to run the emulators just fine. You can’t watch the videos anymore, but you can check out the person’s feed thanks to the Internet Archive (link right here). As an aside, there’s a tweet in there also implying all six Mega Man NES titles are going to hit Nintendo Switch Online sooner than later.

This thread on homebrew community gbatemp breaks it all down, from where these files came from to what everything means. These emulators aren’t polished or branded, but they do seem to point to new settings such as matchmaking, a clear indication these programs are intended for the Nintendo Switch Online service. It doesn’t mean these emulators definitely will show up, or will show up any time soon, but it’s clear what their purpose is.

Nintendo’s Research and Development team is also behind emulators developed for official use, such as the software powering the “Classic” NES and SNES mini-consoles, or the emulation (and porting work) running the Super Mario 3D All-Stars collection. Everything lines up pretty well here, but of course you must take the grain of salt approach with anything like this.

Could there be an additional NSO expansion in the works? Or will more emulators be added to the current one? Will these even ever come out? So many questions don’t have answers. But it’s clear this software is real and functional, all things considered.