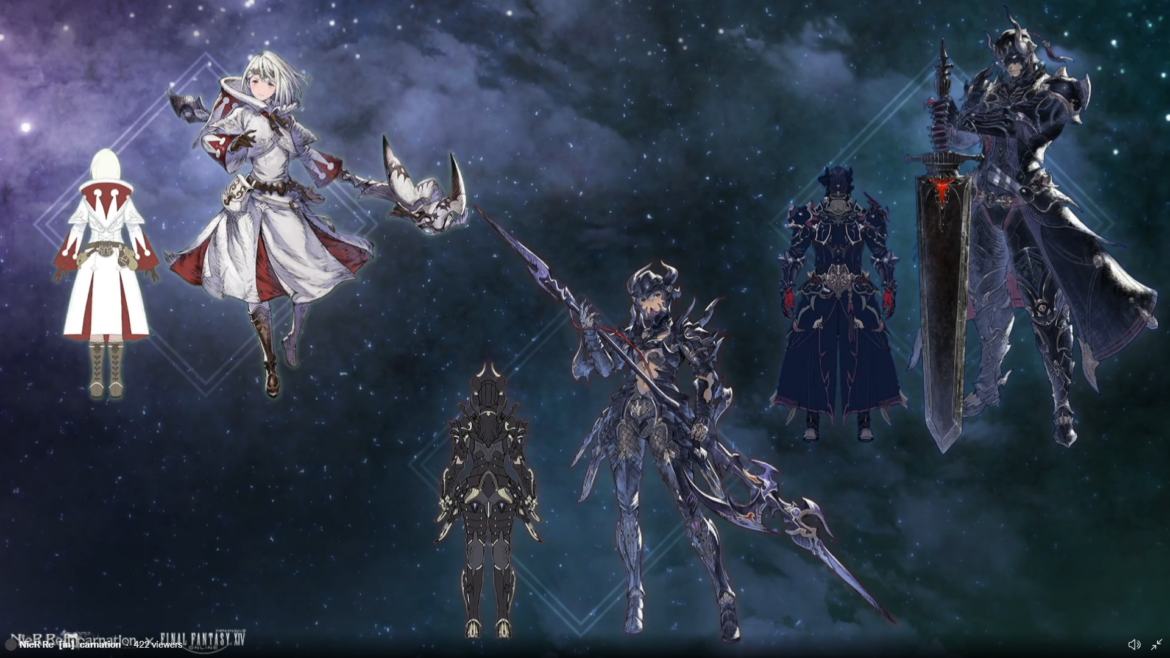 Nier Reincarnation is a mobile game developed by Applibot for IOS and Android. Earlier this year, we learned that there would be a collaboration between this mobile game and the critically acclaimed MMORPG, Final Fantasy XIV.

This morning, during a developer live stream, fans were treated to a brand new trailer for the event, which features new jobs from the Final Fantasy series heading to Nier Reincarnation. It also features a tease of the story that will be added to the event.

Three new outfits coming to Reincarnation are modeled after jobs in the Final Fantasy series. A White Mage outfit for Rion, a Dragoon outfit for Noelle, and a Dark Knight fit for 063y.

The biggest news is that the FFXIV Shadowbringers Main Scenario Writer Natsuko Ishikawa will be crafting a brand-new storyline for the event. At the end of the trailer, we see a glimpse of the antagonist of Shadowbringers, Emet-Selch. We don’t know how he fits into the collaboration, but it’s sure to be an excellent time for fans, new and old alike, with Ishikawa at the helm.

The event starts in Japan on May 10, 2022, and will run to June 13. No official date for the American version of the collaboration has been announced. Still, according to the roadmap for the game released a few months ago, the timetable is “After May.”

Final Fantasy XIV is available on PlayStation 4, PlayStation 5, and PC. If you haven’t signed up yet, there is a free game trial up through the first expansion Heavensward.

Nier Reincarnation is available on IOS and Android. You have some time to catch up in the game if you want to be ready for this crossover, so give it a shot today to see that new Natsuko Ishikawa story when it launches.