Never underestimate a naked warrior in a Soulslike 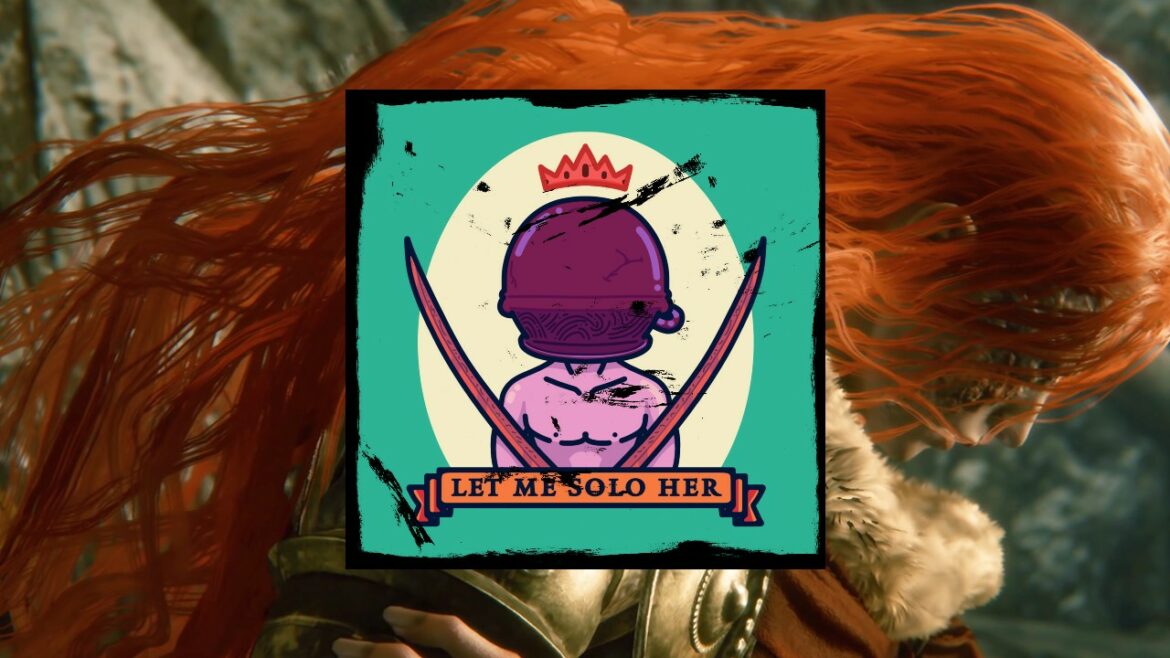 The last 72 hours or so have been absolutely wild in the real life world of Elden Ring. Being such a massive success in terms of sales and inherently a community-driven game has unsurprisingly kept FromSoft’s latest in the conversation well past launch. Community collaboration in Dark Souls and the like has always been a part of the experience, but I haven’t seen any sole players become mythological legend in real time before. The story of Let Me Solo Her is riveting, heartwarming and weird all at the same time.

As we’ve talked about before, one of the hardest, if not the definite hardest bosses in Elden Ring is Malenia. She’s optional, she’s cool as heck and she’s super hard to beat. Impossible, even, for many players. That’s where the multiplayer component comes in of course, as one or two players can show up and help. One player in particular has become such a notable presence in this space they gained instant notoriety and is now heralded as a champion of the people. That player is known as Let Me Solo Her.

Related: Prima Teama Collab: Who are the Hardest Bosses in Elden Ring?

The legend seems to have quietly started around three days ago, with a Reddit post that currently only has three comments and 65 upvotes as of this writing. The post is titled, “thx to ‘let me solo her” from user great_artorias and reads as follows:

I tried the multiplayer for the first time at malenia. Because her healing fucked me up and my strength build is possibly to slow in her second phase. I took the first persons sign I saw at the ground and it was “let me solo her” He dodged nearly all her attacks and got hit only one time. For a Casual Gamer Like ne that was awesome to watch. Thanks for this spectacular fight. PS. Sorry for my english

It mostly seems like this was just received as a cute post about a struggling player who got help from an expert. Happens all the time, right? Another post popped up the next day, a new testimony from a player (user gabsuLoL) in need encountering Let Me Solo Her. This one included a screenshot and gained much more traction. There was now Bigfoot-style evidence of this intriguing Tarnished in which you can barely see their username. Less than 20 minutes later, a third post went viral and the legend was born:

After 20-30 Malenia attempts and getting to ~15% several times, I finally decided I would try summoning and bumrushing with 2 others and just getting it done.

So I popped the finger remedy and approached the first sign i could see.

It was a man, wearing nothing but a jar on his head, holding 2 katanas, named “let me solo her” I considered against it. But I was curious, and who am I to deny him his wish?

The man took no damage except from some rot on the flower attack. He was flawless, and put all my attempts to shame. I definitely didn’t kill Malenia, but either way, she is dead.

Thank you kind stranger, even if you’ll never see this message.

Edit: Wow. I can’t even fathom the response to this. Thank you for all the silly awards, but they belong to the Jar Man. For those asking, he is on PC, and I met him sometime around 7-9 EST.

For those of you out there, doing something similar, keep fighting the good fight. I’m still not a fan of being carried, but if youre able to flex THIS hard, you deserve the praise you get. Someone has to be the start, and you are it.

There’s nothing unusual about encountering high level players brazenly fighting naked to display their power level. But Let Me Solo Her is different. This player is on a mission, spending time in one spot ready to answer calls to help. Malenia was already notorious in the Elden Ring community for arguably being the toughest “Souls” boss to date. Now a katana dual-wielding naked man wearing a jar on his head was standing tall and using his powers to defend the weak like some kind of eldritch Superman. There are more stories being shared. Fanart being created. Players inspired to do similar service on different platforms to spread the message of nude justice. Just look:

This blew up so much the actual human behind Let Me Solo Her revealed themselves, popping up on Reddit to say hello and pledge to continue aiding the Elden Ring community on PC. Known as Klein Tsuboi on the internet, this hero shared video evidence of their activity and frankly, incredibly steady murdering hands. Here’s the video:

This is why games like Dark Souls and Elden Ring are so special. It isn’t the hardcore difficulty, the glitches and exploits or even the “Git Gud” goobers yelling at people for using Mimic Tear and getting ratioed on Twitter. It’s a game that by its very structure invites collaboration between players, often quietly and in passing. You call someone for help with a boss, they get one chance, and win or lose they disappear right after. But as we can see with local legend Let Me Solo Her, there’s so much untapped potential for what a game like Elden Ring even is, for players to challenge and blur the lines between play, authored storytelling and external influence.

In a world that buries its history in hidden treasures and untold stories, what’s the difference between an item description and a post on social media?