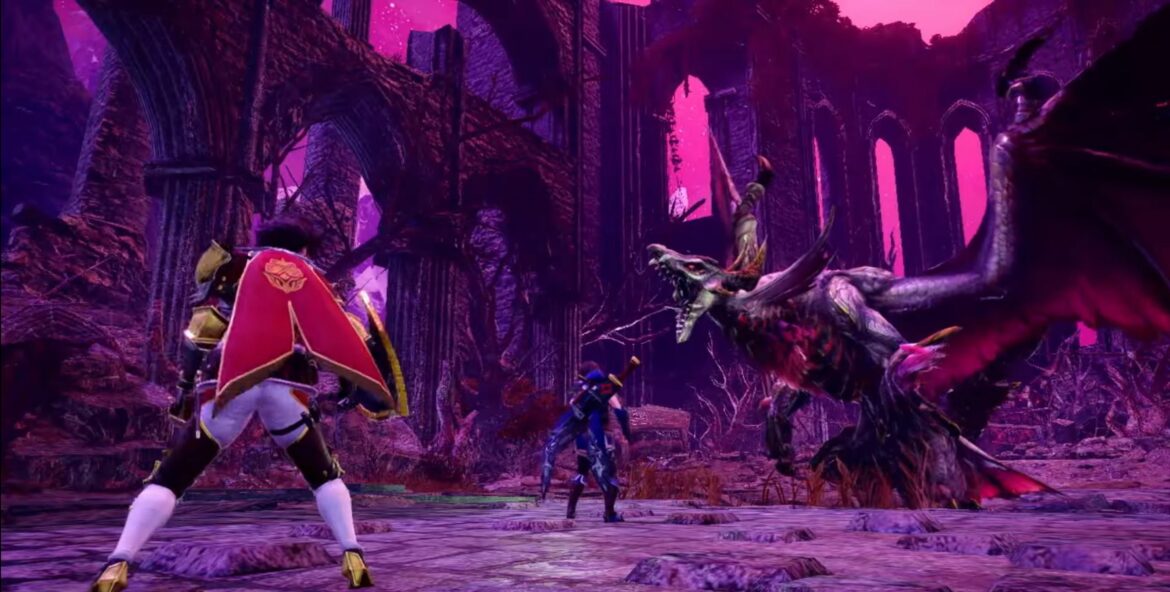 We learned quite a bit about the upcoming expansion during the new Monster Hunter Rise: Sunbreak Digital Event this morning.

First off, the event showcased a brand new trailer for the massive expansion that showcased a little more about the flagship monster Malzeno. Malzeno is a vampiric Elder Dragon that can inflict the Bloodblight status effect against hunters. It’s not a monster to be trifled with.

The team went a bit further with this Elder Dragon, talking about its beauty and elegance when it consumes enemies and consumes their life force. If Malzeno consumes a hunter’s life, it will evolve into a more powerful form. The designers incorporated elements of aristocracy, nobility, grandeur, and cunningness into the art for Malzeno.

The stream also touched on three new monsters that players will hunt during Sunbreak. The first one, Seregios, is a returning monster from Monster Hunter 4 Ultimate. This was the flagship monster for that entry. Seregios uses its hardened stone scales to inflict bleed on the hunter.

The second monster is a new subspecies of Somnacanth in the form of Aurora Somnacanth. While the original would use a sleep-inducing powder to attack players, Aurora focuses on chilling ice breath and sliding around to slow players down.

The third and final monster introduced during the digital event was the Magam Almundron. This is a new subspecies of the Almudron. Instead of using mud and dirt to encase the player, the Magma variant focuses on using its heated tail and digging into the earth to damage hunters.

The showcase also went into the ability to swap out your Switch Skills mid-battle. This means you can now combo your weapon Switch Skills together during a fight for more variety in handling a situation.

The team also touched upon new skills coming with Sunbreak but are saving that information for a weapon by weapon video series starting on May 16. So be sure to find your weapon and see what changes are coming.

Some other minor changes are coming alongside the Sunbreak expansion, like wall-running without having to wire-dash and being able to attack a monster without riding it when they’re in a vulnerable state.