What is that melody? 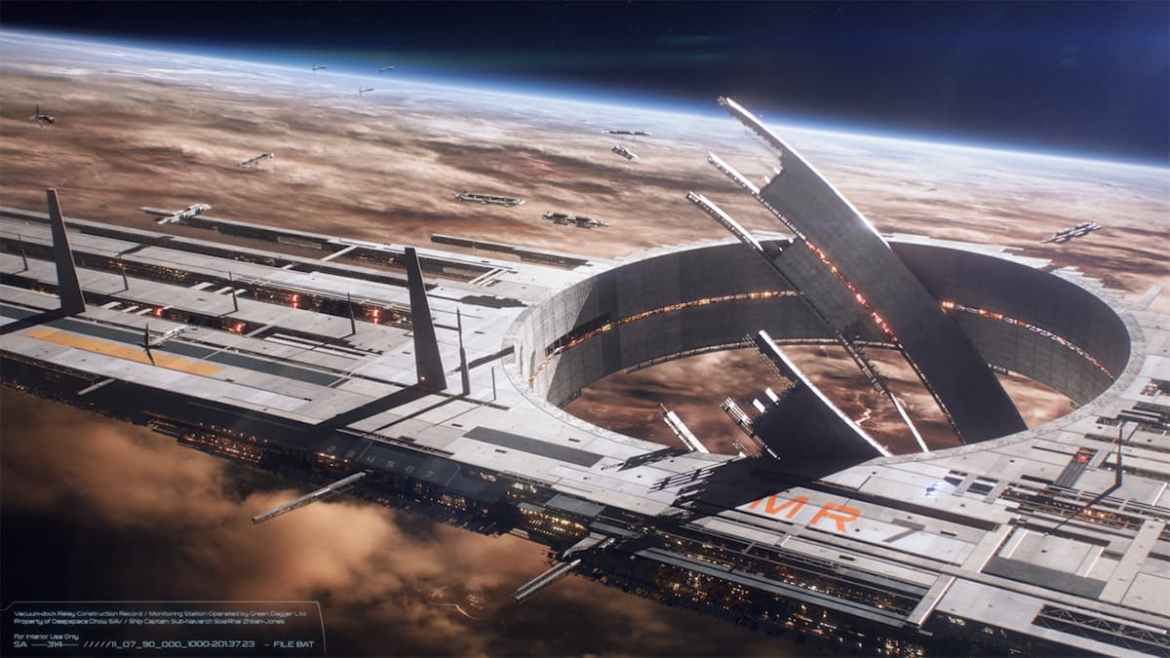 In celebration of N7 Day, Bioware has released an eight-second video of concept air that looks suspiciously like a mass relay being built or rebuilt. In the background, there is a soundtrack that, at first listen, seems to be a melody with a low rumble with ample static.

While the video itself doesn’t visually offer much more than this, Bioware offers a hint in its tweet: “Happy #N7Day from across the stars! 💫 We found this interesting footage you may want to 🔍 a bit more closely.”

Fans were happy to oblige and quickly noted that the file was named “SA_INTERCEPT_SATHERIUM_SYSTEM_Dock314” and posited that SA likely stands for Systems Alliance. It’s possible that the Systems Alliance intercepted something in the Satheirum System, but what? While Dock314 might be a reference to Relay 314, a dormant relay that led to the First Contact War between humans and Turians.

Is it possible that the dormant relay was finally activated and led to the Satherium System?

User Mosaic Horse on SoundCloud was quick to decode the audio. While some of the message is garbled, what can be heard sounds like a conversation between a woman (who sounds suspiciously like Liara) and a Geth.

“Exactly, the council will be furious. Although they should know by now not to underestimate human defiance. How did we miss this?”

Unfortunately, no one fluent in the Geth language has arrived yet to translate the second part of the conversation.

The transcribed conversation revealed by Mosaic Horse was then posted by Mike Gamble, the Project Director of Bioware. Honestly, Mike seems to be having a great time with this hint, as he’s all over it, answering theories and telling fans if they’ve missed something. He also offered this celebratory message, promising that Mass Effect will be here for years to come.

“In the nearly 15 years since the release of the first Mass Effect, the biggest reason we still love working on it is the warmth, dedication, and passion of this community,” Gamble wrote. “There are some of you who have been with us through everything. We’ve grown together, sacrificed Ashley together, (Editor’s Note: Or Kaidan, Mike! We all make different choices.) faced difficulties together…and laughed until our Faces Were Tired…together! And for those of you who are new to Mass Effect (thanks, Legendary Edition!), welcome! I can promise that many years of fun, adventures, and characters you’ll fall in love with are still ahead.”

What a way to celebrate N7 Day! In the meantime, fans will continue to dissect and analyze that eight-second clip, so watch this space as more information is revealed.