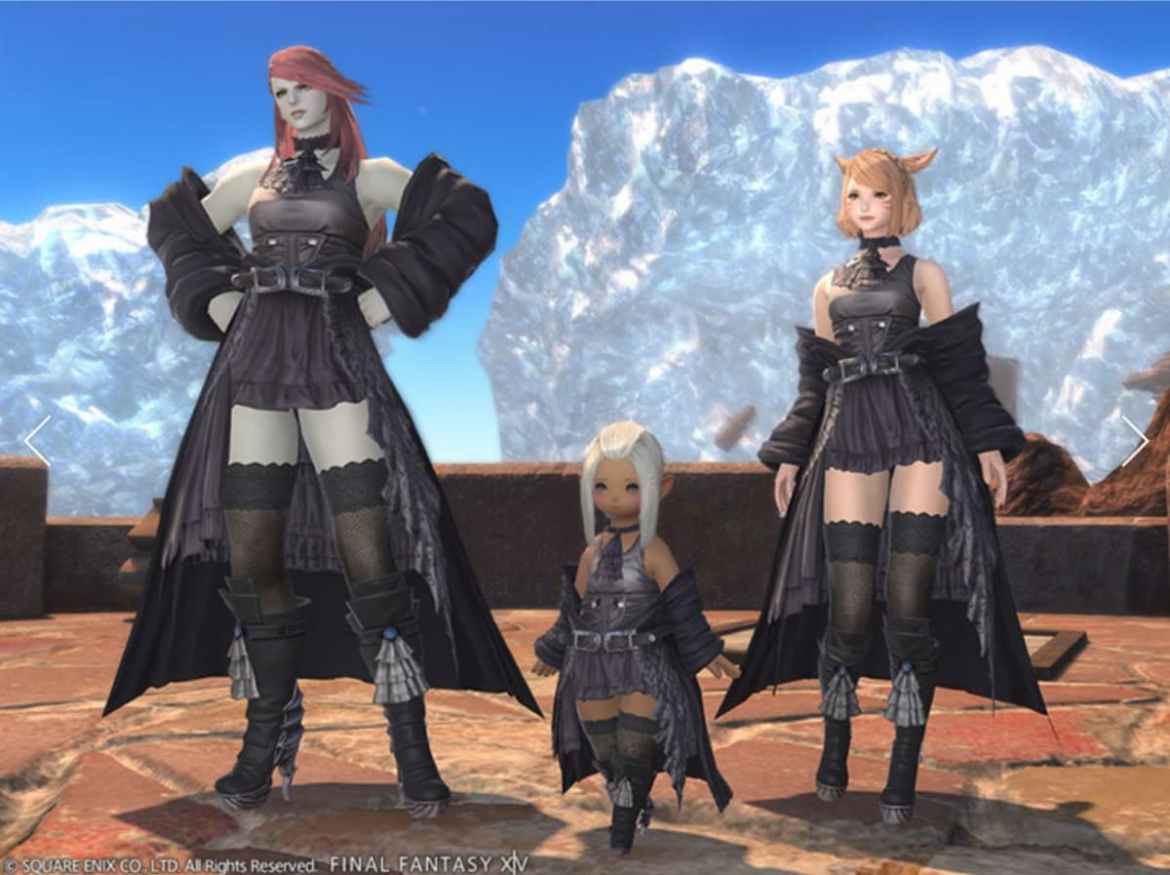 FFXIV, the critically acclaimed MMORPG from Square Enix, is a place for players to come together, experience a gripping narrative, defeat the evils of Eorzea, and, more important than any of that, show off their sick outfits. The fashion in Final Fantasy XIV is what many players consider the true endgame, running around Limsa Lominsa flaunting their newest piece of apparel. FFXIV’s newest purchasable cosmetic set in the online Item Store misses the mark in more ways than one.

Gaia, the main character around the Eden raid series introduced in the Shadowbringers expansion, quickly became a fan favorite. Her iconic black dress and sleeves were a huge hit with the community. Ever since her introduction, players have wanted that outfit in the game. Today, Square released that set in the item shop; however, everything is not as it seems.

Players quickly realized that the Gaia Attire was all one piece. You can’t mix and match the pieces of clothing with other gear in the game. It’s either all or nothing. This isn’t the first time Square has released a purchasable cosmetic like this. Lyse’s dress from Stormblood operates the same way.

With Gaia’s Attire, you can see the sleeves are connected to the dress, but the stockings and boots are entirely separate. Yet, everything must be worn as one, and you can not equip arms, legs, or foot gear when wearing this. It is currently selling in the item shop for $12.

You’re paying to cosplay as Gaia and nothing else. If that’s what you want, go for it. However, it severely limits the creative ability of the player base to create new and exciting glamours. The FFXIV community is incredibly passionate about its fashion and the ability to use pieces of gear, new and old, in incredibly clever ways. The Gaia set is also undyeable, meaning you can’t change its color. Gaia’s outfit is also gender locked to female characters, an ongoing issue that the team has been slowly fixing with older gearsets.

Related: A Year Later and This FFXIV Endwalker Moment Still Gives Me Chills

This is likely because Gaia’s character model is vastly different from other characters in the game. Typically, NPC characters in FFXIV are built using a slightly modified version of the character creator and given unique clothing that works with the current apparel system. This is why many of the purchasable items in the shop come as separate pieces. For instance, Y’shtola’s Heavensward and Shadowbringers gear on the Item Store are all separate pieces.

Gaia’s Attire is a massive step in the wrong direction for the player base. Limiting players’ ability to express their Warrior of Light makes for a slightly more homogenized experience, especially with a character so beloved as Gaia. Final Fantasy XIV thrives when its community finds creative solutions to problems. While it’s just one piece of clothing, the Gaia Attire misses the mark on what makes FFXIV unique.