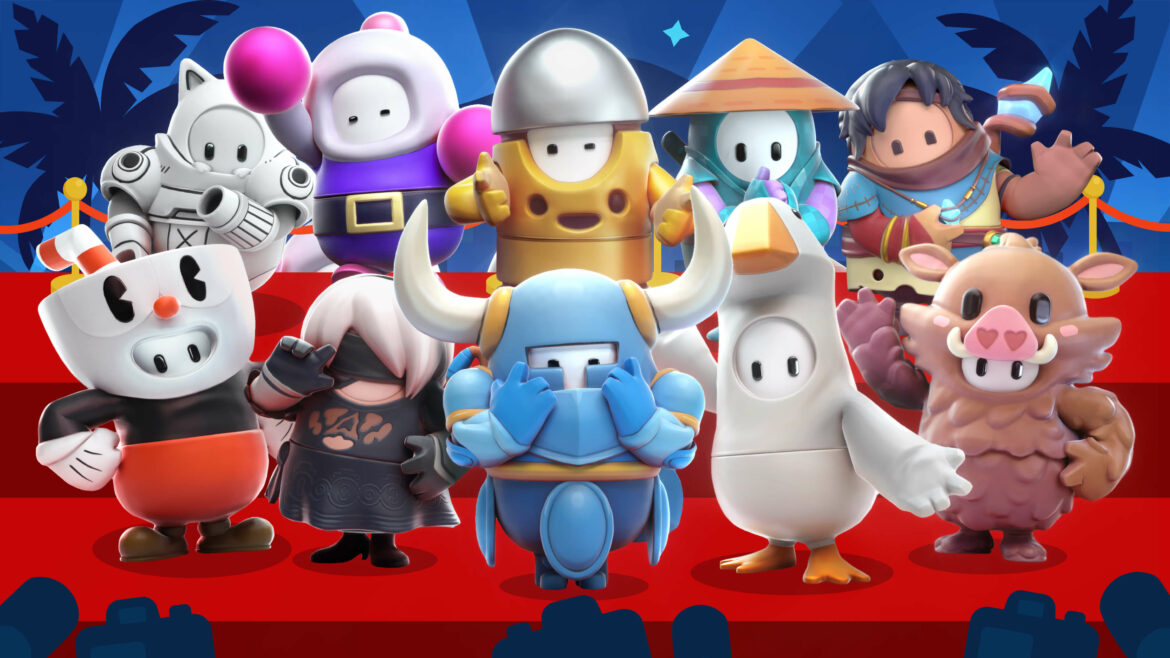 Fall Guys, which came out on PlayStation 4 and PC back in 2020, is finally making its way to Nintendo Switch and Xbox platforms on June 21. This comes alongside the news that it will be going free to play on the same date. All of the newly announced platforms will also feature cross-play. No matter where you play, or what PC storefront you use, everyone plays together.

During the Mediatonic live stream, we also got a sneak peek of gameplay running on the Switch and Xbox. The Switch version will run at 30 fps, both handheld and docked.

The Xbox version will also come with a free skin every month for the first three months of the game. So be sure to download and log in to get those free costumes.

For fans on PC and PlayStation who have been playing before June 21, they will receive a legacy pack that features three costumes and a free premium season pass.

The premium season pass is akin to many other battle passes in the industry; a paid version of the free pass that allows players to earn specific cosmetics only available there.

Mediatonic will also be converting all player’s earned crowns into Kudoa as they change the in-game currency structure.

On top of that, of course, there are also a ton of new levels and obstacle courses for players to stumble through. All of these are also dropping on June 21 to make the biggest update to Fall Guys since launch.

During the stream, we also saw a sneak peek of some new crossover skins like Ezio from Assassin’s Creed and Mecha Godzilla and Mothra.

These are only a couple of the crossover skins teased during the stream and sounds like a lot more are coming in the future.

The stream ended with a custom level editor for players to create their own custom obstacle courses in Fall Guys. This editor is still a work in progress and won’t be released soon, but it has been confirmed. Fans will eventually be able to create the level of their dreams, or I guess nightmares.

If you missed the stream and want to catch up check it out below.