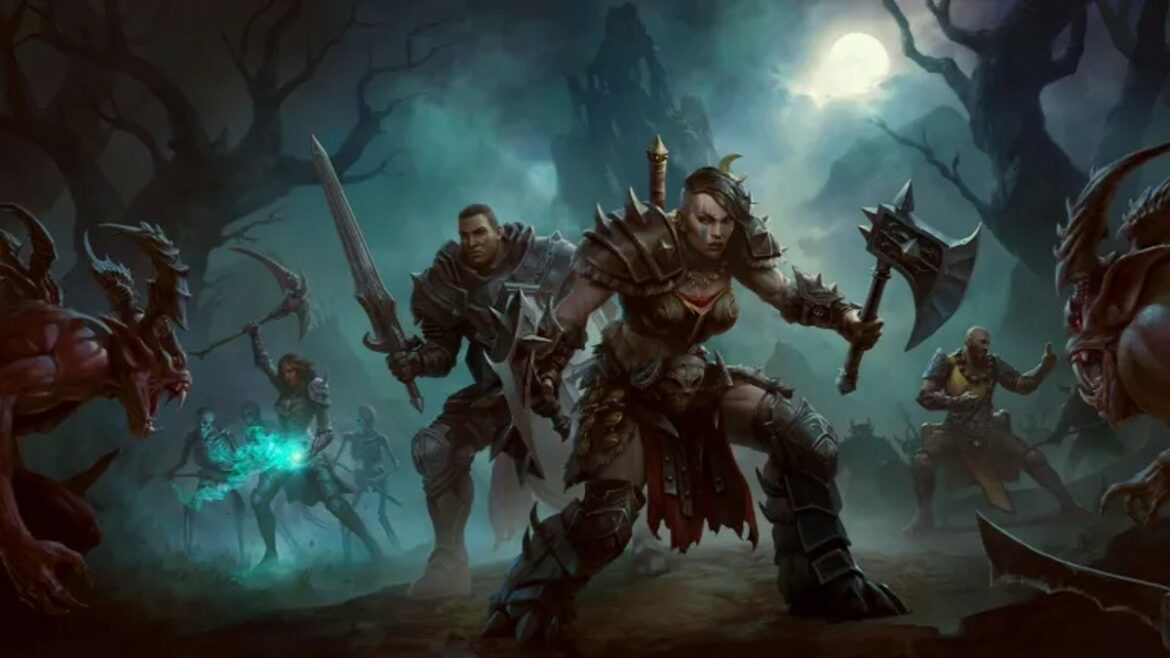 If you’re starting to get wind of some eyebrow-raising files sitting inside the Diablo Immortal installation folder, it’s probably nothing to worry about. While speculation from the community almost immediately went to China, a community manager at Blizzard offered a totaly different explanation. According to the official word, these files are simply leftovers from a discarded game feature, and were already set to be removed sometime in the near future.

This information comes directly from Adam Fletcher, who works at Blizzard as the Global Community Lead for Diablo Immortal. A user on Twitter made a… colorful post about Facial Recognition dll files present in Diablo Immortal’s PC installation folder a few days ago. Fletcher responded after looking into the matter, stating these files have “no functional purpose” and are leftovers from a planned feature earlier in development.

The feature was supposedly to make the player character mimic the player’s facial expression in certain scenarios, but was ultimately discarded as “we thought the feature did not meet our quality standards.” In another reply to someone else, Fletcher noted the files wouldn’t be removed by release (June 2, 2022) but “hopefully soon thereafter.”

The online PC gaming community does have a history of being concerned with China’s involvement in games, particularly when Tencent is in the news for funding companies like Riot or Epic Games. Diablo Immortal is developed by China-based NetEase, which to be fair has openly discussed its use of facial recognition in its games.

These technologies are being used due to China’s laws prohibiting minors from playing online games past a certain time of day. The law itself is alleged to be a counter to gaming addiction, and the facial recognition is a response to ways gamers were circumventing the law by using things like their Parents’ IDs.

At the same time, Fletcher’s explanation holds plenty of weight. Facial recognition in games for entertainment purposes has been around for a while, particularly in games like WWE 2K for players to use their own faces for custom characters. There was also that one Square Enix game about vampires that only two people besides myself probably remember. It’s janky at best, to say the least, so it’s plausible both that this feature was on the table at one point, then trashed after it didn’t work out.