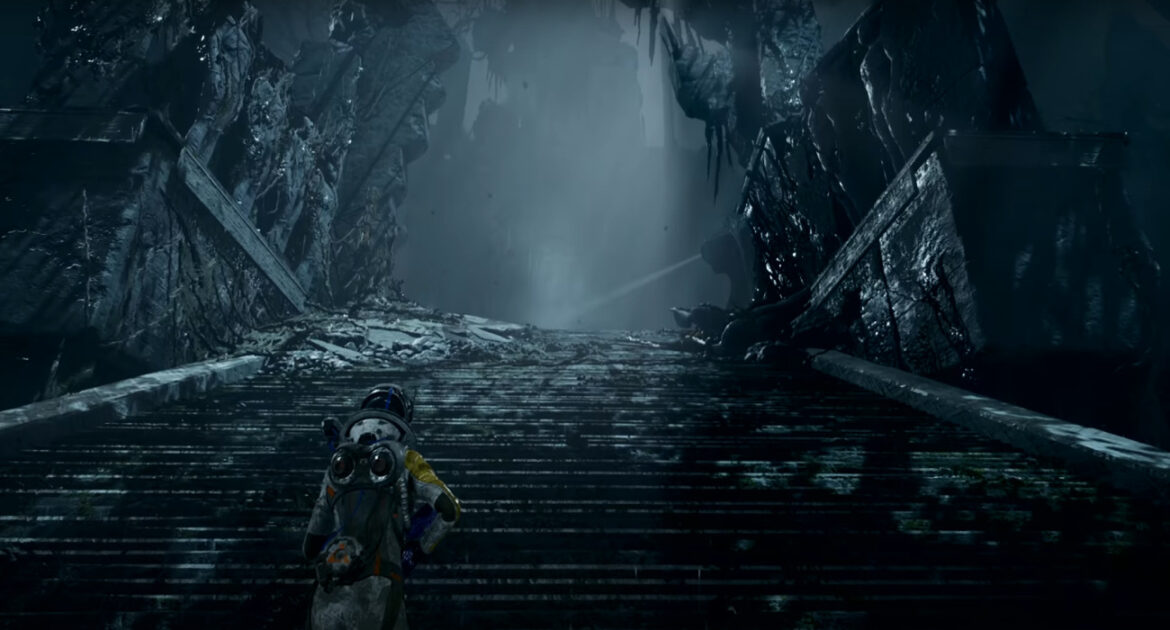 These two developers walk players through some of the new content found in the Tower of Sisyphus, which is an endless mode coming out as part of the Ascension update on March 22, 2022.

You start in the tower atrium, which will change and shift as you continue to progress through the upper floors. It’s where you will get bits of new plot points as you return after each failed run.

Each run will have Selene moving through the floors of the tower as she tries to reach the top. Each time you play your score will be tracked giving you an internal sense of how you’re progressing.

All runs are procedurally generated similar to the base campaign itself, so don’t get too comfortable with a setup, as your next one is going to be completely different. For instance, a new enemy can be found in the tower that will open a portal if you kill it quickly enough.

Hopping into the portal will net you a few bonus goodies in a safe room, so always be on the lookout for what’s new to make the most out of a run.

On top of new enemies, the Tower of Sisyphus also features new super weapons that are incredibly powerful and worth seeking out during a run if you’re lucky.

In the video, we see one of these new weapons called the Disgorger. Be careful though, these weapons have very limited use and it’s important to only pull them out in critical moments.

The video shows off a whole lot more, including new bosses, some story beats, and plenty more for you to check out.