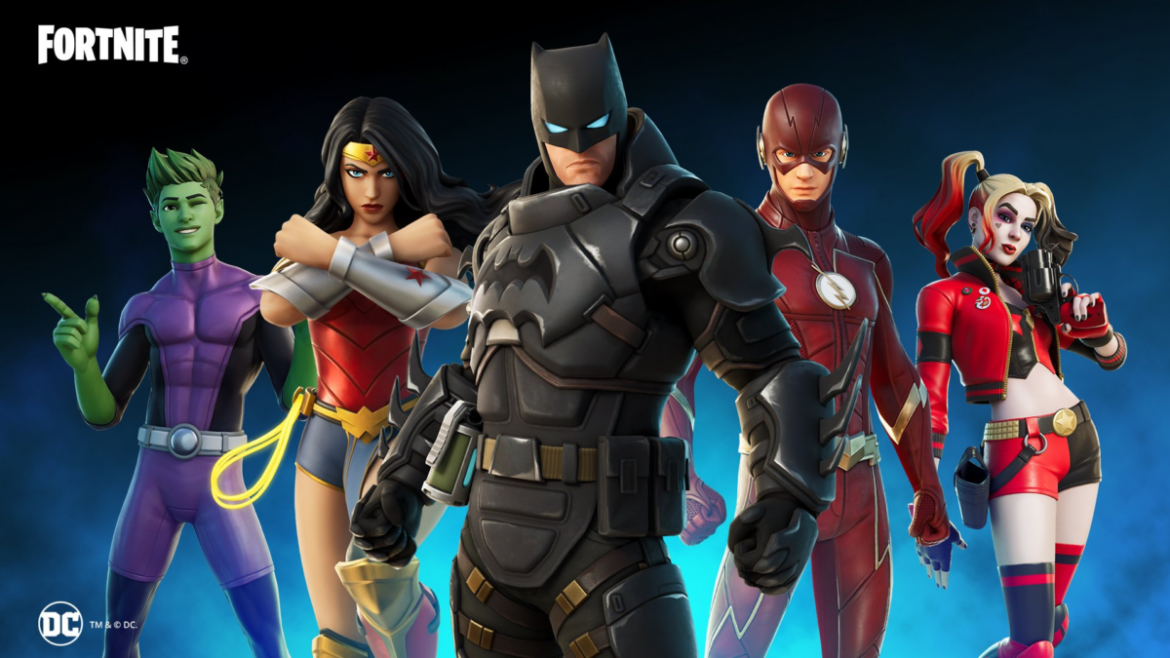 Five years after its release in 2017, Fortnite has a rich and ever-evolving library of skins, but it wasn’t always that way. The first season was rather limited in options for customization of your character. However, the battle royale has changed massively since then and has built a giant fanbase around the globe.

Now, there are many different skins from numerous properties, including Stranger Things, The Walking Dead, and popular heroes from the Marvel and DC Universes. Here are some of the best superhero skins in Fortnite.

What are the Best Superhero Skins in Fortnite?

Click on a link below to automatically jump to that Fortnite superhero skin:

The cuteness of Cuddlepool masked the dark, satirical, and ironic but deadly Deadpool. It dropped in Chapter 2, Season 2, and has become rather popular since. Is it really worth 1,500 V-Bucks?

You can also go for the original Deadpool, but he is less fun and harder to obtain as it rarely appears in the Item Shop.

Natasha’s unique story as a Marvel superhero has made her quite popular, including in Fortnite.

Players have been enjoying Black Widow’s perks in the battle royale since 2019, but if you haven’t obtained her by this point, you had only four different chances of doing so.

There is everything to love and nothing to hate about this skin. Although the phenomenal Harley Quinn has several variants in the game, the red and black Rebirth outfit is by far the best.

It was introduced in Chapter 2, Season 6, and made available for 1,200 V-Bucks in Item Shop. The outfit can also be obtained for free if you buy a physical copy of the Batman/Fortnite: Zero Point Issue 1 comic.

Owners of this cosmetic can transform from Clark Kent to Superman mid-game and into an epic shadow style with a silver S on his chest.

The excitement for the release was ever-so-prominent in Fortnite’s metaverse, and players jumped off their chairs to learn that it was made Chapter 2, Season 7’s secret skin.

One of the most iconic comic book characters and superheroes landed on the island in Chapter 1, Season 10.

The outfit was a part of the Comic Book Batman skin and was made available only through Item Shop for $15.99. Unfortunately, we haven’t seen the Dark Knight for over two years. Now that we have both lovable superheroes on the island – the cape crusader and man of steel – the question is, who is better?

Related: How to Get the Batman Skin in Fortnite

Spider-Man introduced himself to Fortnite players through the Chapter 3, Season 1 Battle Pass event. It features a web-shooter item to traverse the island, slinging webs all around.

The crossover skin sent fans wild upon release, and just a week later it was pushed to the Item Shop to everyone’s delight.