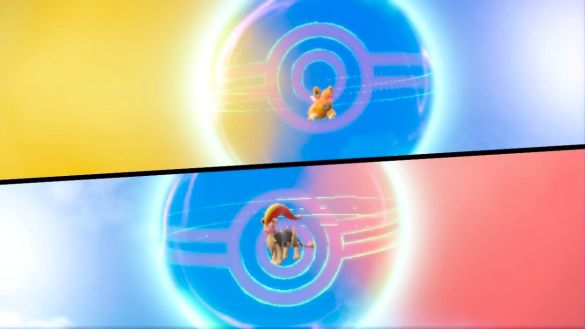 The other day, I spent four hours straight making Surprise Trades with other Trainers in Pokémon Scarlet and Violet. I hadn’t messed around with the feature in Gen 9 yet and wanted to see if I could get anything cool (spoiler alert: I did. You can read about my experience here).

One thing that stood out to me, though, was the amount of bargain bin Pokémon I both received and then sent off again to someone else because, like their previous owner, I didn’t want them. And it got me thinking: I bet many of these Pokémon have seen hundreds of Trainers in their journey to find a permanent home. Some have probably been stuck in Surprise Trade purgatory since day one, being the ball whacked in all directions in a worldwide game of trading table tennis. If the Pokémon franchise had a hell, this would definitely be it.

The Life of An Unwanted Pokémon Lost to the Void

If you don’t know what Surprise Trading is in Pokémon Scarlet and Violet, it’s essentially trading one of your ‘mon to a randomly-paired stranger, not knowing what you’ll receive in return. Many Trainers use the feature to get rid of their “breedjects” – AKA Pokémon they’ve hatched from Eggs in the hopes of getting a Shiny. And some send off actual Shiny Pokémon, among other rarities.

Related: How to Beat Pokemon Violet and Scarlet’s Post-Game Legendaries

In short, they are a shot in the dark, a coin flip in a sea of random encounters. But it’s because of this that thousands of Pokémon are lost, being sent from player to player until they hopefully find a permanent home eventually. Imagine hatching from an Egg, seeing your first glimpse of the world through a crack in your shell, your mind racing with the excitement of being born, only to be tossed into a black hole immediately because your owner doesn’t want you because you’re not special. It’s sad AF.

It’s even more miserable when you realize that the Trainer the Pokémon is sent to probably doesn’t want it either. Then it gets passed along again, where it’s unwanted once more. Rinse and repeat. And so starts a lonely cycle.

I saw a lot of this during my night of Surprise Trading, and something I did many times myself. I’d send a Pokémon, get one I didn’t care for back, and then use it in my next random trade with someone new in hopes of receiving something better. And if I didn’t? I’d throw that one to the next player, too.

Will Surprise Trade Pokémon Ever Be Loved?

So what happens to the Pokémon rejects, then? The blunt truth is that they will most likely either be stuck in Surprise Trade purgatory, destined to be trapped in an endless trading loop forever, or they are eventually sent to a player who keeps them but never takes them out of their Boxes. Either way, it’s painful to think about. The likelihood of them ever being loved is slim; if they are, they’re one of the lucky few.

That’s the harsh reality of Surprise Trades. Think about it: no one ever sends off a Pokémon they care about, so the likelihood of the receiving Trainer wanting it too isn’t exactly high. It’s not impossible but also not probable.

When it comes down to it, their purpose is to fill out somebody’s Pokédex entry, and that’s it. Depressed yet? Same.

Meg was a video games journalist in the UK before moving to the US and eventually becoming Managing Editor at Prima Games. When she's not working, you can find her playing her Steam Deck, training Pokémon, or facing off against opponents in Overwatch 2.