Rip and tear into some internet mudslinging 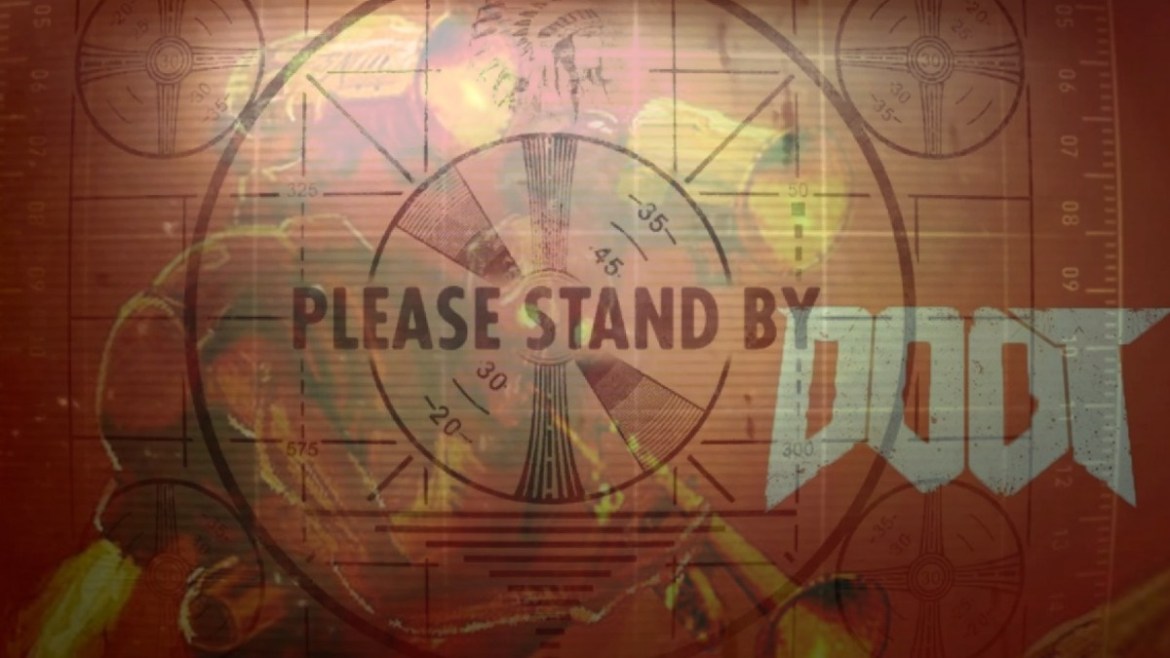 Gonna toss this up here right off the bat: This is an op-ed, so you won’t find any “takes” presented as “facts” here. Full disclosures: I do not know Johnathan DOOMguy personally, nor anyone else mentioned in this article. I think I have a Reddit account, but I don’t use it. DOOM’s neat but I prefer Wolfenstein. Sonic Frontiers kicks ass. I don’t care if hot dogs are sandwiches or not.

Videogames drama gets pretty weird when you write it down on paper. For example, we’re looking at a corporate statement, responding to a desperate plea written in careful legalese, responding to an accusatory reddit post from an industry executive dropped two years ago. All of this over the soundtrack release for a game telling (attempting) a Tolkienesque epic about a dude who loves killing demons from literal, Christian Hell with his bare hands.

The story of DOOM Eternal’s botched OST album is an kaleidoscopic shitstorm of contracts, multiple social media platforms, the techno-muscle fibers of digital music, creative versus corporate, deadlines and crunch, betrayal and misinformation, a global pandemic, videogame preorders, an industry expo/circus, and fans willing to believe any wall of text dropped on their laps if it means they get to send someone death threats. It’s a massive web of socio-economic problems weaved by bloodsucking spider creatures willing to sacrifice the world for profit. You know, Shareholders. You can catch up here if you need to:

Back to the bubbling internet lava pits of drama. I’m not writing this to take a side or make declarations of fact or truth. That’s impossible. Literally, the only way anyone watching these events unfold will truly learn what happened is if a bunch of contracts, emails and whatever other materials exist documenting all this bullshit descends from the heavens with no redactions. Or when court documents get posted online; whichever comes first.

I just want to point out how ridiculous that Bethesda tweet is. Check it out for yourselves:

There’s a lot happening here but the part bothering me is the way this statement brings “evidence” into the mix. Bethesda notes it “stand[s] ready with full and complete documented evidence to disclose in an appropriate venue as needed.” This whole sentence left a bad taste in my mouth and I had to spit it out somewhere. It’s a weird dismissal of Mick Gordon’s evidence (which to be fair was carefully segmented and redacted, albeit for obvious reasons) but the “appropriate venue” line is the real kicker.

You can go to Reddit right now and read what Marty Stratton wrote in the DOOM subreddit, accusing Gordon of practically sabotaging the soundtrack due to problems with deadlines and deliverables. The Reddit post claims Stratton was communicative, accommodating and transparent with matters like contracting the work for the OST, Chad Mossholder’s backup edits for the album and the conversations following the release. Mick Gordon’s statement of course claims the exact opposite of each point, and includes pieces of evidence that seem to back it up. There’s no evidence of any kind offered in Marty’s Reddit post. Which is very much still live and visible as it was originally published.

Reflect on that for a sec. This was a Reddit post. Not a press release, not a company statement, no mentioning of things like venues or documentation. Just words, posted on the internet’s biggest platform. Words that would obviously put a massive dent in Gordon’s reputation and further work opportunities. And much like Bethesda’s claims, this post resulted in tons of online harassment. Just look at the older comments, for starters.

The hypocrisy is stunning. We’re supposed to think it’s totally fine and normal for an Executive Producer to dump a whole-ass hamper of dirty laundry on a public forum? On a website, mind, famous for having to ban users and whole channels for legally questionable pornography, political misinformation and yes, harassment? But when the subject of that post responds after two years of keeping his mouth shut, now it’s necessary to talk about “appropriate venues” and one-sided testimony. Regardless of whose shit-flinging is closer to what truly happened, the arrogance and double standards on display here are cringe on a whole new level. What was that supposed to accomplish? What did they expect?

Looking at the replies, probably not that. Or this. Oh no there’s another one. Whoops!