What is the Pokémon Crown ROM Hack? - Everything to Know - Prima Games
Tips

What is the Pokémon Crown ROM Hack? – Everything to Know

This is super nerdy but in, like, a really cool way 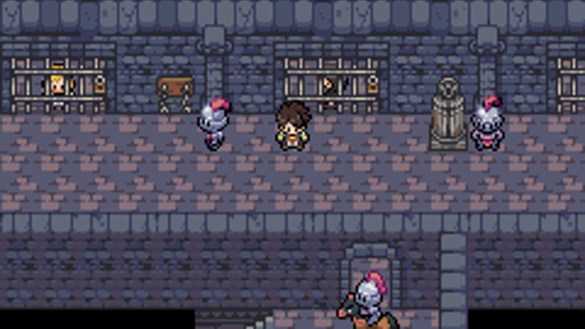 When it comes to ROM hacking, nothing has been as much of a constant throughout gaming history like Pokémon has. Due to the series’ relative simplicity but dense role playing, hundreds of growing developers have used Pokémon games to experiment and learn. Recently, a project called Pokémon Crown has gained notoriety in the ROM hacking scene, so naturally we’re seeing people look into it. Here’s everything we know about what Pokémon Crown is and why it’s interesting.

Related: How to Do Auto Battles in Pokémon Scarlet and Violet: Auto Battle Guide

At a base level, Pokémon Crown is a ROM hack of Pokémon Fire Red and Leaf Green, remakes of the original Pokémon games originally released for the Game Boy Advance. This hack takes the building blocks of these GBA titles and turns Pokémon into an “Auto Chess” game, basically a single player MOBA-like experience. But not only does Pokémon Crown introduce new battling mechanics to the game, it also has its own original story and world to go along with it.

The beta for Pokémon Crown was released to kick off 2023, so if you’re curious you can check it out for yourselves! The game is hosted on PokéHarbor, a site dedicated to fan projects that offers pre-patched ROMS so you don’t have to bother with the more… frowned upon parts of emulation if you aren’t comfortable with them. Here’s a feature list, which clearly demonstrates how this game is no longer recognizable as the ROM it’s built on top of:

This kind of amateur game development is fascinating, and goes to show how simply tinkering with things like emulation can lead to much bigger things in the long run.